Hasbro's Star Wars brand team has agreed to answer three questions from Jedi Insider fans every other week. Here are this week's questions and answers. This is the second round for 2008.

JI: We got a glimpse of the new Clone Wars AT-TE toy on a CNN news video clip highlighting products coming from Hasbro in 2008 the other day. Are there any details about this toy you can tell us now, like what kind of features will it have, will it come with any figures, what is the price point for it, and when is it scheduled to be released?

Hasbro: We can tell you it is real, and it is spectacular, set to debut when the Clone Wars line debuts. The rest of the details are strictly embargoed until *Toy Fair, though. (*Check back to JI on February 16th For Hasbro Toy Fair Coverage)

JI: Reader Question from Harkiri: I am a rogue squadron fan, I have bought the Rogue comic two pack with Hobbie and Baron Fel, I have Wedge Antilles, and I bought the Tycho Celchu figure, there is only one rogue from the movies still missing and that is Wes Janson....he is definitely a fan favorite...any chances?

Hasbro: You are definitely in luck. There is a Wedge slated for the next wave of Evolutions packs, right now timed for Fall. Look for more details on Wedge and his pilot cohorts at Toy Fair. Note: We believe there is a typo in this answer and that they ment to say Wes, not Wedge. By the time we read through this, everyone at Hasbro had gone home for the day and we were unable to get clarification. We will update this one next week once we do get their clarification. UPDATE: Hasbro has confirmed for us that it is Wes Janson that will be coming in the next wave of Evolutions packs.

JI: We know there are toys coming that are based on the new Animated Clone Wars series, but can you tell us if anything is planned for the live-action television series that takes place between "Revenge of the Sith" and "A New Hope" that is also in the works?

Hasbro: We have no updates on the live action series. You can be sure that we will be looking at it for possibilities when we know more. 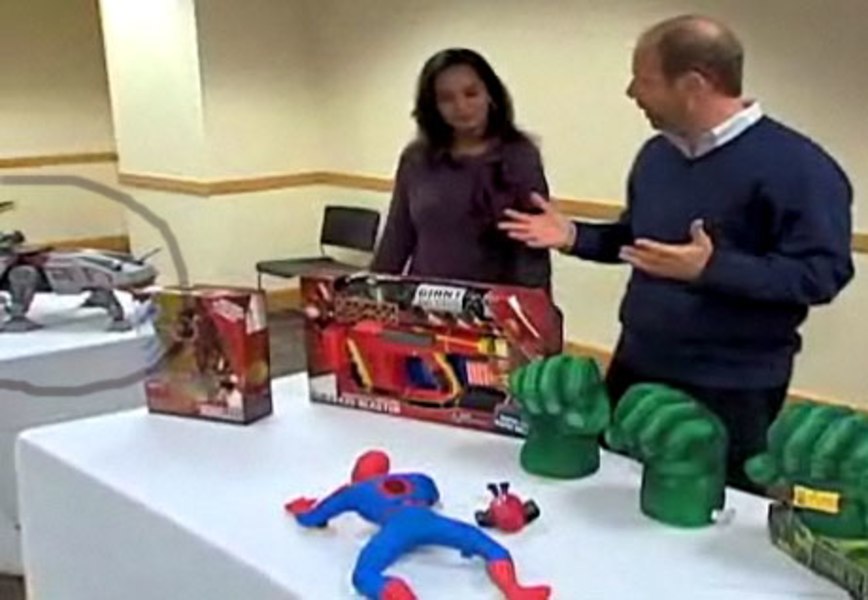