Jay Cochran - September 27, 2019
Yesterday we were bombarded with a lot of official reveals from companies for the upcoming Star Wars: The Rise Of Skywalker movie including those from Hasbro for their 6" Black Series line.

One of the figures you may have missed though which was shown off during the Triple Force Friday live-stream video but missing from Hasbro's official images was the 6" Black Series C-3PO figure for the upcoming movie. I don't know if the official images of the figure were held back by Hasbro because it contains SPOILERS that have not yet been shown in the trailers or what.

Right off the bat you might think the figure would feature red eyes which was something we saw in the trailers, but no that does not appear to be something included with this one. The figure does however include Chewbacca's bandolier and bowcaster pistol.

Now for those of you who have been following all the Rise of Skywalker news closely since the movie was announced, this isn't actually the first time we've seen this look for the protocol droid. Several months ago images leaked out for what seemed to be an early concept for the movie poster. The poster was quickly proclaimed to be fake by the likes of Mark Hamill himself, but now based on yesterday's reveal that doesn't quit seem to be the case.

The figure also includes a second new very small character who apparently goes by the name of Babu Frik. In the Triple Force Friday streaming video Frik is described as being some kind of droid maker who C-3PO actor Anthony Daniels himself said was a character he had grown very fond of. The tiny figure has a working visor you can lift up on it.

You can check out images of the upcoming C-3PO figure along with Babu Frick from the Triple Force Friday video below. It's not100% clear if this one will be released next week on 10/4 or possibly held back for it's potential SPOILER nature.
Image 1 of 6 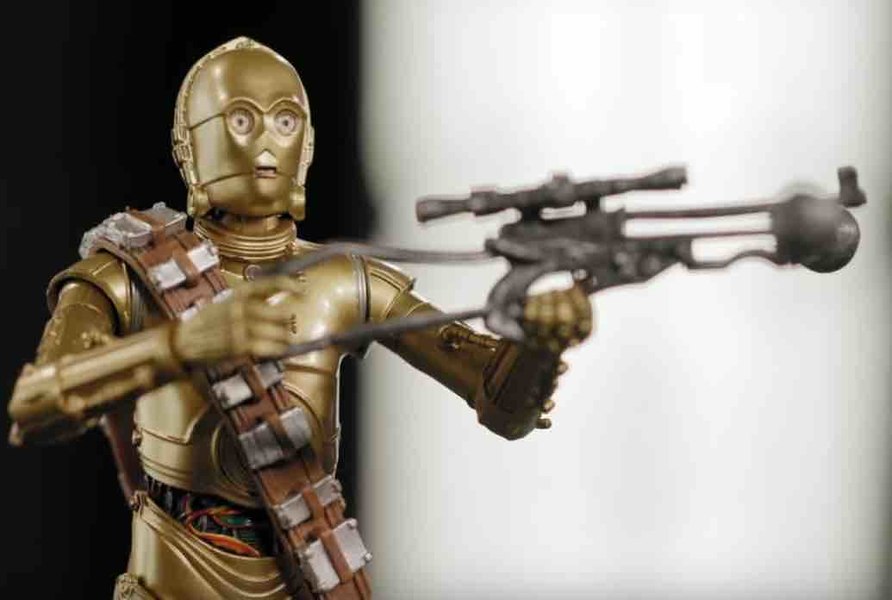 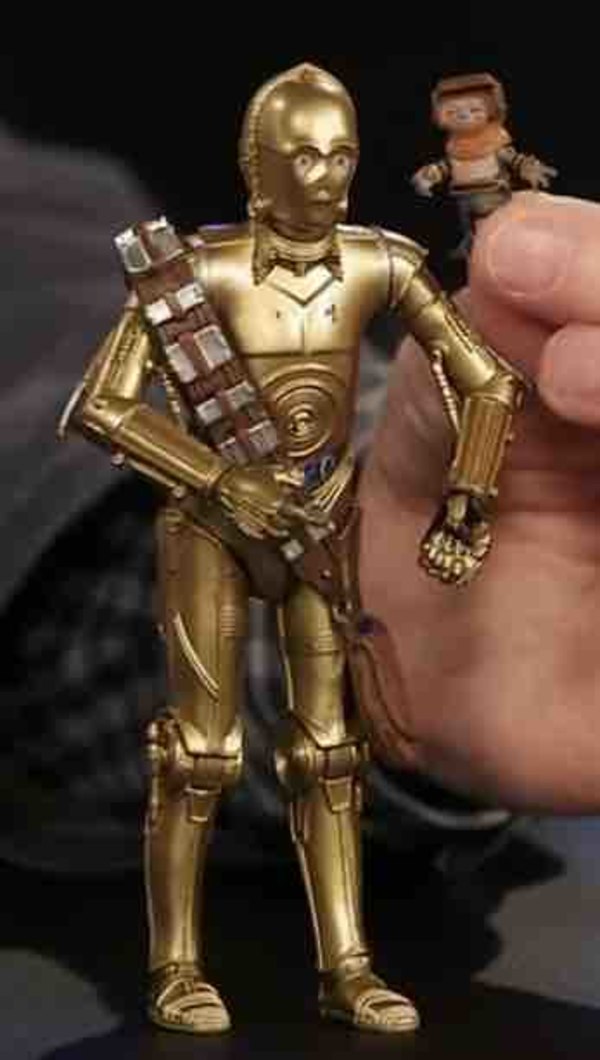 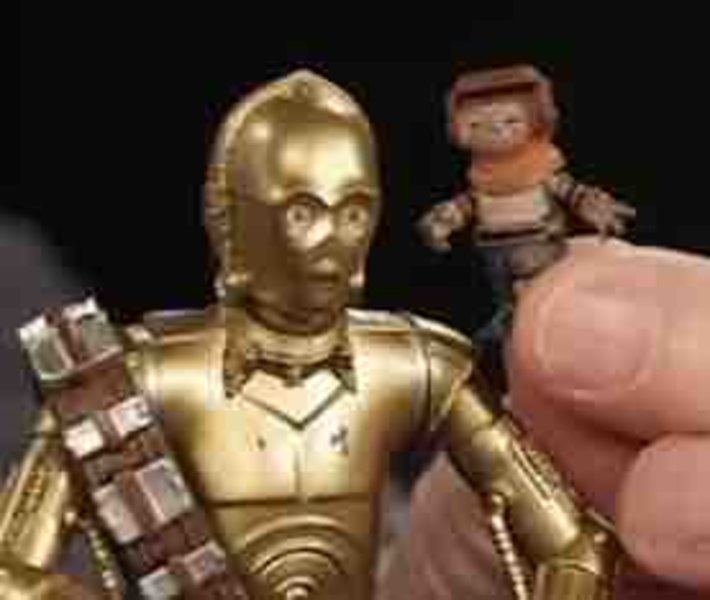 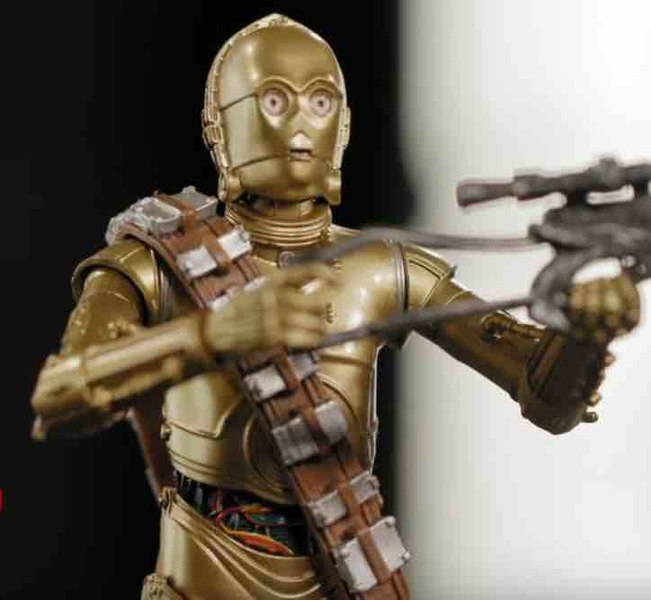 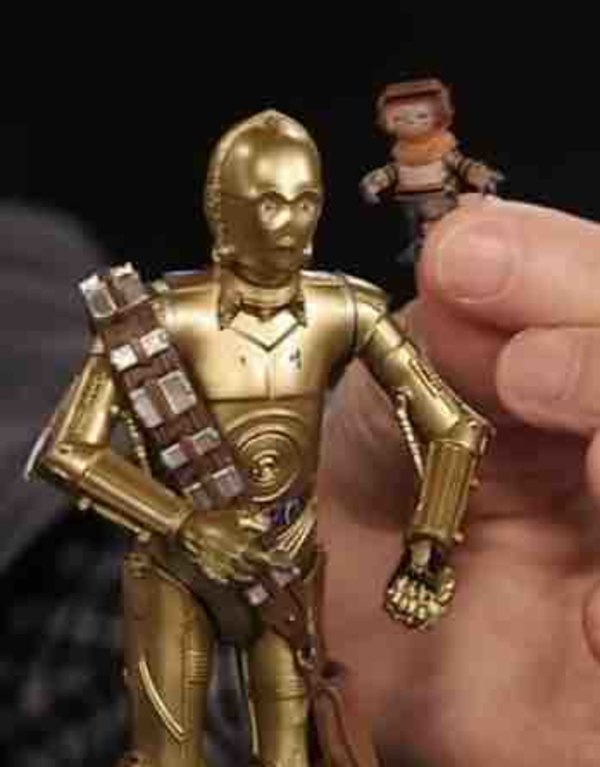 And, is the TROS trying to emulate the ewoks with small characters like Babu Frik. The Porgs were a huge success, not.

We are finally getting a definitve C-3PO Black Series figure with working piston arms ( probably from the 4-LOM figure sculpt). I only need a silver Sharpie to transform this in to a "New Hope"version.