What Do You Collect? 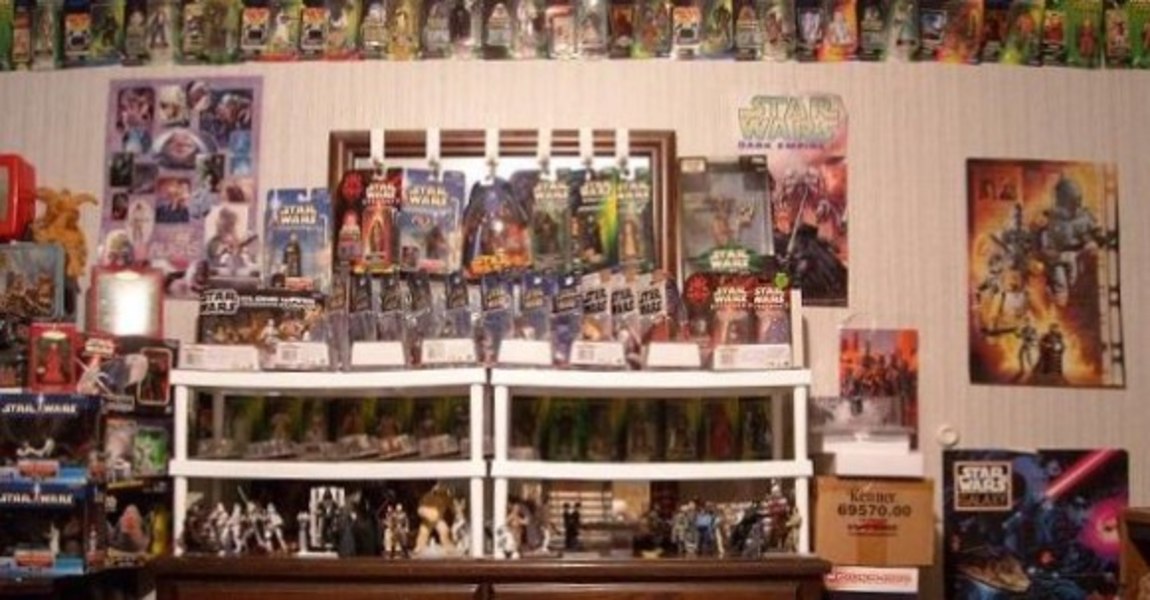 We can't all have collections like Steve Sansweet, but, that doesn't mean we can't have something to be proud of, and enjoy.

Personally, I've been collecting since 1978; 3 3/4, 12", Micro Collection, comics, trading cards, and more. Like a lot of people, my attention shifted to G.I.Joe and Transformers around '83/'84, followed by the comic related figures of the 1990's. It wasn't long, though, before I returned to that galaxy far, far, away. Watching the movies on vhs, collecting the Dark Horse comics and Topps Star Wars Galaxy trading cards, the Timothy Zhan trilogy, and picking up the occasional vintage item here and there. Then came the ad in the March 1995 Previews catalog,..New Star Wars figures? Wha?! The hunt began! The Star Wars trilogy returning to theaters?! Shadows of the Empire?! Episode 1?!?

When The Power Of The Force began, I tried to 'collect them all', for a while.
long and short trays, hand variations, holo stickers, Collector Series (12"); but, around the green card/Episode 1 figures, stuff happened, and I had to cut back. I still bought some, here and there, Episode 2/"'Saga", ROTS, Vintage Collection (Still some of my all-time favorites, I'm a sucker for the nostalgic packaging) 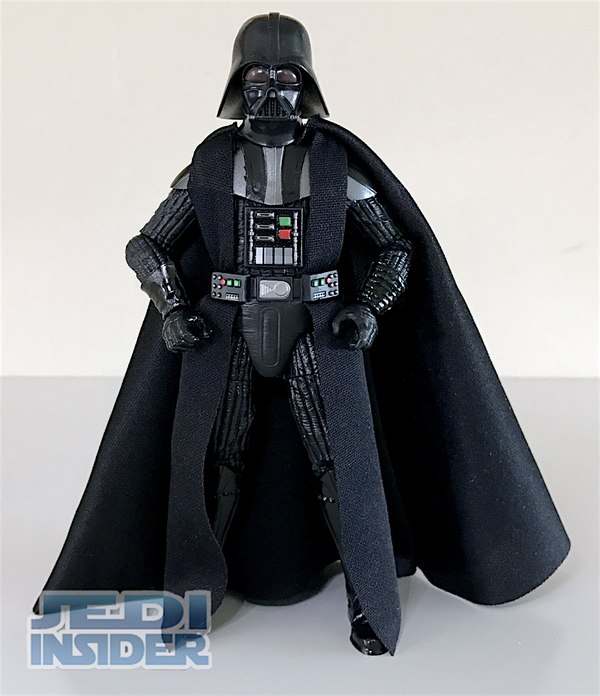 I managed to avoid the Black Series for a while (Possibly a topic for a future post?), but, finally gave in a year or two back. While the Vintage Collection were becoming tough to find, and a little too pricey for my tastes, a couple of key Black Series figures, as well as, some really good deals. took my collection in a slightly different direction. 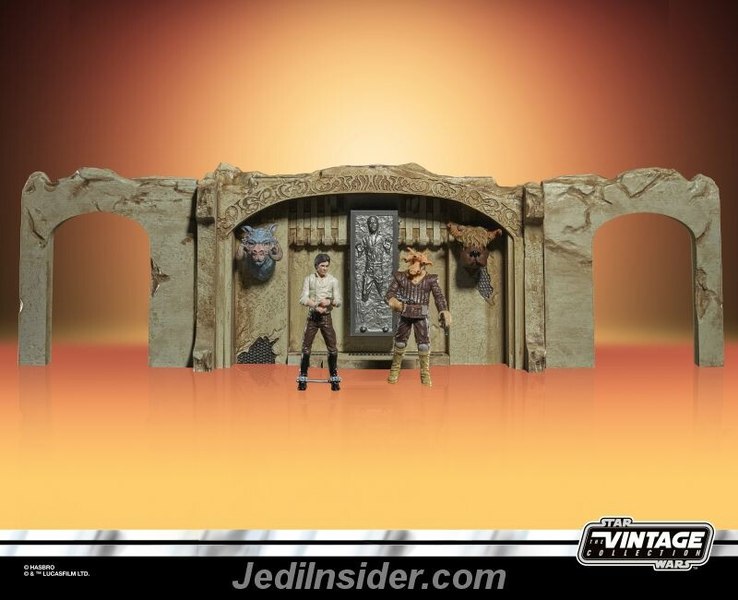 Lately, I've also been able to fill in some gaps in my 3 3/4" collection, and after receiving the "Jabba's Palace Adventure Set" my interest in the scale is reinvigorated. I really hope these 'environments/"playsets" succeed, as well as, the improvements like the "PhotoReal" paint decos, that give new life to the scale.

So, how do you feel about the hobby? What do you like to collect? Feel to join the discussion! '

At the moment i mostly collect Transformers, i sorta finished my Plasma Dragons collection (since some figurines broke) andstill building my Marvel Legends collection.

But i plan to grow my Marvel Legends figure collection and i would love to get some NECA figures someday, along with some bit of importa ?

I mostly collect 6 inchfemale figures within DC and Marvel lately. But my collection is mostly made up of 4 inch dc, Marvel, and Star Warsfigures.

Mostly 4" as I considered it the ideal scale for Star Wars, most of it is in boxes but I have a nice collection. I stopped collecting because one day I decided that I was mostly good with what I have and what Hasbro was releasing wasn't need to get. I also have a few Black Series here and there but I haven't gone in completely on the line yet.

Mostly 6" figures from Empire with an occasional outlier, and I have a few statues and 12" figures, as well.

^I know the feeling,, all of the stuff in that first photo is in storage at the moment, from a previous move. Most of what I have sitting in front of me is Black Series, with some 3 3/4" here and there. I hoping to remedy that in the next year.

I don't have pics of my collection ATM... or have it set up at all right now... bit between movings... but for SW I only collect Black Series. I've focused mostly on scoundrels, rebels and bounty hunters. Allegedly. Because I have a lot of troopers, jedis, siths, and background characters?

Nice to see what everyone collects! I started collecting as a kid with teenage mutant Ninja turtle figures. I unfortunately only have a few from my childhood but continue to collect TMNT, comic books, marvel legends, star wars black series, and some transformers. I stopped collecting in my teenage years, mostly because of chasing the ladies. Once I got older I fell back into collecting/reading comic books and came across some of my old Spiderman figures from secret wars and Spiderman classics. I found pizza spidey and scarlet Spiderman marvel legends at my local comic store and just had to pick them up. At first I thought I would just keep them in box and be a mint on card collector. Later though, after finding A.C.B.A. my mind was blown! The way these guys were posing and taking pictures of their figures was amazing. Seeing the pictures from articulated comic book art changed the way I collect, now I can't wait to crack open and pose my figures! TMNT probably is the most nostalgic for me. Ufortunately there's not many tmnt figures out there these days. I have the cartoon and movie turtles from neca but I didn't get my hands on the NECA shredder/splinter SDCC set this year. I have my fingers crossed for a future release of the figures. That's about it for my collecting story so far, who knows what the future holds.

MOSTLY 6 inch. I stopped collecting around 2006 or so. I just grew out of it I guess. Had a pretty sizable collection sitting in storage that I ended up selling around 2013/14. I had always kept an eye on the toy aisle though. So I was aware of TVC and TBS and 6 inch and all that. In 2014 my fiance bought me a TBS 6inch FO Stormtrooper because she knew how much I LOVE the design, and that basically sent me spiraling back into it lol. Now I grab a little bit of 3.75 every now and then, but mostly its 6 inch only for me. They feel like the toys I had as a kid, but grown up. And they got me into my passion, toy photography. Basically I base all my purchases on how photogenic the toy is, and thats usually why 6 inch wins out every time

I also collect lightsabers. Not official ones, 3rd party stuff is much higher quality. You can actually fight full force to the point that you need fencing protection with these