Product Backstory
At the time of their introduction, the Republic clone troopers represented the future of galactic warfare. Far superior to the battle droid armies of the era, the clone troopers formed the backbone of the Republic's new military initiative that battled against the forces of the Confederacy of Independent Systems. So pervasive and symbolic were they of the times, the galaxy-wide conflict that saw their debut took its name from their ranks: the Clone Wars. It would be a long and bloody conflict in the years to come, but the efficiency of the clone trooper infantry would be proven time and again on many scattered worlds.

Identical in form, physical prowess, stamina and mental capacity, each of the first generations of clone troopers were fully encased in hard white armor, each identical face concealed behind a t-shaped visor. Color-coded flashes on the armor denoted rank and eventually came to signify individual units, who often became more customized with mission specific gear and armor modifications. Units such as the Galactic Marines, the Shock Troopers, the Attack Battalion and the Star Corps had distinct armor variations that made them stand out.

Recognizable for the grey flashes on their armor, the 41st Elite Corps was a legion of the 9th Assault Corps. This legion included AT-RT drivers, scouts and swamp troopers, among others, and specialized in extensive patrols of alien planets, often enduring grueling conditions while acting as peacemakers with the native populations. The 41st Elite operated under the command of Jedi General Luminara Unduli and Senior Clone Commander Gree, both of whom were lost during the initiation of Order 66. 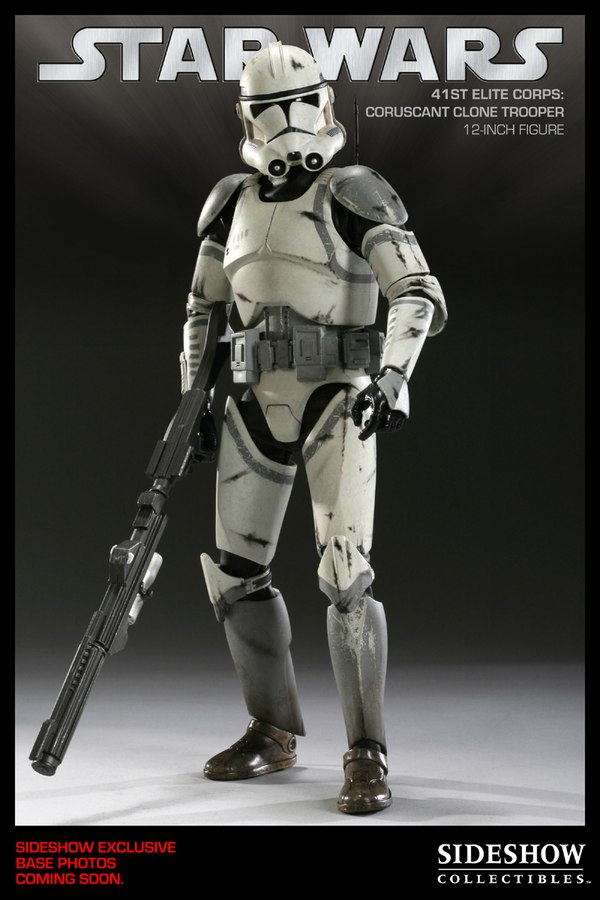 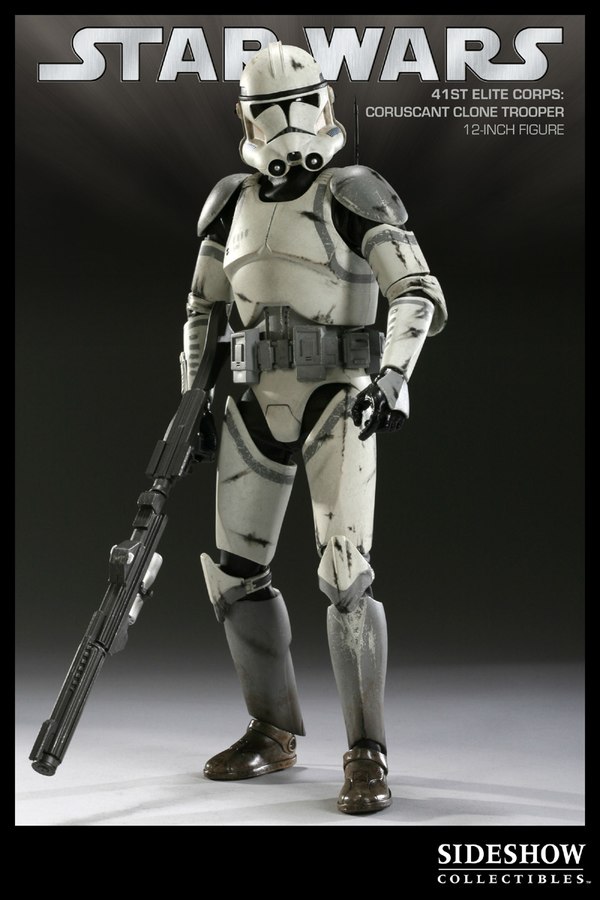 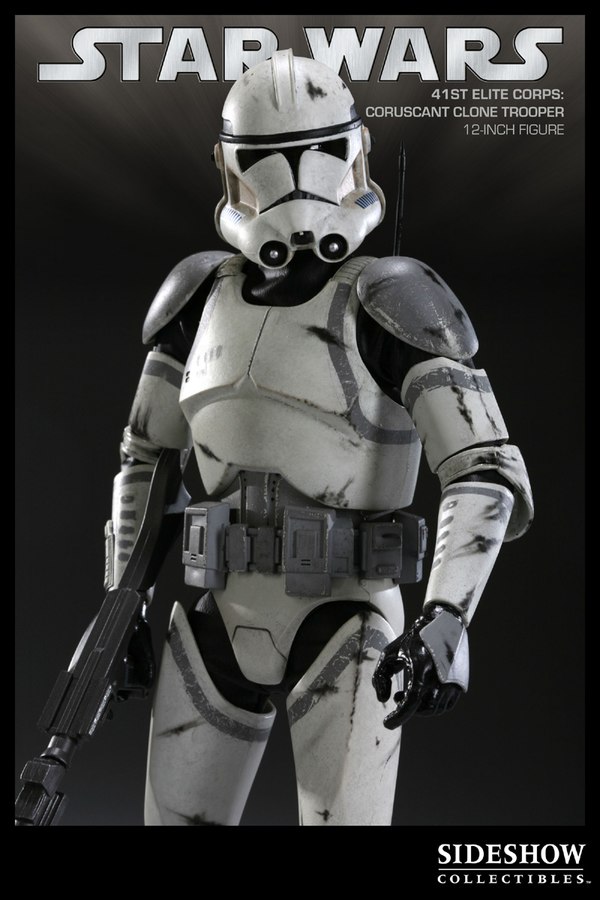 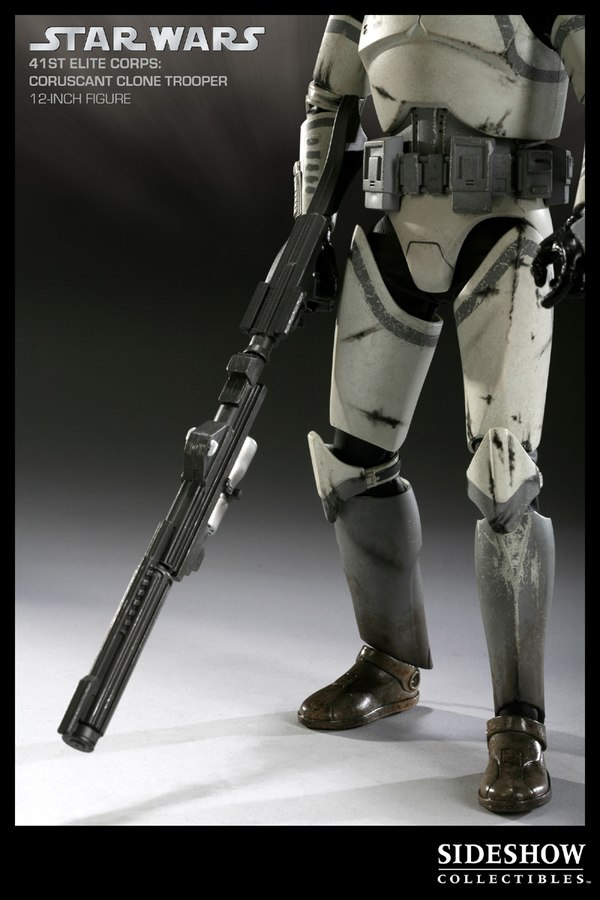 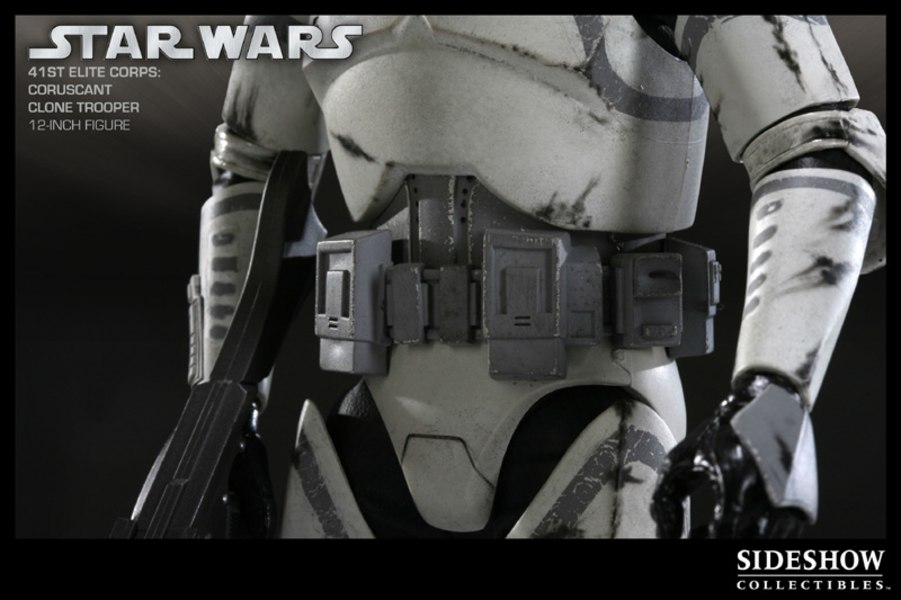 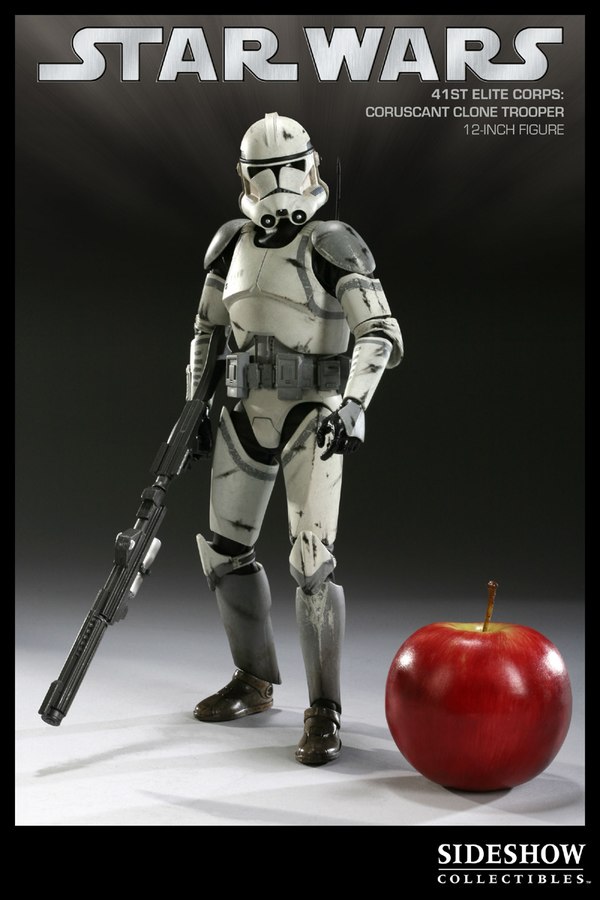 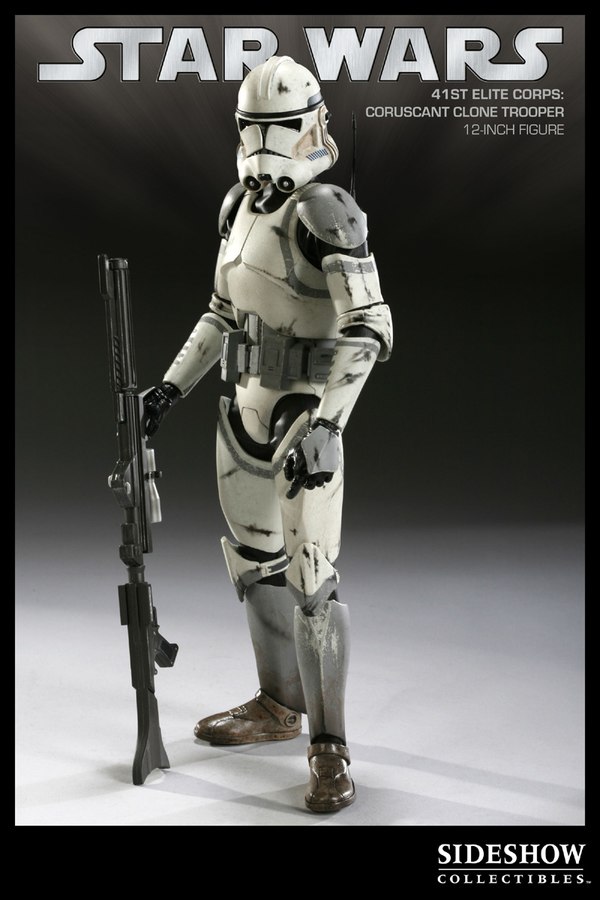 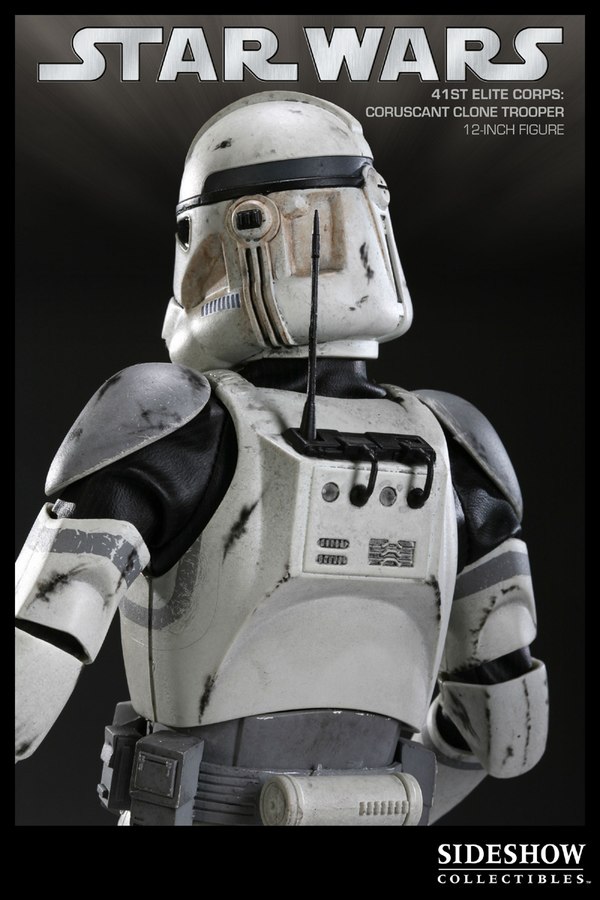 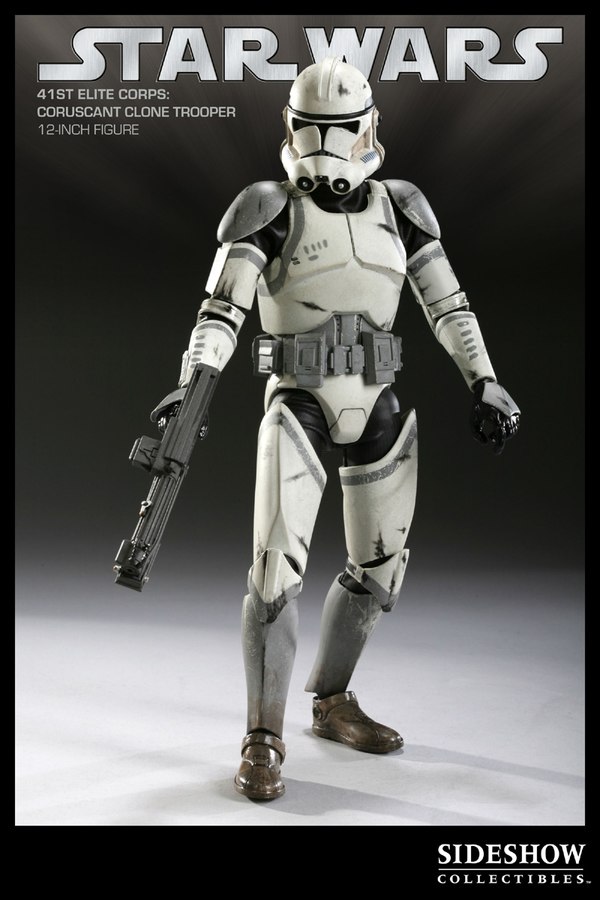 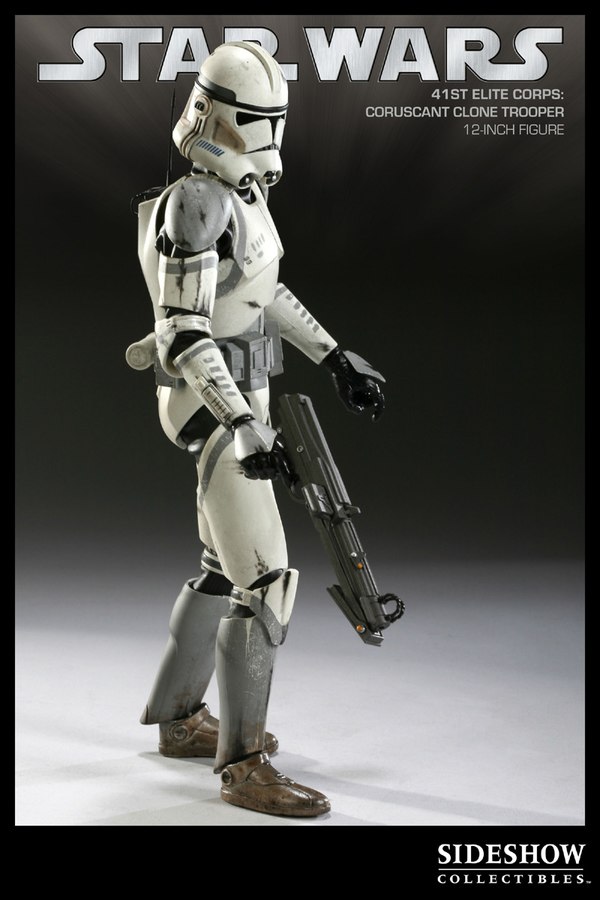 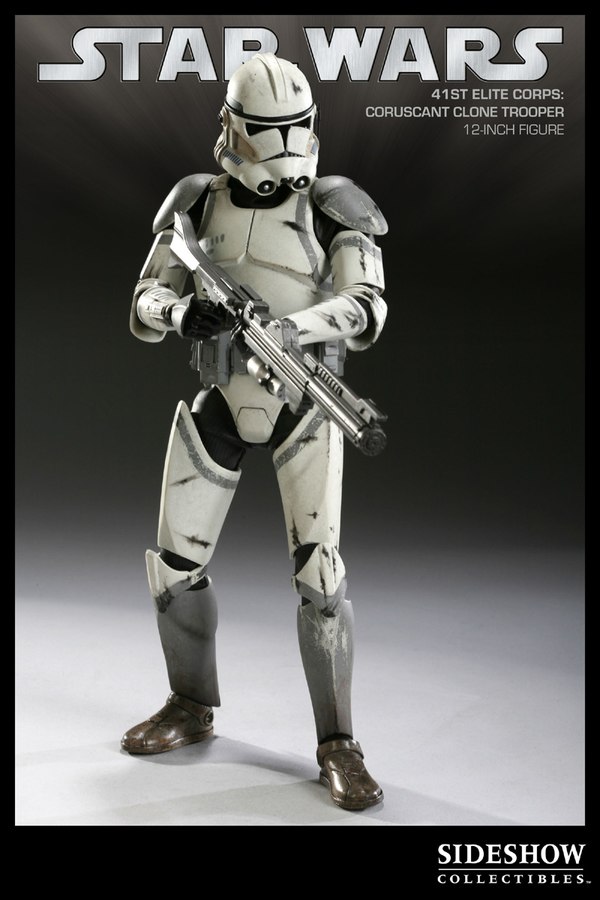 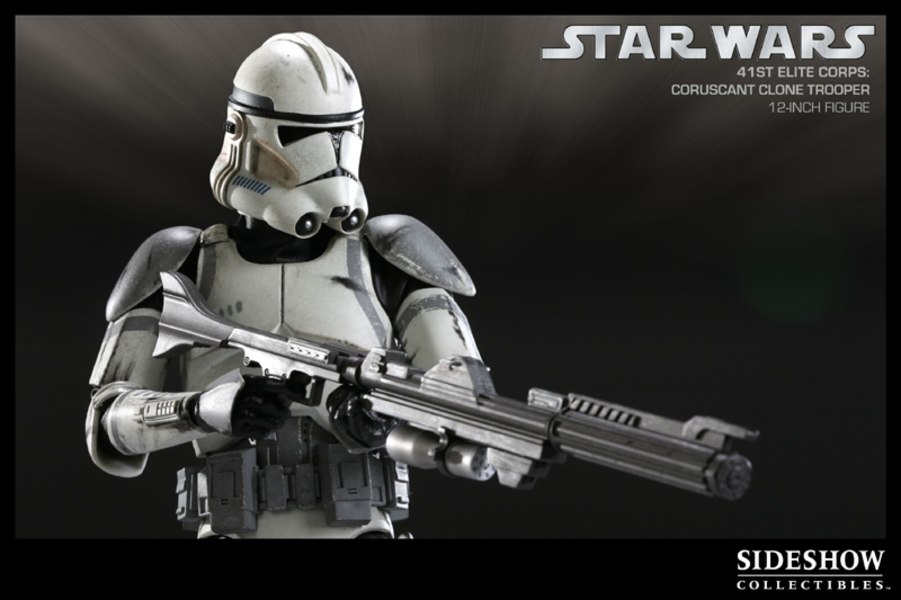 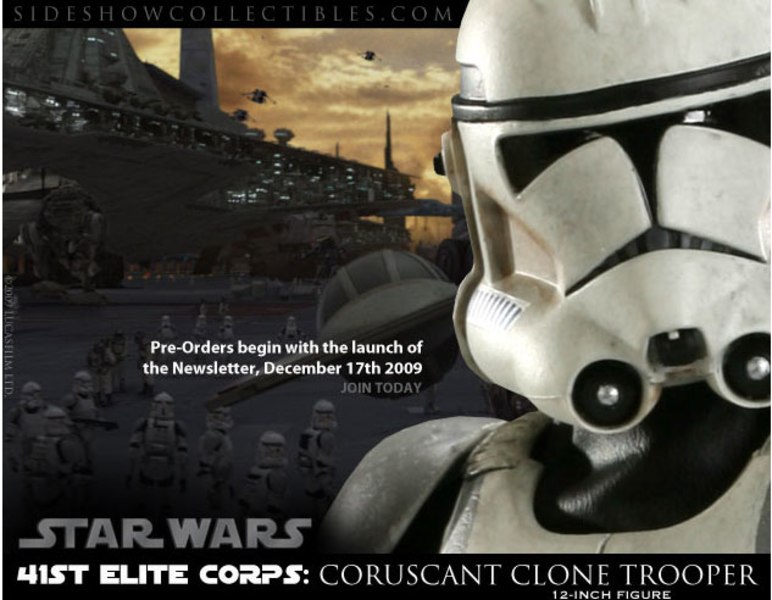 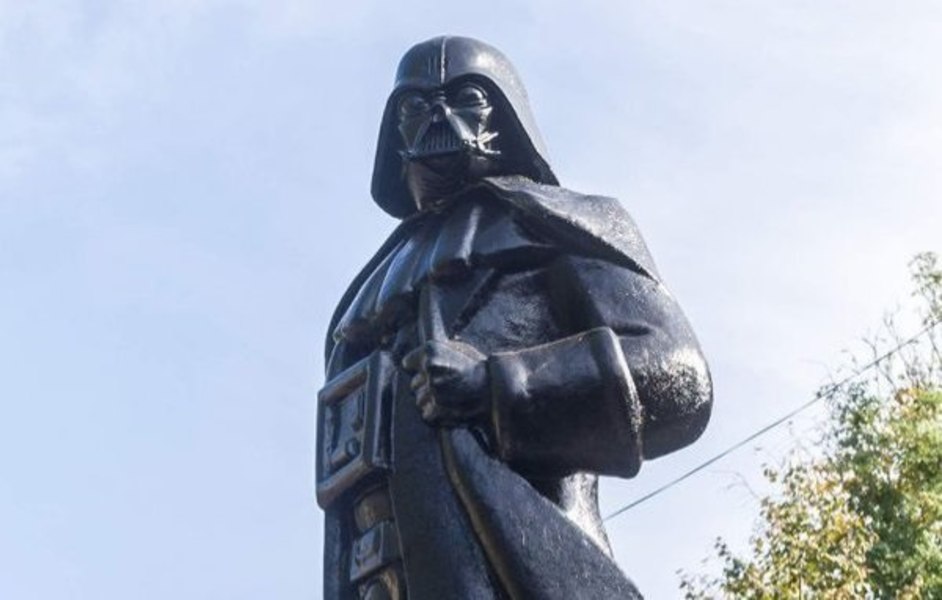