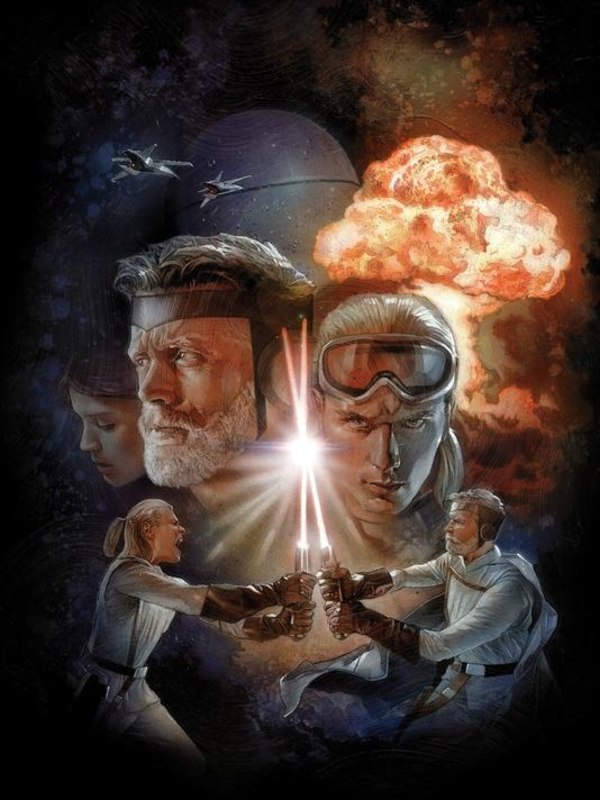 Back in April, Dark Horse Comics announced it was turning George Lucas' original Star Wars rough-draft sceenplay into an eight-issue series. On Thursday, we finally got a look at what the new comics will have to offer thanks to a new book trailer. The comics, like the old screenplay, are called The Star Wars. And, surprisingly, Luke Skywalker is a general this go around and he looks a lot like George Lucas, with a head of white hair and a matching beard.

Annikin Starkiller is the hero . . . Luke Skywalker is a wizened Jedi general . . . Han Solo is a big green alien . . . and the Sith are still the bad guys.

The new series will hit comic shops and DarkHorse.com on September 4th.

Here is the trailer

We must be running out of good ideas for comics and such...