Bespin refugee - October 05, 2007
In Knights of the Old Republic, some 4,000 years before the Battle of Yavin (3946 BBY, to be exact), Darth Malak was Darth Revan's unfortunate apprentice...and in true Sith tradition, betrayed and attempted to murder his master. The end result of this attempt left him horribly disfigured by taking a lightsaber blade to the mouth, and as such, now needs to wear a special apparatus to help him speak. Hmm...this sounds kind of familiar, huh?

Malak, in contrast to Darth Revan, is a slightly better figure than I expected. Just like in the PC game, he wears a bodysuit right out of a comic book superhero's wardrobe: tights that are so skin-tight to the point of being able to see the man's pecs from across the room and a long, flowing cape! But one can overlook this embarrassment in light of the figure's strengths. Malak is an odd combination of articulation joints that actually do work well together overall. Ball-socket joints in the shoulders and knees, angle-cut joints in the elbows, swivel joints in the wrists and straight-cut joints in the neck, torso and hips give Malak a fair range of movement, though he lacks any articulation in the ankles. But, I must keep in mind that, like Vader, Malak is a broken man put back together with the technology of the day, so he's not exactly going to be the most agile adversary. I like how his cape is offset to one side, draping lower to the ground on his right side. To me, it seems to show his imperfection in a subtle way.

As I mentioned before, Revan gave Malak a saber smackdown that kept him from shooting his mouth off again...forever. Mainly because Revan removed most of Malak's lower jaw and larnyx for him. In its place, a hideous metal vocabulator apparatus was grafted onto Malak's face to allow him to speak. This apparatus is removable, allowing you to admire Revan's handiwork. Gross, huh?

Malak's paint scheme is very similar to that of Revan, favoring a muted red bodysuit with etched yellow piping and black cape, boots and loincloth. A gunmetal-colored belt with a clean red stripe around the upper edge surrounds his waist, with the aforementioned loincloth draping beneath it. The soft, rubbery plastic of this piece allows Malak to bend his legs into a sitting position if needed. He also wears a heavy gunmetal bracer around his neck to which the vocabulator attaches to. His head also features dark grey tattoos that run the length of his skull, joining together in the back in the shape of an arrow. I'm certain that this was not intended to actually an arrow, but some archaic Sith symbol. Nonetheless, the entire paint scheme is crisp, neat and no problems with the exception of a small spot on the back of his left boot where the paint looks like it rubbed off.

Overall, I am much more impressed with Revan's apprentice than I was with Revan himself. This is a good, solid figure with a LOT of personality, even if it is a tad on the griesly side. Darth Malak will feel right at home with "Burn Victim Anakin" from the ROTS line. I would recommend snagging this figure if and when you come across him! 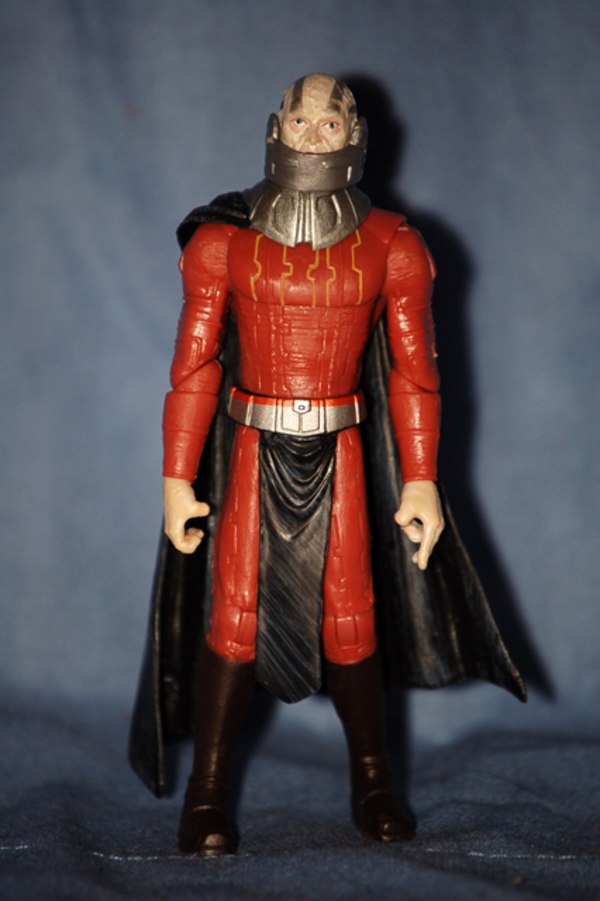 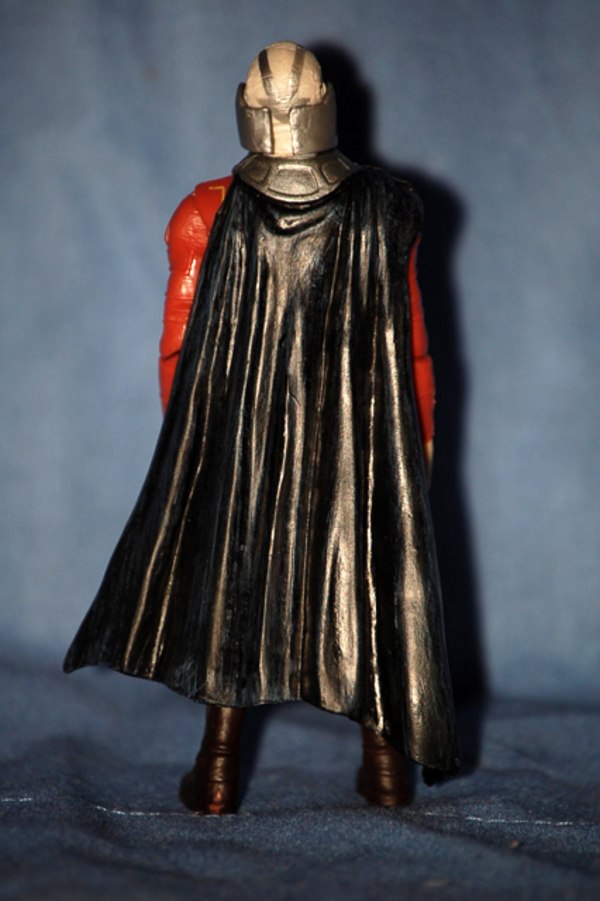 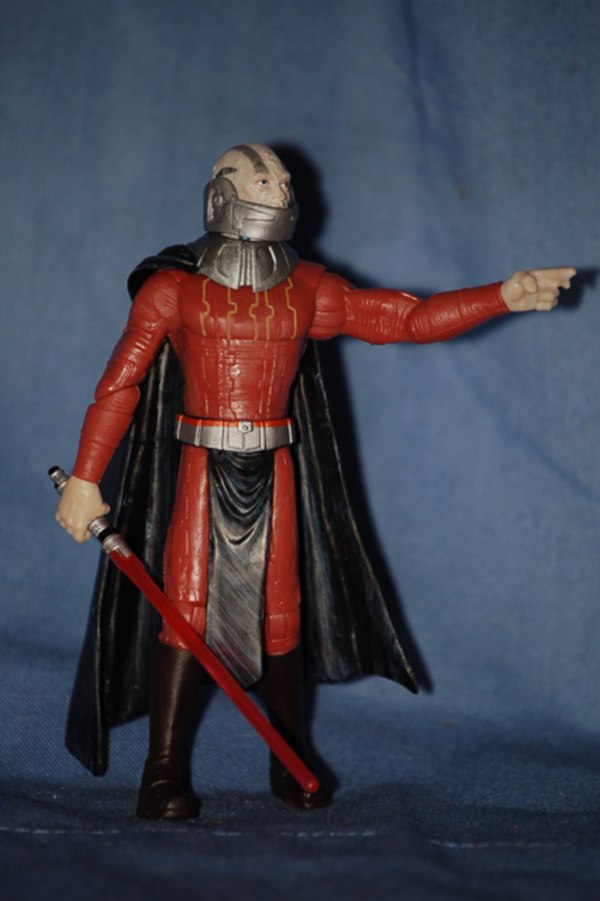 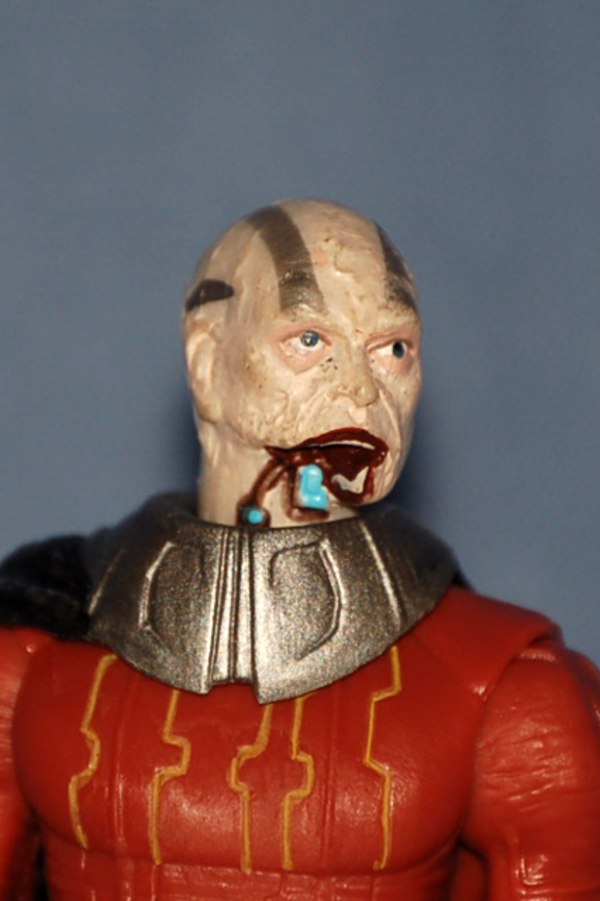 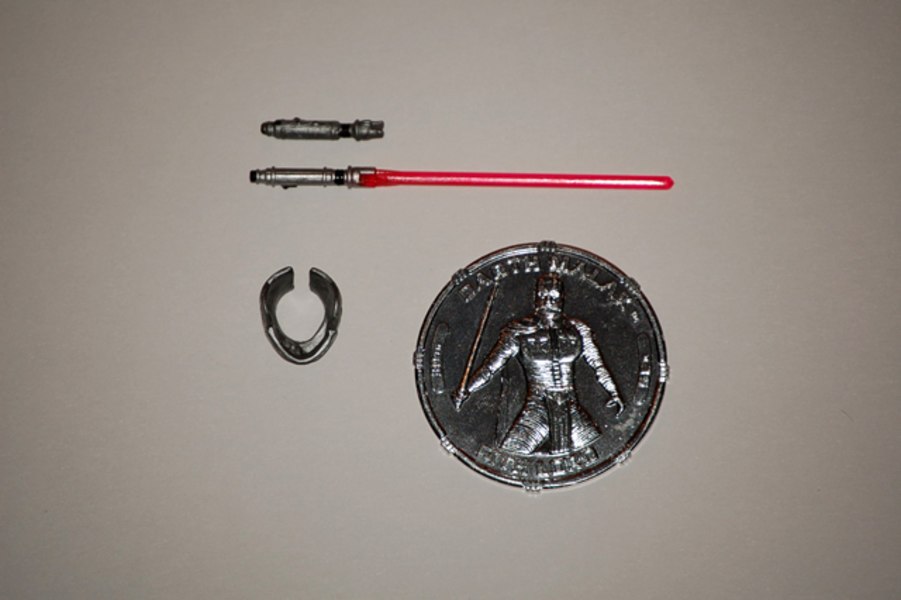