Bespin refugee - January 17, 2012
This February, Topps returns to the Star Wars universe with the Star Wars Galaxy 7 Trading Card Set. In addition to the base card set, you can also look forward to a number of subsets and premium inserts, including sketch cards, and sketchographs. Below, you can see some of the sketch cards done for this set by artist Lak Lim; while this is his first Star Wars card set, he has also worked on a number of Marvel sets (starting with 2008's Marvel Masterpieces), as well as Red Sonja, Vampirella, Voltron and Walking Dead. Here's what Lak has to say about his work for Star Wars Galaxy 7:

"Since I been working on sketch cards. Star Wars was one of the properties I really wanted to work on. So I was extremely excited and grateful to have the opportunity to work on the Star Wars Galaxy 7 set. I'm not as familiar with the universe compared to most of the other artists on the set. So I had to look up most of the characters besides the ones depicted in the movies. It was a bit frustrating trying to come up with characters to draw when you don't know that much. But I learned a lot as I researched characters to draw. I would read the Wookiepedia information about characters of the Star Wars universe. So I know a lot more now than when I first started lol. Darth Vader's helmet was a difficult to draw at first because its so unusually constructed. But after a few attempts I got used to it. Because of my unfamiliar with the characters, I wasn't able to make up as many scenes as I'd like. Hopefully if I get invited to the next Star Wars set, I'll be able to do that."

On a sidenote, If you're interested in sketch cards, Lak has created a group on Facebook called Sketch Card Fanatics, where collectors and artists discuss their latest artwork.
Image 1 of 7 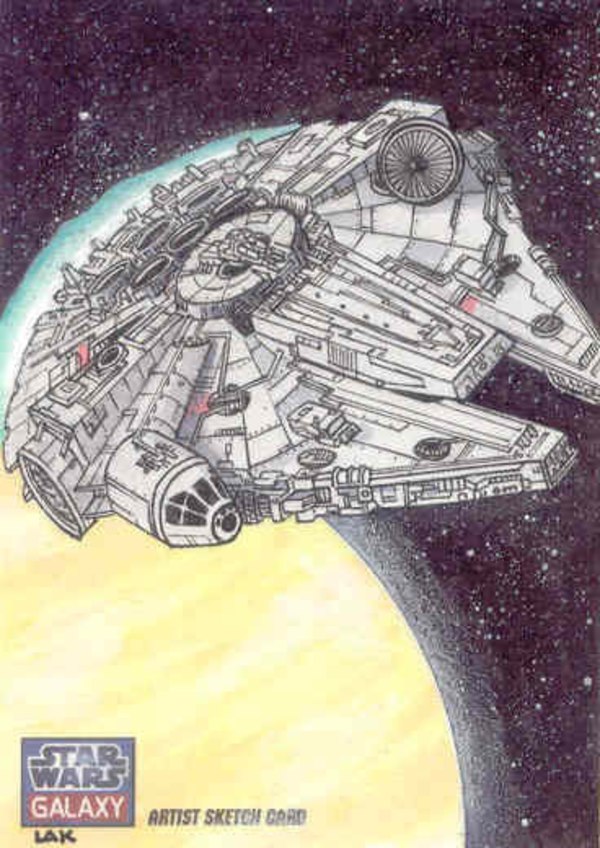 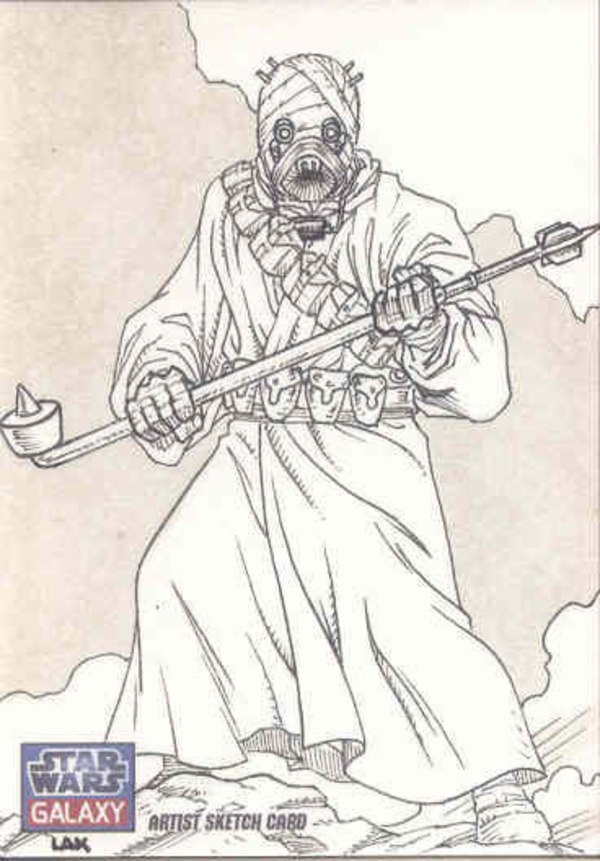 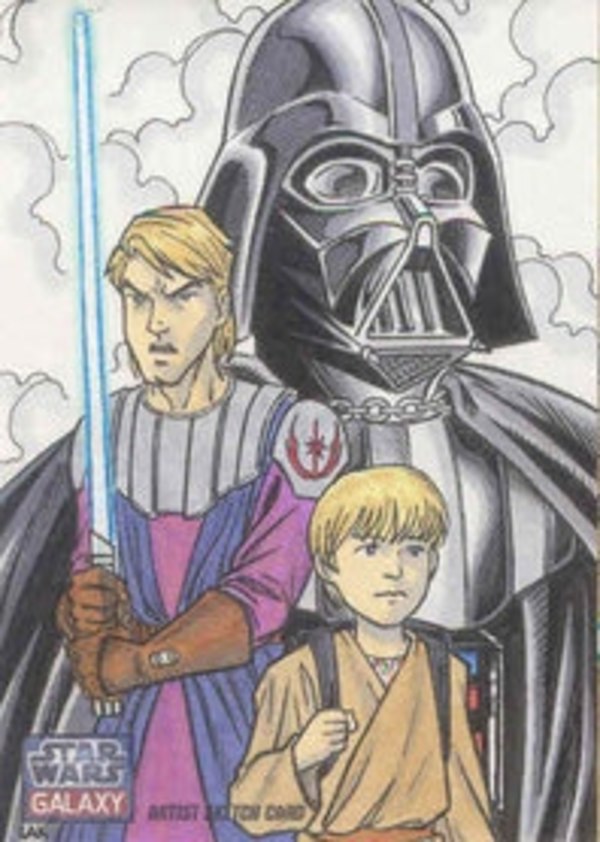 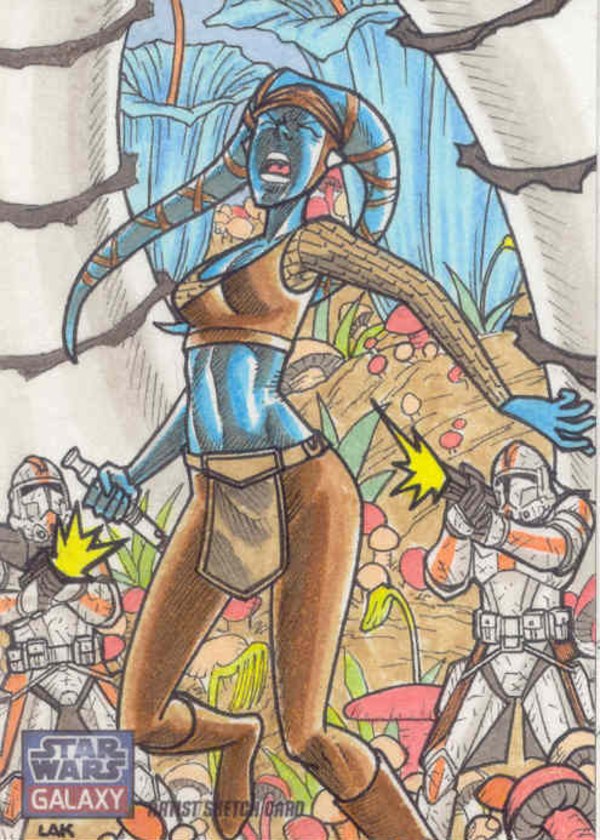 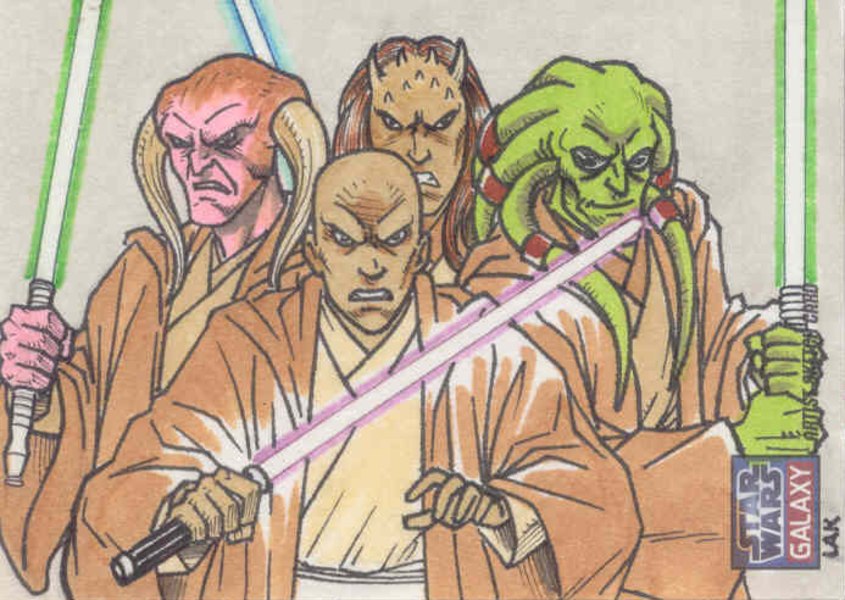 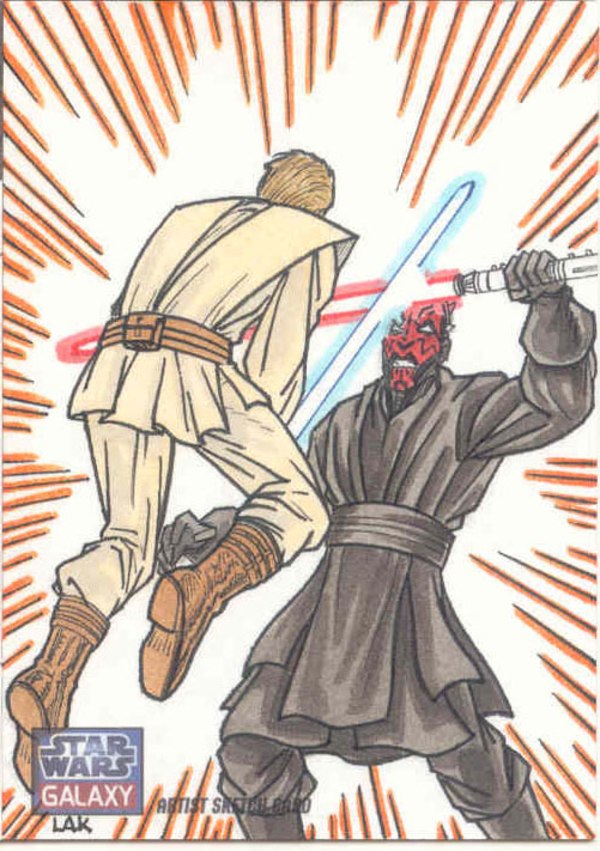 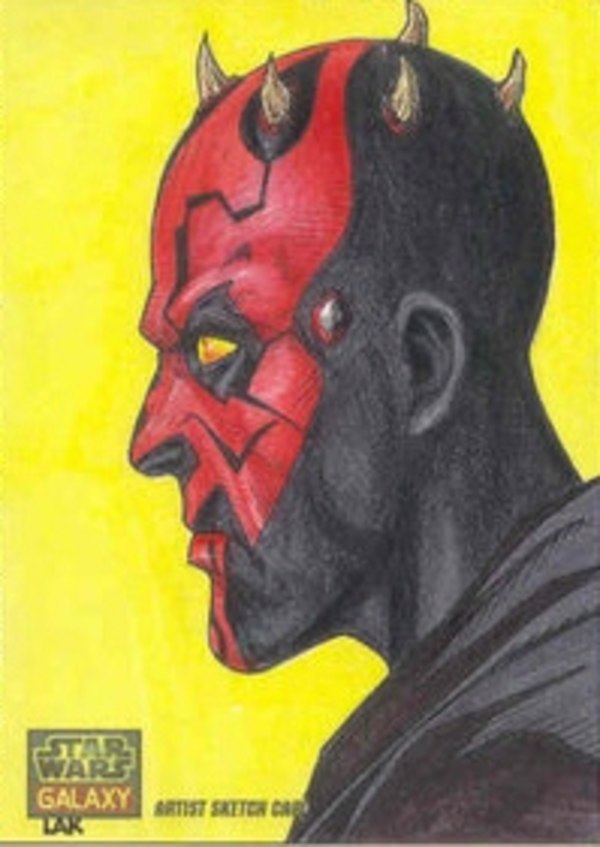 Hmmm...I haven't bought a non-sport card set in years. I might have to check these out.