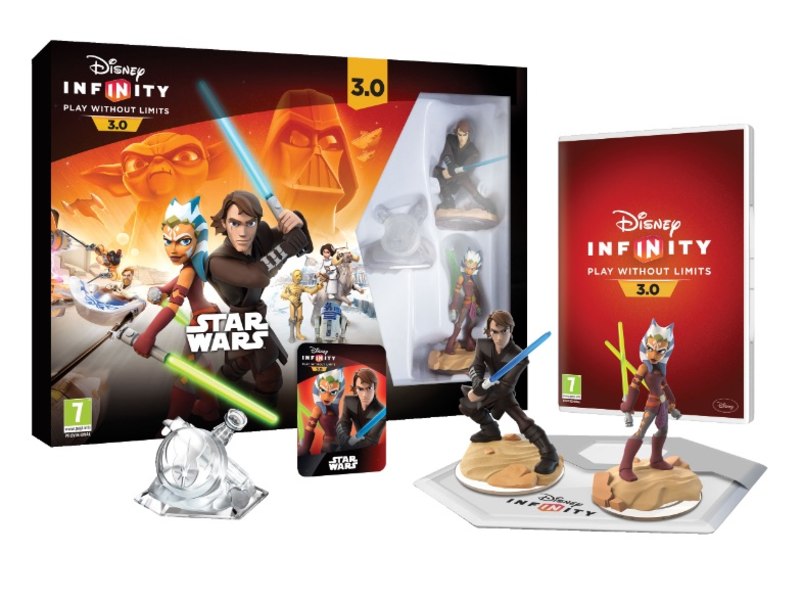 Here's your first look at the Disney Infinity 3.0 - Star Wars Starter Set, with Ahsoka Tano and Anakin Skywalker figurines; no official info has been released at this point.
(Source: Yakface Forums)

First Look At "Twilight Of The Republic"

First Look At "Rise Against The Empire"

I don't know about that, seems to me like SW and Marvel would fit just as well as Pirates of the Caribbean. Although they are so huge in number of characters, locations, and fan base that having their own games (with some cross compatibility) would make the most sense.

I don't seeing it being a good fit to include Star Wars(or for that fact Marvel Characters) in the Infinity games, but I could see Disney deciding to give both their own Infinity type games.