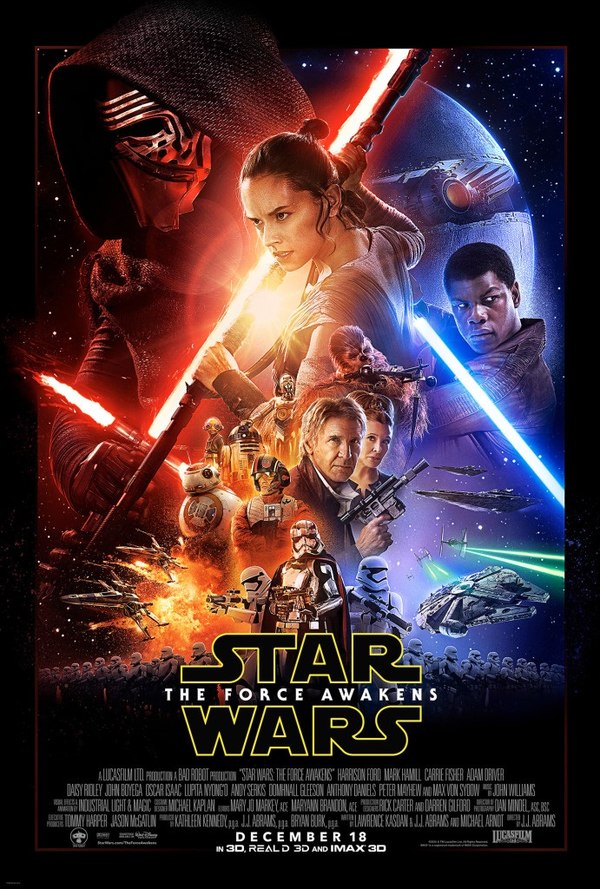 The official theatrical poster for Star Wars: The Force Awakens has now been revealed; there will also be an exclusive look at the film during ESPN’s Monday Night Football. On October 19th, tickets will go on sale; there will also be special events, including marathon screenings of all seven films, Check out StaWars.com for more information, including a list of participating theaters.

Star Wars: The Force Awakens will be released in theaters on December 18th.