Coming off of the record-setting first season of Star Wars: The Clone Wars, Cartoon Network announced today it will premiere a full slate of 22 all-new episodes for season two of the critically acclaimed and top-rated CG-animated series from creator George Lucas and Lucasfilm Animation. The special one-hour season two premiere event of Star Wars: The Clone Wars airs Friday, October 2, at 8 p.m. (et/pt).

Fierce battles, expanded storylines and ground-breaking animation raise the stakes in Star Wars: The Clone Wars - Rise of the Bounty Hunters. The lives of the Jedi become more complex as secret and forbidden relationships are revealed and a new breed of villain enters to take advantage of the wartime turmoil. Season two introduces these lawless rogues into the fray along with a host of new characters, locations and creatures. Set against the spectacular backdrop of the Star Wars universe, The Clone Wars is bigger, bolder and more intense than ever before.
Image 1 of 1 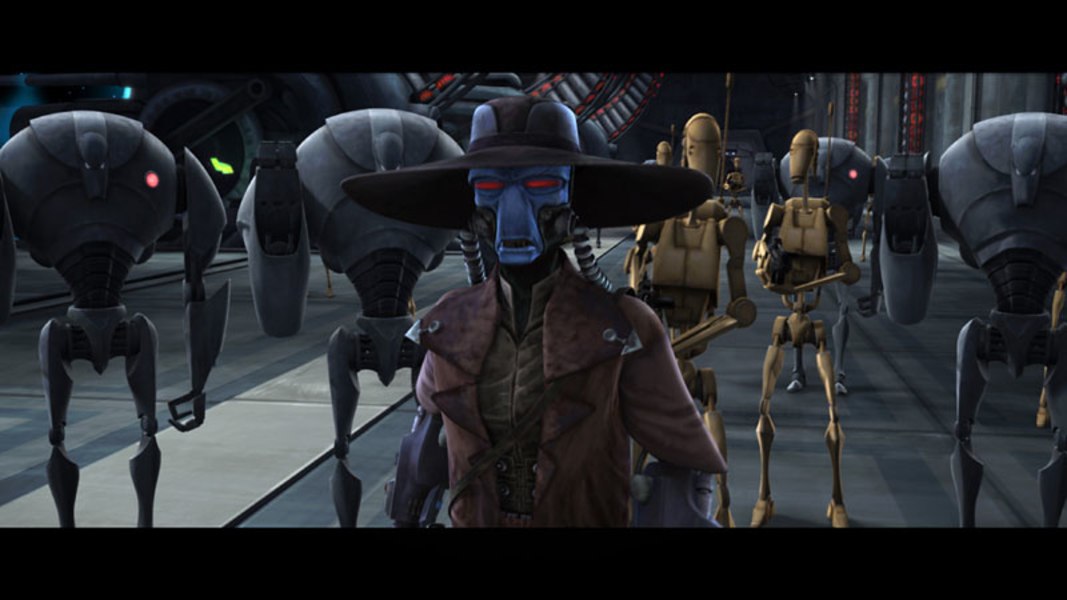