Ringed by many moons, the remote sanctuary of Utapau plays host to the ever-mobile Separatist Council. Buried deep within one of the planet’s numerous life sustaining sinkholes, the assembled trade and commerce barons of the Confederacy of Independent Systems have set up a secret base-of-operations.

When the audacious attempt to kidnap Supreme Chancellor Palpatine is foiled by Jedi knights Obi-Wan Kenobi and Anakin Skywalker, General Greivous, cunning leader of the droid armies, retreats to Utapau to lay low. Here, surrounded by thousands of droids, and with no resistance from the peaceful, subdued Utapauns, Grievous hopes to remain hidden.

When a Republican intelligence unit intercepts a diplomatic packet from the Chairman of the Utapaun system, General Grievous’ hiding place is revealed. Immediately, the Jedi council dispatch General Obi-Wan Kenobi and his clone forces to Utapau to capture Grievous and end the Clone Wars. But events on Coruscant take a dramatic turn and in the depths of Utapau, Clone Commander Cody receives Order 66 and instructs his troops to open fire on a man who was once his friend, Obi Wan…

To create our 212th Attack Battalion Trooper helmet replica, Master Replicas was given the original ILM digital character files. From these we generated a 3D model to use as a master pattern to create highly accurate molds from which we produce our helmets in top quality fiberglass. The unique orange pattern of markings which distinguish this helmets from other clone forces were supplied by Lucasfilm Ltd., ensuring that your helmet accurately represents those worn on by the Clone Troopers on Utapau.

Since we used original computer renders, you can be assured that our 212th Attack Battalion Trooper Helmet is an exact replica, accurately repeating the multitude of subtle shapes and curves that make up this incredible piece of armor that bridges the gap between the Clone Trooper forces of the prequels and the Stormtroopers of the classic trilogy.

We hope that you enjoy this addition to our ever expanding line of incredible Star Wars helmet replicas.

- Sturdy fiberglass construction
- High gloss paint finish
- Each helmet is wearable with a fully lined and padded interior with a see-through, tinted plastic lens
- Comes with a custom display stand, metal plaque and certificate of authenticity
- Limited Edition size of 1000
Image 1 of 1 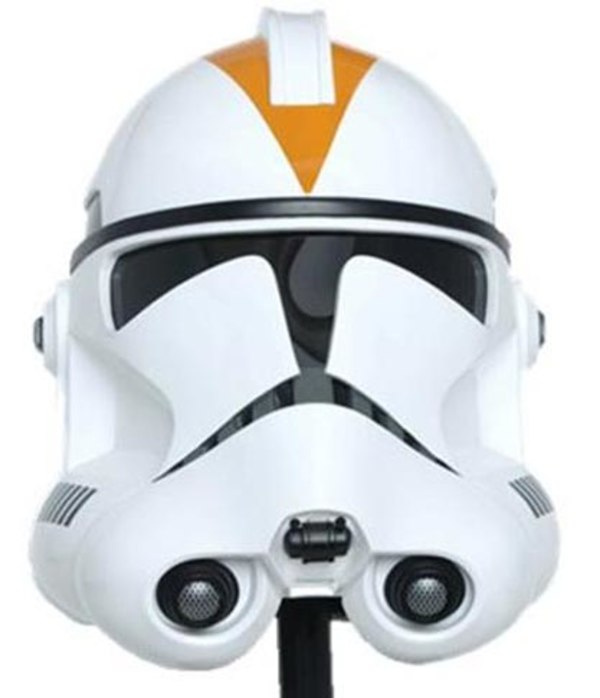