Jay Cochran - December 29, 2006
CoTF from the Wizards of the Coast forums has posted a scan from a distributor catalog of the upcoming Alliance And Empire Booster Packs for 2007. 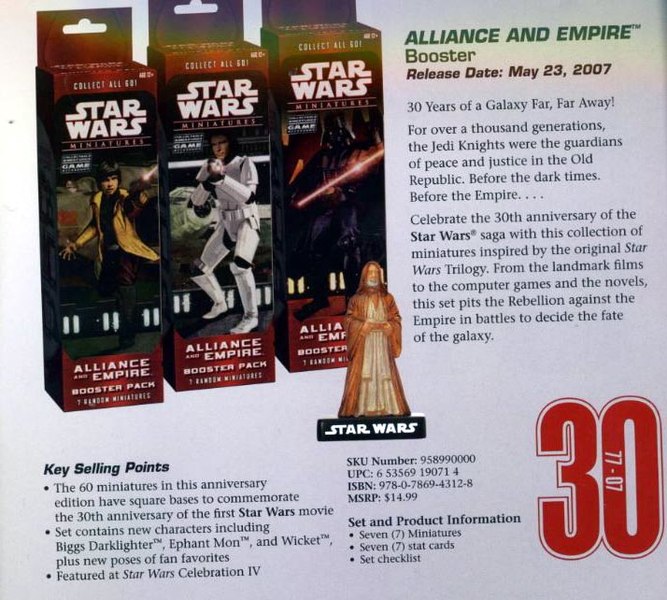