Jay Cochran - December 29, 2006
Sideshow has updated with packaged images of their upcoming The Salacious B. Crumb Creature Pack.

A sordid den of debauchery and excess, Jabba the Hutt's cavernous palace is home to a monstrous collection of fringe-dwellers and bottom-feeders. As diverse and eclectic as they are crude, this motley posse of hangers-on is united only by the heady stink of the sweat of a thousand species that permeates every crevice of the castle. Drawn to the power of the crime lord like moths to a flame, they fawn and feed like parasites, each desperate to carve out a little power for itself.

Notable among the throng, if only by sheer force of personality, is the irrepressible Salacious B. Crumb. A stringy Kowakian monkey-lizard, skirting the borders of sentience, the rambunctious little pest stowed away on Jabba's starship once and came to end up in his food. Almost eaten by the Hutt, the creature escaped death by making fools of the slug's lieutenants trying to apprehend him. His antics so delighted Jabba that the crime lord offered him a life doing what he did best, creating chaos and humiliating those around the Hutt for his amusement. Beady-eyed and armed with a shrieking cackle to shatter glass, the pretentious vermin has become a permanent and protected fixture in Jabba's retinue, much to the chagrin and suffering of his seconds.

Another hanger-on (quite literally) in the company of Tatooine's godfather is the limpet-like creature Ghoel. A Wol Cabashite, mistakenly left behind in the palace some time ago, this mysterious alien is an evolved descendant of parasitic slugs. Despite appearances, Ghoel is actually quite intelligent, though he spends the long hours of his sedentary existence hanging like a fungus from the wall of Jabba's audience chamber, his long, snaking tongue arching out to scent and identify passing aliens and droids.

Jabba's bizarre alien attendants are not restricted to the castle. Drawn by the abundance of small prey animals that infest the den and its vicinity, a number of Worrts have taken up residence in the surrounding wastes. Dim-witted, frog-like creatures, Worrts are ambush predators that feed upon small road creatures and vermin, snapping them up with whip-lashing tongues and broad maws. Though liable to attack anything that moves within range, the dozy reptiles are no threat to Jabba's henchmen or visitors as they rarely grow larger than a small Jawa.
Image 1 of 6 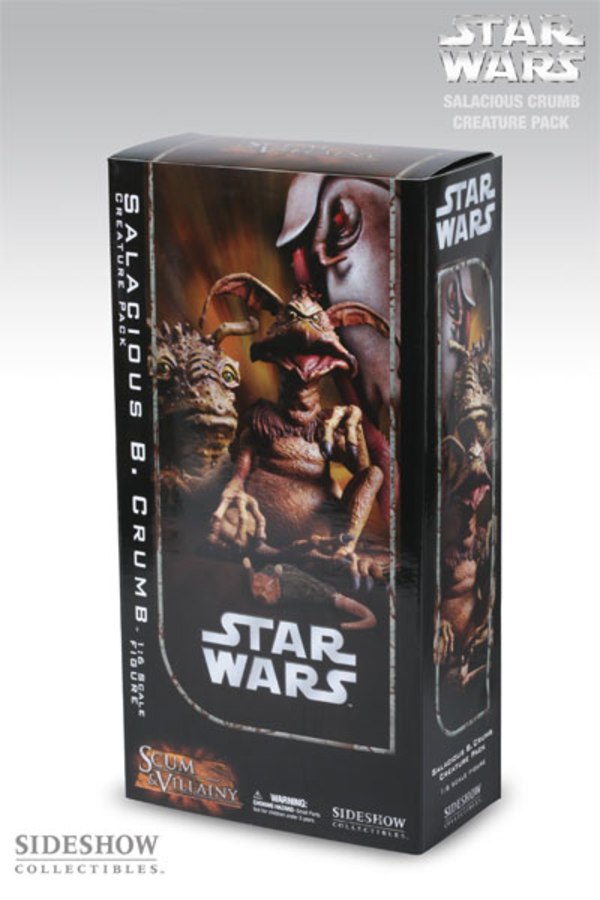 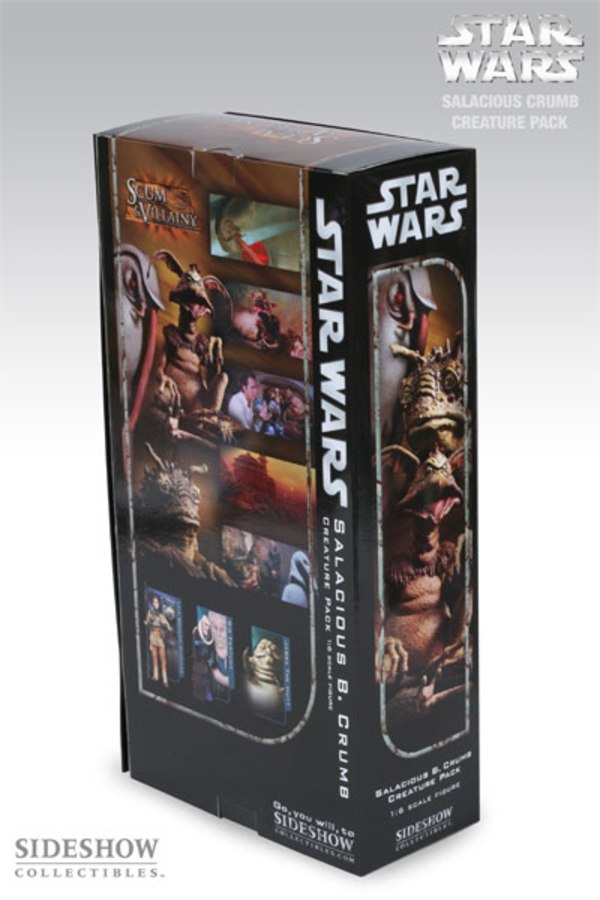 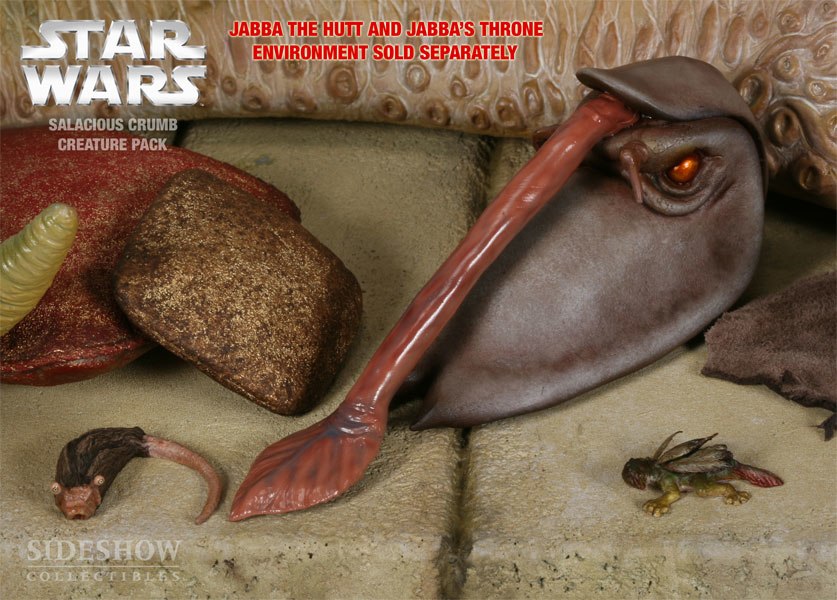 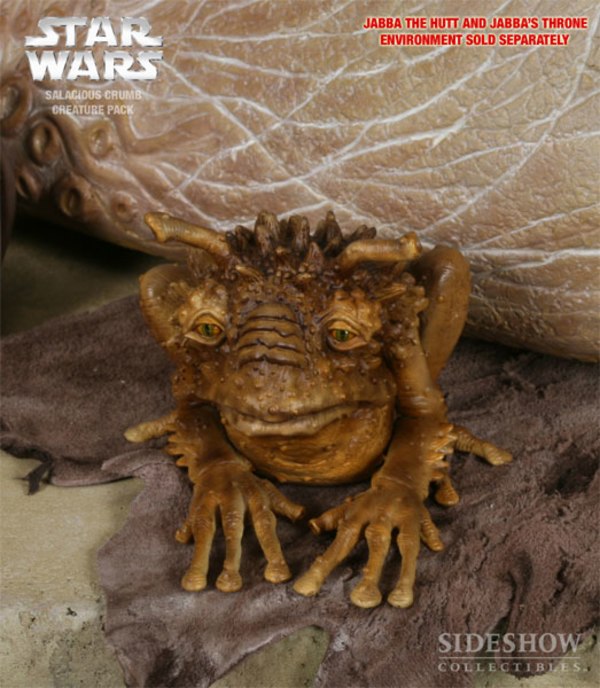 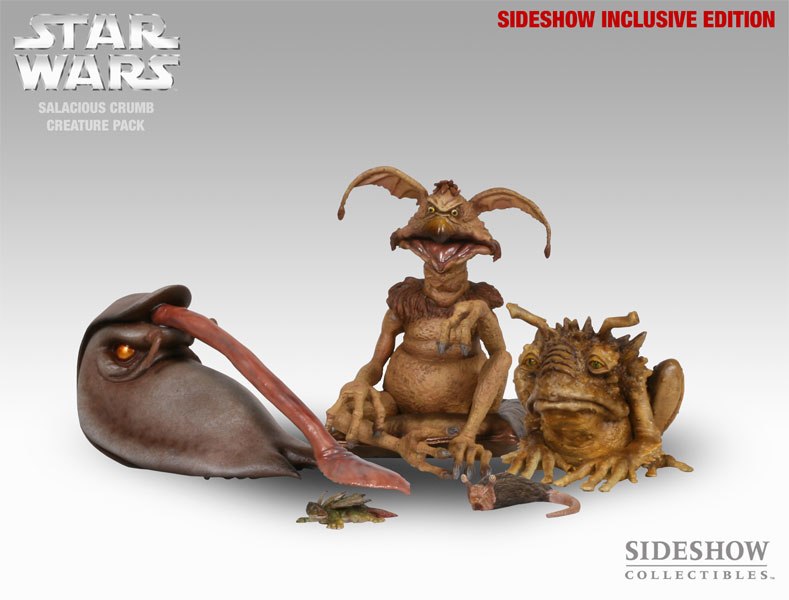