General Grievous. The shiny new scourge of the galaxy set to make his movie debut in the upcoming final installment of the Star Wars saga. While he was most recently seen hacking up Jedi in animated form on Cartoon Network's "Clone Wars" series, this version is of what he will look like in the film.

Just released as one of four "preview" figures from Episode III, his features hint at alot more than just what will be seen in the movie. There is a lot of VOTC (Vintage Original Trilogy Collection) influence on this toy. His sculpt is quite well done, but it also features a decent level of articulation. He has ball jointed shoulders and knees, as well as a ball jointed neck. With swivels in the wrists, chest and hips, this figure clocks in at solid 10 points of articulation. And the nice thing is, that they are all pretty useful too. Pretty good for a standard Star Wars figure, though I do wish he had elbows. The only other thing I would have liked to have seen on this figure is some from of ball joint on his ankles. This would have really improved his posibility in terms of different and more varied stances. Oh well, all the more reason to buy the regular release version when the Revenge of the Sith line hits retail.

Overall, the detail on this figure is quite nice. Grievous has a creepy walking skeleton look to him, and the figure captures this nicely. The paint application is adequate. Grievous is predominantly an off white color with a weathering wash over it, and metalic gray on his core parts. There is also a splash of green on his midsection giving him a slightly organic look. When wearing his white and red cape he looks quite menacing. He certainly is one of the meanest looking characters so far in the Star Wars Universe, though this fiigure makes him look much more human than his cartoon form implied. We'll just have to wait and see how he moves around when the film comes out.

I really like what this figure is showing in terms of where the toyline is progressing. One thing that has always irked me when it comes to Star Wars figures is that they always looked good, but had very limited playability. I want to be able to pose my figures how I want them to be, not just stand there. Sure the VOTC gave us the ultimate in posablility and sculpting, but you had to pay the price for them. These figures seem to feature close to the same level of detail and articulation for the standard price. If Hasbro can keep incorperating this level of articulation with sculpts that look this good, then this may be the best Star Wars toyline yet.

All in all I am quite impressed with this toy and am quite interested to see what else is to come as Episode III's release date inches ever closer with each passing day.

General Grievous comes with a removable soft plastic cape, a lightsaber with removable blade, and a droid blaster.

Look for him and the rest of the Episode III Preview Figures in stores now. 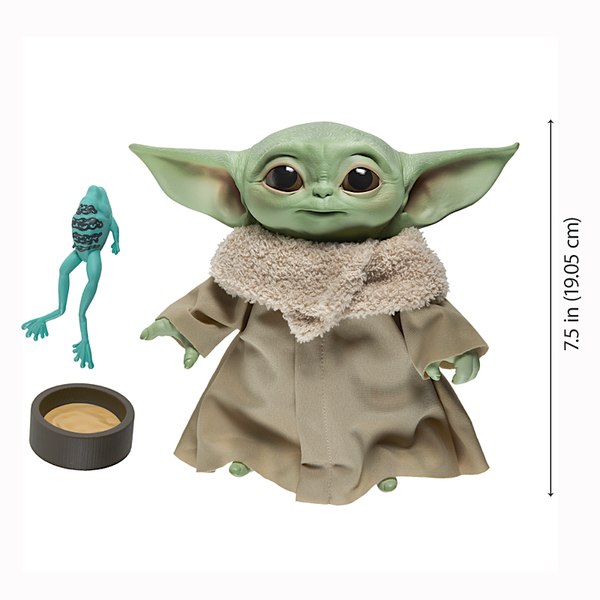