Bespin refugee - August 18, 2021
Fanhome is a new subscription-based collectibles brand that is giving fans broader and deeper access to their favorite Star Wars characters and stories. 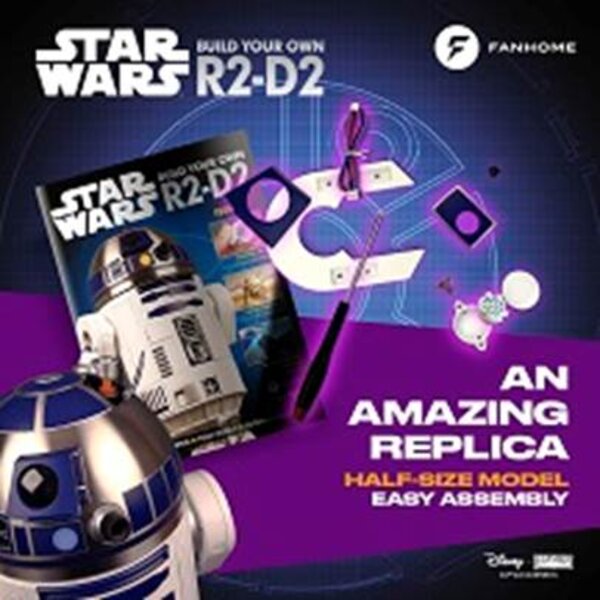 Every month, fans will receive a shipment of parts and from which they can create their own working astromech droid, just like a member of the Industrial Automation Company. The half-sized model uses parts engineered to look just like the original Star Wars props - plus state-of-the-art modern electric components.

Each shipment includes highly-detailed parts for collectors to build their own R2-D2 replica over time and a fully illustrated 16-page magazine packed with information that will inspire fans’ mastery of a galaxy far, far away….. Shipment No.1 is currently on sale at the introductory price of $1.00.

With each shipment, fans look behind the scenes to see the techniques used to construct and film the droids, ships, sets and creatures of all the Star Wars films and explore their development from the earliest concept to the final stunning prop models, photographed in minute detail.

R2-D2 has two modes of operation: user-directed through an app or ‘AI’ mode with independent movement. R2-D2’s sensors and powerful motors allow the droid to interact with the world just like the astromech from the films. In addition, the model includes a rotating metal dome with a built-in camera, extendable and foldable arms and speakers and microphones so the droid can respond to verbal orders using a variety of chirps, whistles and lights. 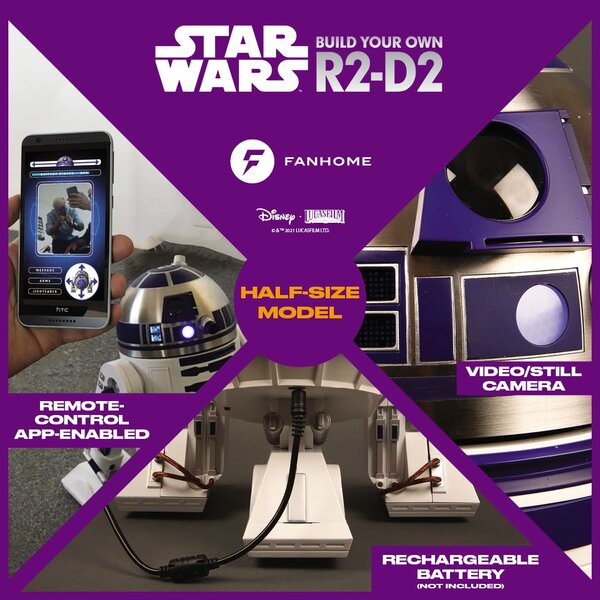 After assembly, Star Wars fans can control R2-D2 from their smartphone or tablet via its downloadable app available on Android or iOS. The app allows users to control the model's movement, head and retractable arms. The droid also projects images of Princess Leia™ or Luke Skywalker™ and records videos and photos of its surroundings. As in Star Wars: Return of the Jedi™, R2-D2 has a hidden extra, Luke Skywalker’s lightsaber, which will pop up on demand via the app.

Taking inspiration from the remote-controlled film prop, the fully functioning half-scale model R2-D2 is engineered in the same way and has been authentically detailed based on the droid seen on the silver and small screen.