Since the premiere of The Mandalorian on Disney+, this mysterious and stoic bounty hunter has become a hit character for Star Wars fans both new and old. Known to the galaxy and his targets simply as The Mandalorian, beneath his beskar helmet is Din Djarin, a former foundling who now walks the Way of the Mandalore with great devotion. But everything changes when he meets an alien asset known only as the Child and the pair become an unbreakable clan of two.

The polystone Mandalorian Premium Format Figure measures 20" tall and is a detailed, dynamic, fully sculpted depiction of this renowned bounty hunter inspired by an iconic shot from the first season of the streaming series. Standing alongside the Child’s signature hovering pram, the Mandalorian braves the dangerous galaxy to protect what was once his prey. His silver armor reflects the hard work and weathering it took to acquire enough beskar to create each piece, complete with his mudhorn signet, the symbol given to him by the Armorer in accordance with Mandalore tradition. Equipped with his bounty hunting tools of the trade, The Mandalorian proves himself to be one of the galaxy’s most skilled and fearsome warriors. You can pre-order this from our sponsor BigBadToyStore.com.
Image 1 of 6 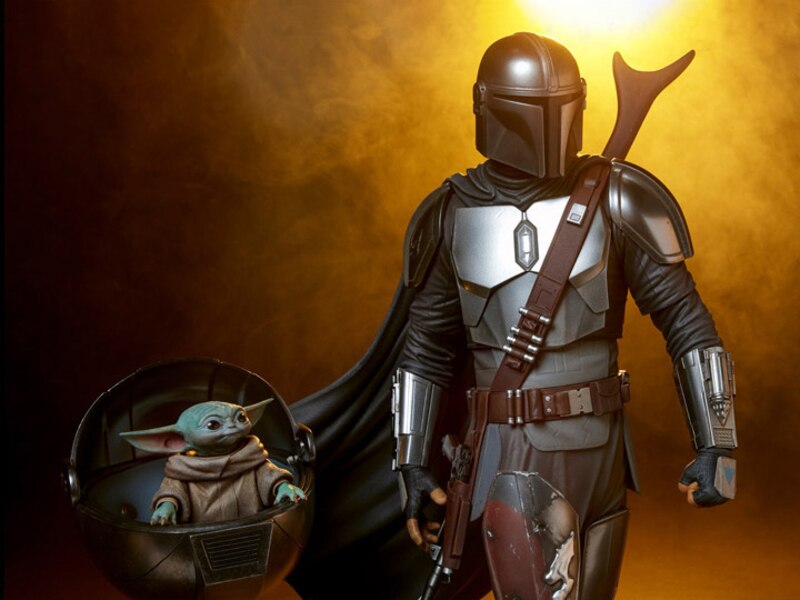 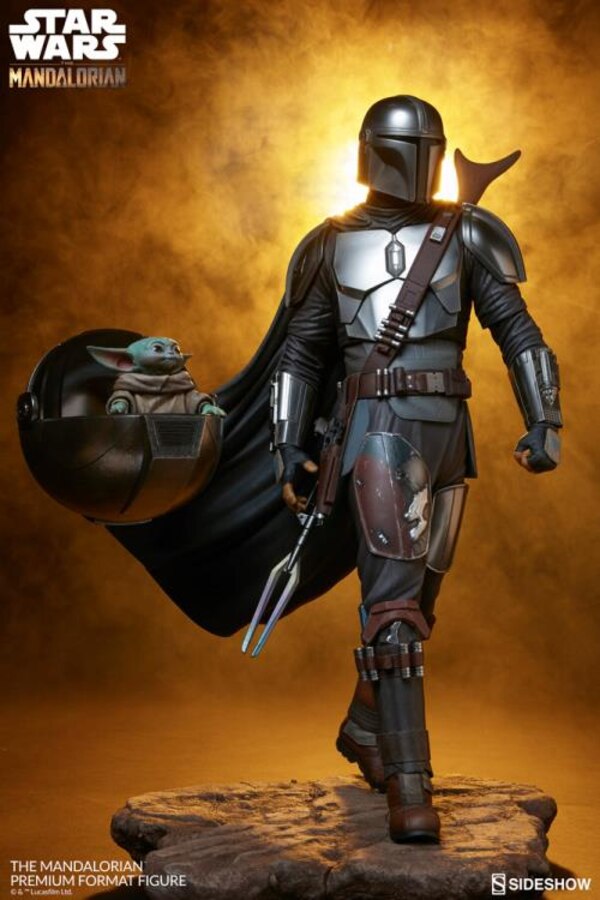 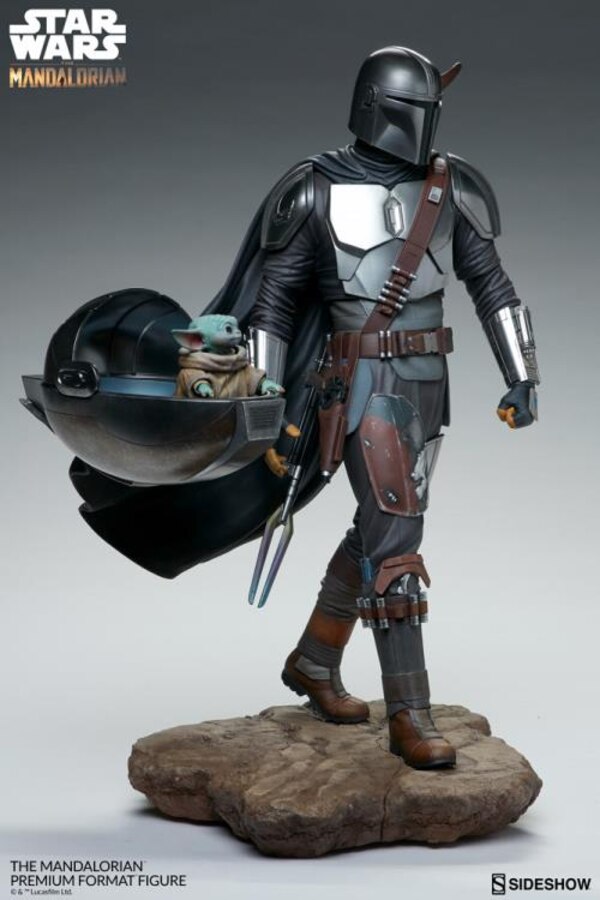 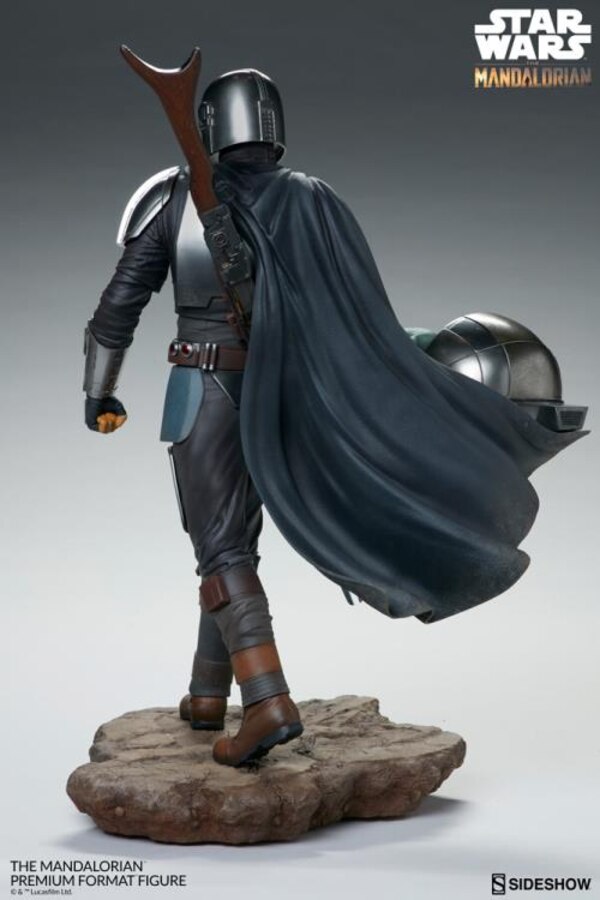 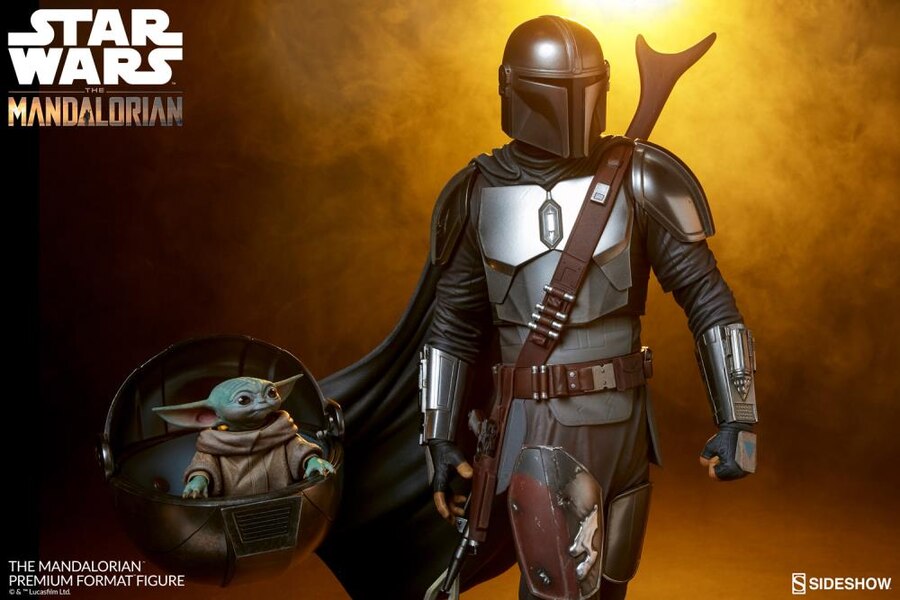 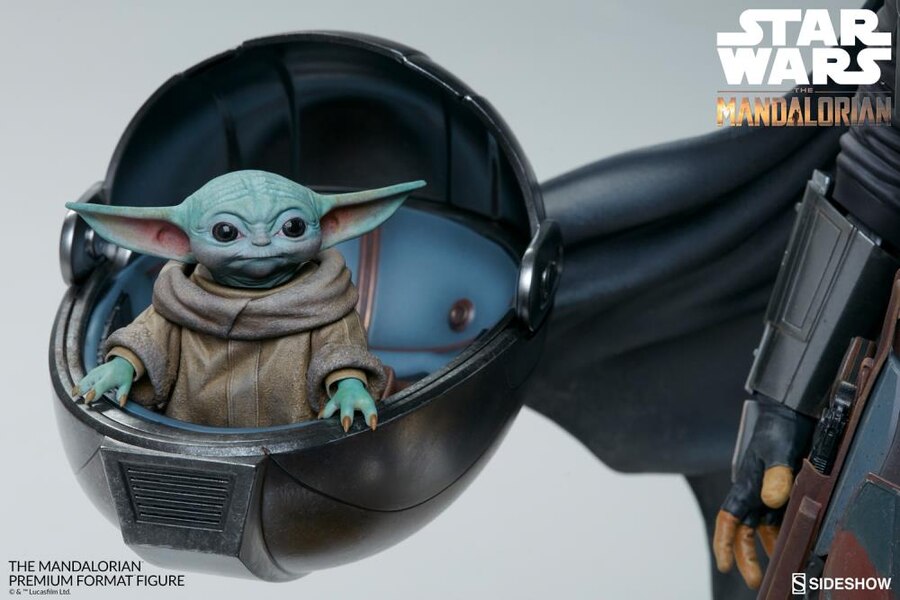 Yeah, I don't think the way they positioned the Child is going to be beneficial in the long run.

I would get concerned about lean over time. 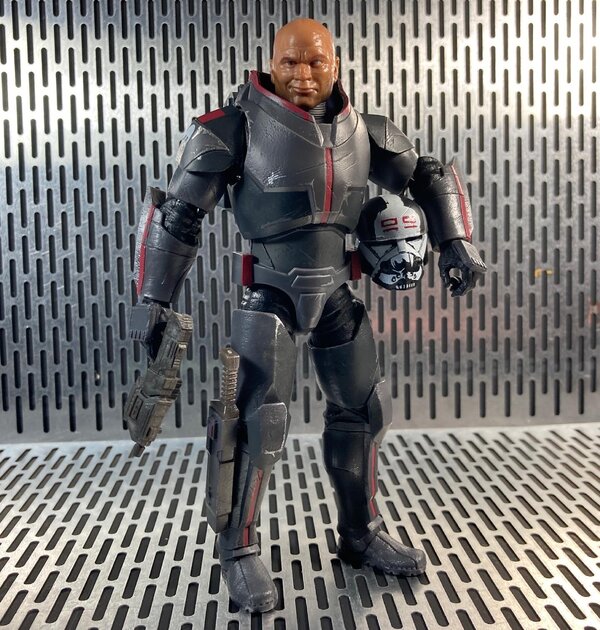 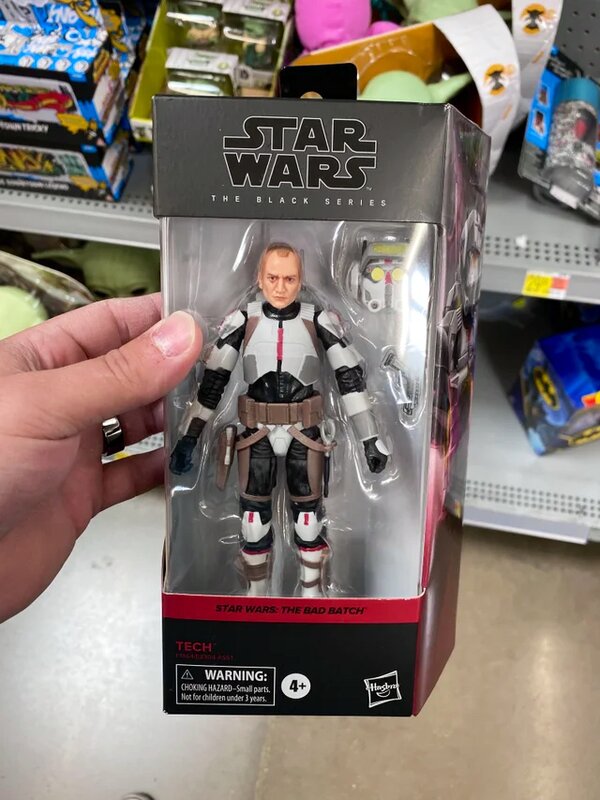 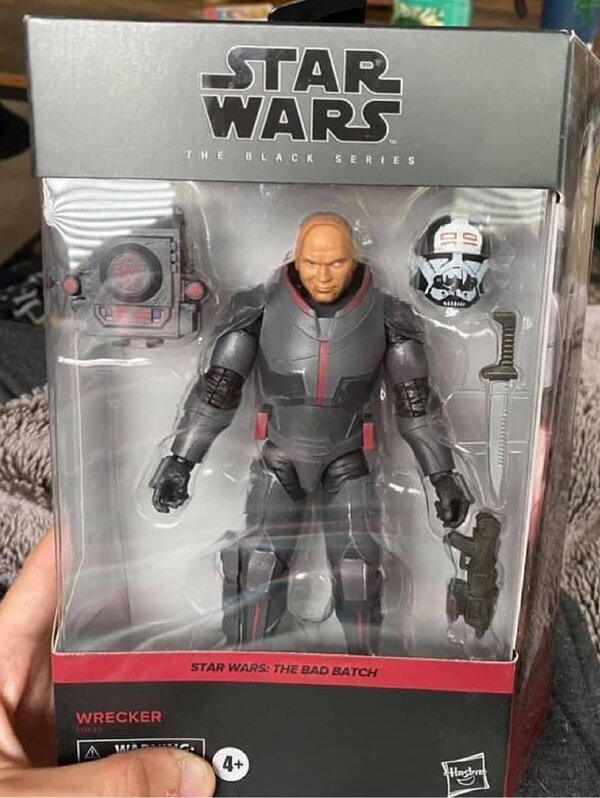