Jay Cochran - August 26, 2020
Last week Hasbro mentioned that this year's EU Exclusive Black Series figure would be revealed which looks to be Cade Bane and his droid Todo 360 from Star Wars: The Clone Wars. While being released overseas first, this figure will see release here in the US on Oct. 1. The figure itself will also eventually see release in the regular line like we saw last year with the Luke Skywalker figure. The images come via UK Etailer Indemandtoys.co.uk who has the figure available for pre-order now.
Image 1 of 4 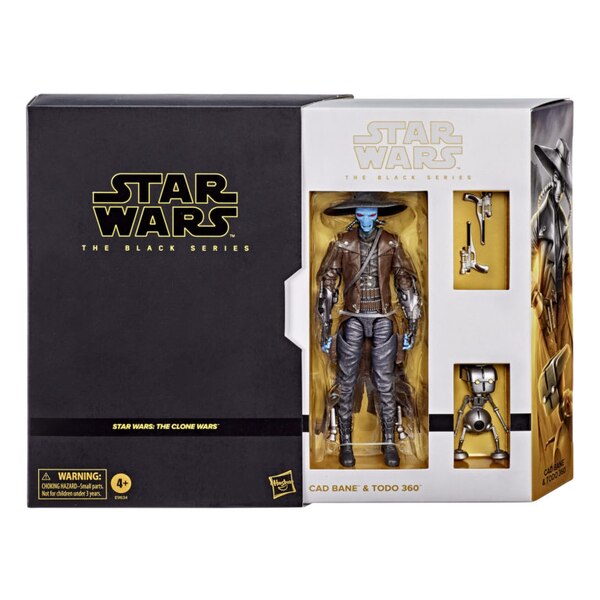 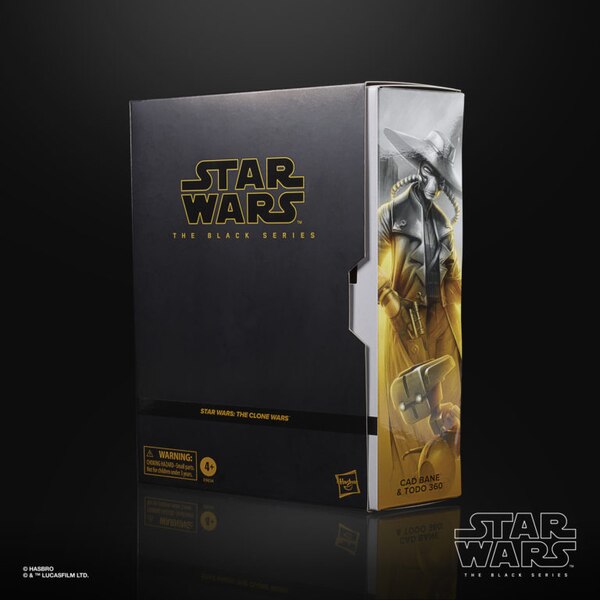 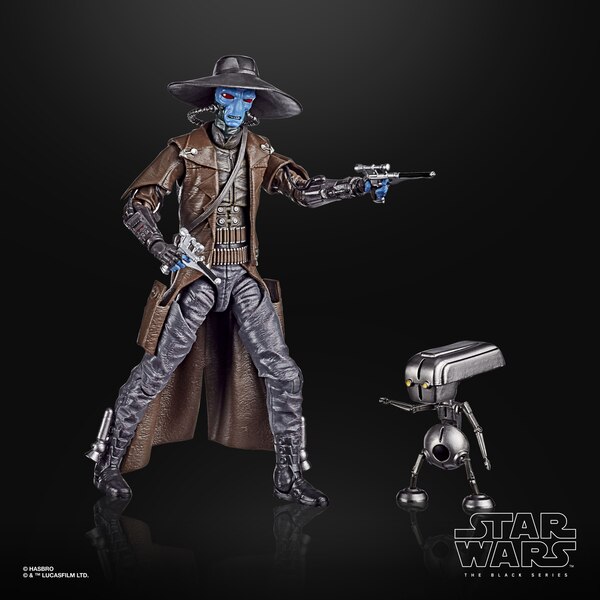 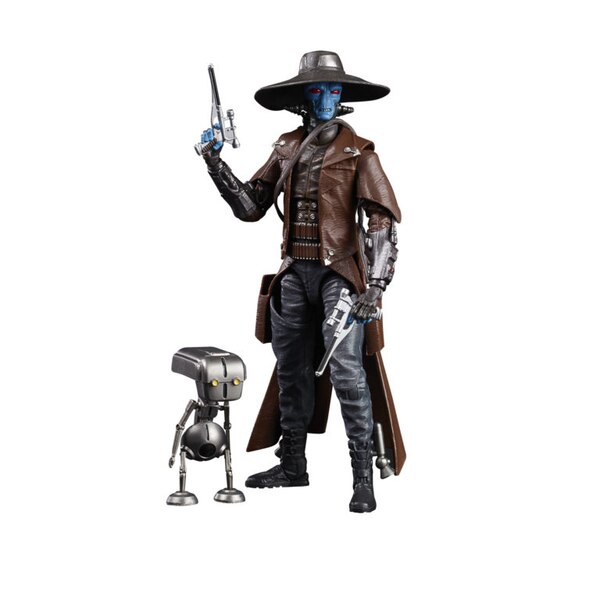 I was brwosing Facebook today when I saw the post from Hasbro Pulse announcing that this figure went on sale today; the post was filled with comments of people who missed out. Apparently,  by the time they received the email notification  about the sale they had already sold out.

Originally announced as a European exclusive, this set has been made available for North American customers through Hasbro Pulse. Unfortunately, as this post was being written, the set has sold out.

Cad Bane was the preeminent blaster-for-hire in the galaxy during the Clone Wars. Todo 360 had many built-in gadgets that made him incredibly useful, but he also had an attitude to matchKids and collectors alike can imagine the biggest battles and missions in the Star Wars saga with figures from Star Wars The Black Series! With exquisite features and decoration, this series embodies the quality and realism that Star Wars devotees love. Star Wars The Black Series includes figures, vehicles, and roleplay items from the 40-plus-year legacy of the Star Wars Galaxy, including comics, movies, and animated series. (Additional products each sold separately. Subject to availability.)The 6-inch scale Black Series figures are carefully detailed to look like the characters from Star Wars: The Clone Wars, featuring premium detail and multiple points of articulation.Includes: 2 figures and 2 accessories.A ruthless bounty hunter from the planet Duro, no quarry was too dangerous for Cad Bane if the price was right

Cad Banes techno-service droid had many built-in gadgets that made him incredibly useful, but he also had an attitude to matchThese Star Wars The Black Series action figures come with 2 Cad Bane-inspired blaster accessories that makes a great addition to any Star Wars collectionStar Wars fans and collectors can display these highly poseable (Cad Bane has 4 fully articulated limbs) figures, featuring premium deco, in their Star Wars collectionsLook for movie- and entertainment-inspired Star Wars The Black Series figures to build a Star Wars galaxy (Each sold separately. Subject to availability)

Oct 1 is when it will be available in the US.

Do you know where?

Oct 1 is when it will be available in the US.

Agree 100%, Durge was awesome and Assajj Ventress became one of the most compelling characters in the Star Wars Republic comics before making the jump to animation. I didn't care for Cad Bane at all, this is one figure I'll be easily passing on.

He looks great and is a much needed character l, but too much is coming out at once, I dont know if I could keep up with all of it.

Both would be awesome.