As you can see here, the figure appears to have a cape 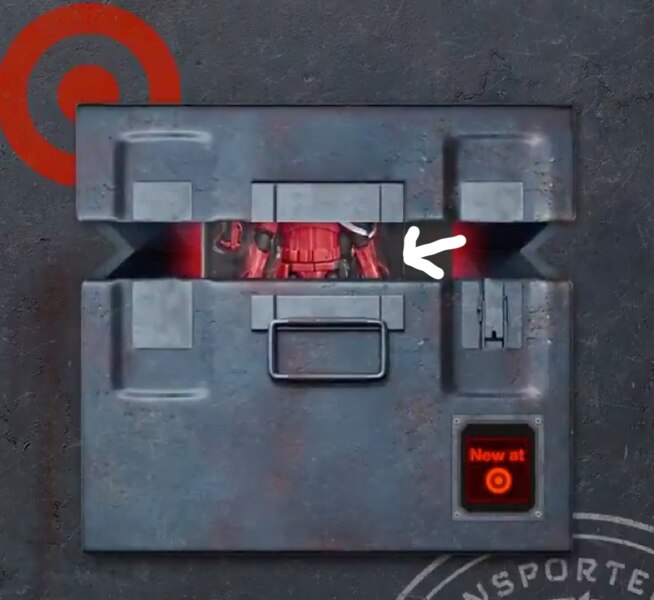 We believe this is CD-0922, a.k.a. "Captain Cardinal", a Black Series figure found exclusively at the Galaxy's Edge Black Spire Outpost on Batuu, but, recently rumored to be coming soon to Target.

Thanks to John for the heads up.

So it's a Captain Phasma repaint, okay. Looks cool but I don't really feel like I need it.

JayC - 2020-07-21 @ 11:43 am
The other day we told you how Target was teasing this one, well now we have the full reveal for Hasbro's Star Wars The Black Series Captain Cardinal figure which is now listed on the Target website for $24.99.Captain Cardinal served as Armitage Huxs personal guard, as he was among the orphans that Brendol Hux took in in order to create the First Order.Kids and collectors alike can imagine the biggest battles and missions in the Star Wars saga with figures from Star Wars The Black Series! With exquisite features and decoration, this series embodies the quality and realism that Star Wars devotees love. Star Wars The Black Series includes figures, vehicles, and roleplay items from the 40-plus-year legacy of the Star Wars Galaxy, including comics, movies, and animated series. (Additional products each sold separately. Subject to availability.)The 6-inch-scale Black Series figure is detailed to look like the Captain Cardinal character inspired by the Star Wars Galaxys Edge theme park, featuring premium detail and multiple points of articulation.Star Wars products are produced by Hasbro under license from Lucasfilm Ltd.Hasbro and all related terms are trademarks of Hasbro.DCPI#087-16-2556 - The pre-order should go live around 9am ET but it is listed on the Target website now.
JayC - 2020-07-19 @ 9:32 pm

This is a bit off topic but dont you all think it is time to retire the 6 inch Bespin Han Solo figure review from the primary page of this site? It's been there for what seems like an eternity now. Especially since there has been plenty of new product that has come out that could replace it.

LOL, yeah. Its actually stuck there. When I update the playlist on YouTube it doesnt change on the site for some reason. I need to create a new playlist from scratch and put the new one up on the site, just one of those things that has fellen by the wayside but will get it done soon.

This is a bit off topic but dont you all think it is time to retire the 6 inch Bespin Han Solo figure review from the primary page of this site? It's been there for what seems like an eternity now. Especially since there has been plenty of new product that has come out that could replace it.

Speaking of Galaxy's Edge exclusives I still need a wider release of R3X...even more than that, I want him retooled into RX-24.

I would have to see it but so far not really interested in this. It's good for the people that wanted one and couldn't get it due to it being a Galaxy's Edge exclusive, maybe they'll release Hondo too.