Jay Cochran - October 25, 2019
Today we are bringing you coverage of the Hasbro Transformers, Star Wars and Power Rangers panel taking place at the 2019 Paris Comic Con. Images come via FulguroPop.

For newly announced here today Hasbro showed off Battle Bobblers which is a new line. Luke and Darth Vader is the first 2-pack being released. First Order Stormtrooper vs BB-8 is the second set being released followed by R2-D2 Vs Yoda. The final set is Chewbacca vs. Porgs. These will be released next Spring.

For Vintage Collection they will be doing Mandalorian TV series figures. They will be revealing new figures at each of the EU convention they are attending this weekend and next. The first figure announced is Cara Dune.

For 6" Black Series they are going to reveal 8 different prequel characters for the line at the EU conventions. For today they showed Anakin from Episode 2 and Obi-Wan Kenobi Jedi Knight.

Items shown will be up for pre-order tomorrow in the EU and Monday in the US.
Image 1 of 9 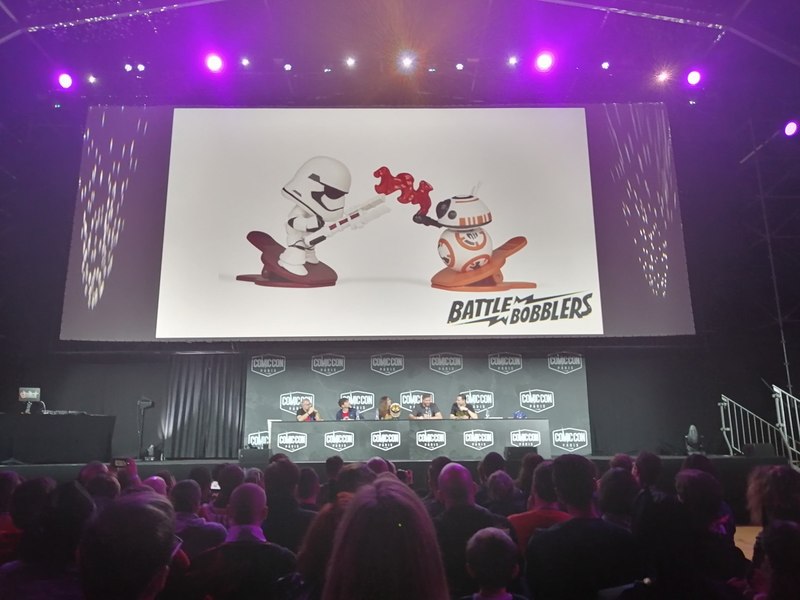 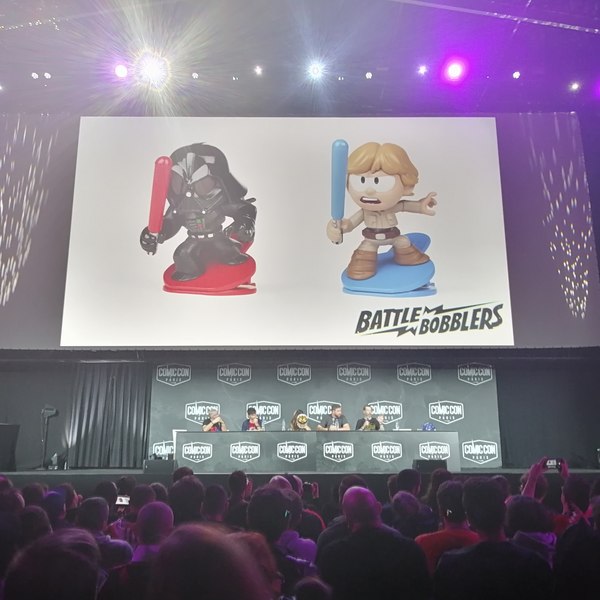 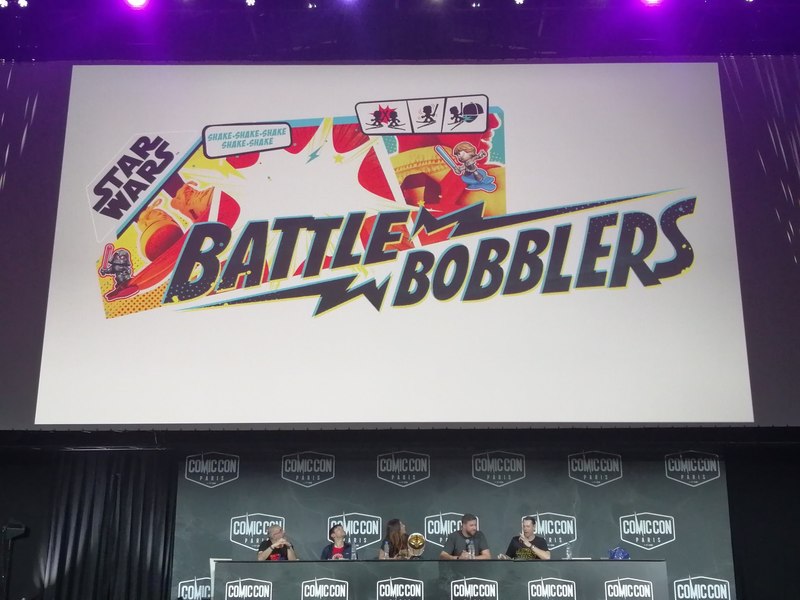 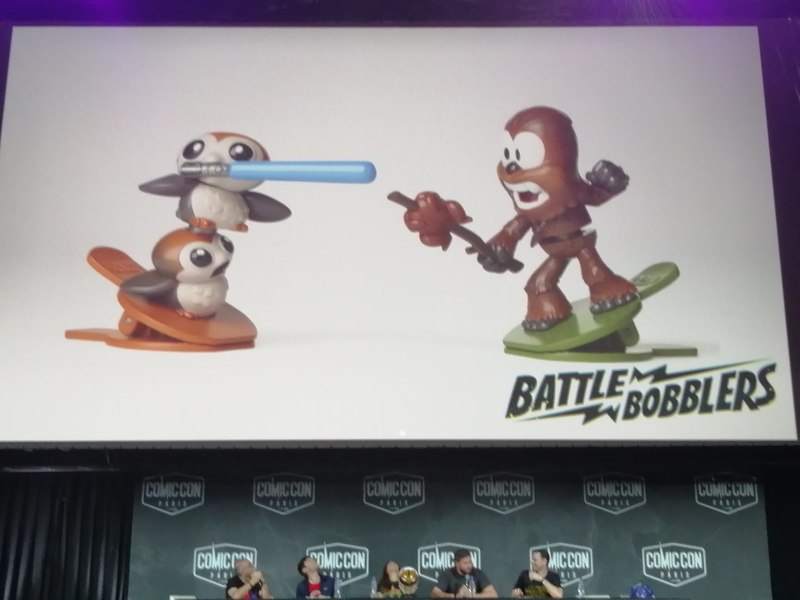 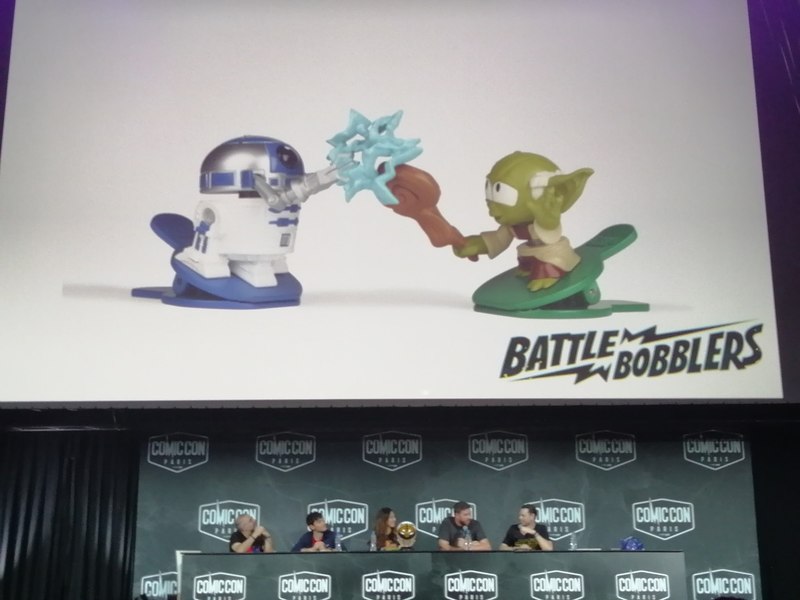 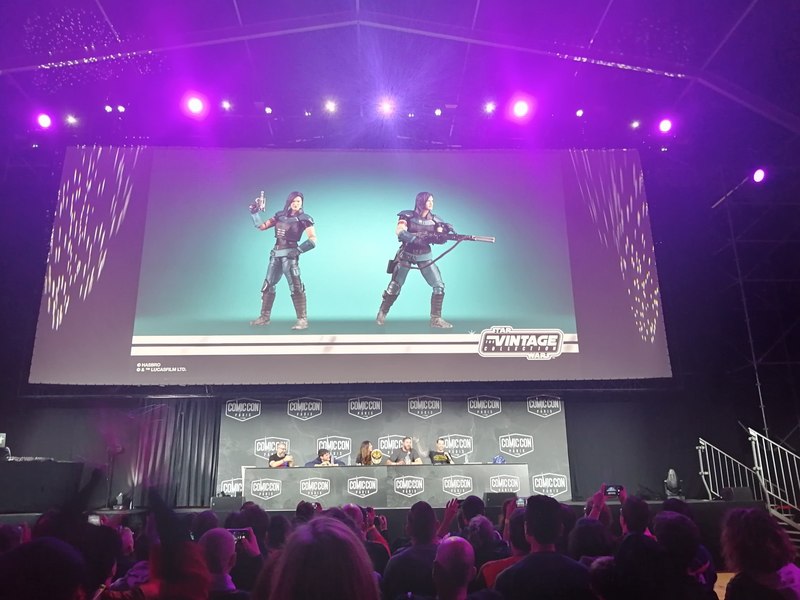 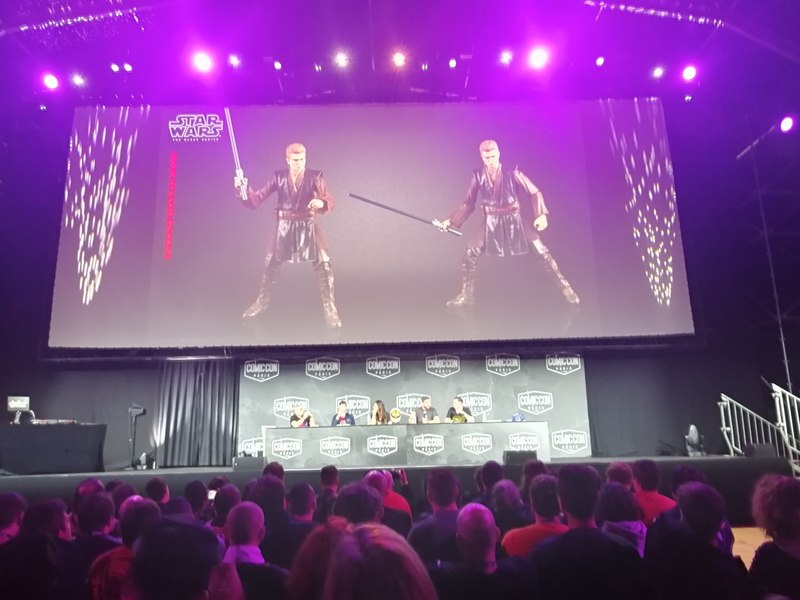 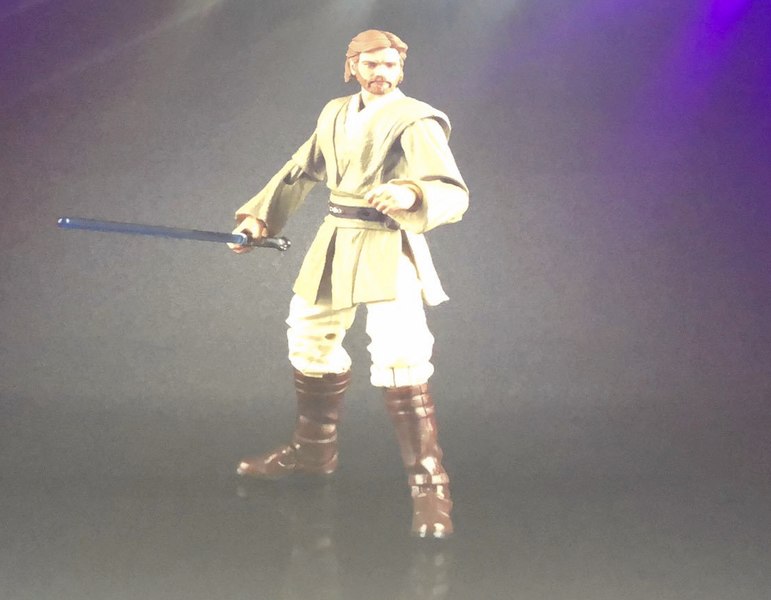 Obi Wan looks good. not my favorite look for Anakin, I can wait for a Revenge of the Sith figure for him.

Obi Wan looks good, but that doesn't look much like Hayden.

I need that Obi Wan, Anakin is great but not exactly a figure I need in my collection

Following their reveals on Friday during the Paris Comic Con, here are the official images for the upcoming 6" Star Wars Black Series Episode II Obi-Wan Kenobi (Jedi Knight) and Anakin Skywalker (Padawan) figures. Each one will come with their signature lightsaber. You can pre-order the figures now at BigBadToyStore.com.

I try not to watch trailers for Star Wars movie or shows and go into them cold. so I have to preconceived notions or hopes. So when I saw the Cara Dune figure and had to look up the actress. I was already excited for the thought of a Star Wars style western but really like the fact that Gina Carano is a part. Come on Disney Plus because if this show is good Im getting this figure

That Cara Dune looks really nice I wasn't really looking forward to anything from the Vintage Collection but may pick up that one if I see it.

I was really happy with my SHF ep.2 Obi Wan and Anakin Figures but dang those first pictures of the figures look really good, might have to end up piking them up.

Shown below via Guillaume are images from the Hasbro booth at the 2019 Paris Comic Con showing off the newly announced Mandalorian TV series Vintage Collection Cara Dune figure as well as the new line of Battle-Bobblers which includes 2-packs of Luke and Darth Vader, First Order Stormtrooper vs BB-8, R2-D2 Vs Yoda and Chewbacca vs. Porgs.