Disney Toybox Star Wars Figures With Vehicles In The Works

Jay Cochran - September 01, 2018
The new Disney Toybox catalog is out and with it is several new reveals for their Star Wars line. Shown below via slowmotoys we can see images showing off an upcoming figure and vehicle 2-packs. We are getting a Tie Fighter with pilot and the Millennium Falcon with Han and Chewbacca which are also being released on single cards. In fact the Han and Chewbacca figures are hitting Disney stores now which feature the new catalog. For single packed figures we get our first look at the upcoming Yoda figure as well as the before-mentioned Han and Chewie.

If you aren't familiar with this line, these are 5" articulated figures put out by Disney and sold as Disney Store exclusives. The regular figures cost $12.95 each. We have no idea how much the vehicle two packs will be or if the vehicles are meant to be in scale with the figures. Based on these images we kinda think they aren't, but its really hard to say for sure.

The designs of the figures in this line are loosely based on the old Disney Infinity game. We don't have specific release dates but likely we will start seeing these hit Disney stores within the next month.
Image 1 of 2 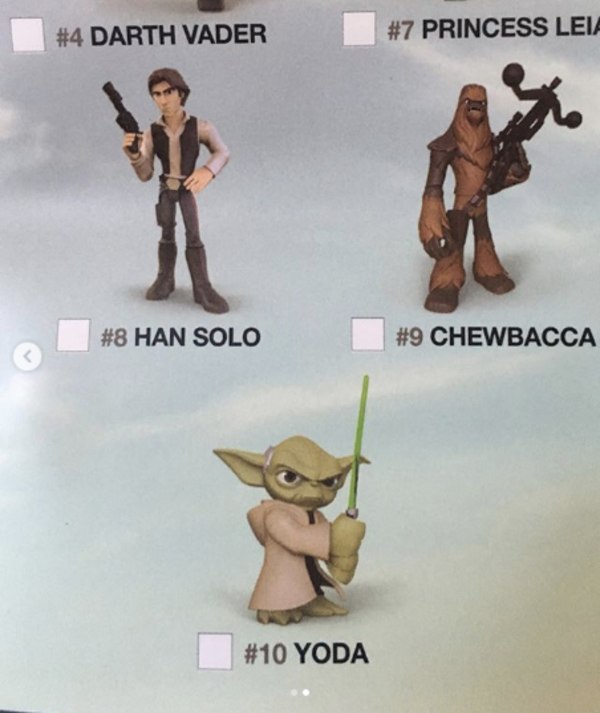 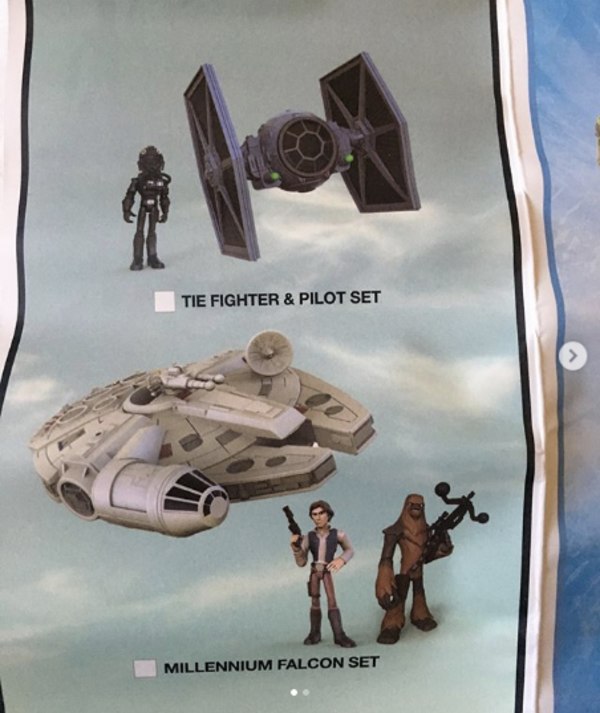 Im really excited to see how that Falcon shapes up. I might be fairly tempted to grab me on of them!