Jay Cochran - May 25, 2018
Looks like Hasbro has given us a first look at what seems to be a 6" Black Series version of the character Val from Solo: A Star Wars Story with this promo image they posted to social media. The image which uses Black Series figures to recreate Solo movie posters shows mostly figures that are either out on shelves or we've seen promotional images of before except for Val which is the last figure in the second row. There is also apparently another unknown figure that has been blacked out which they have yet to reveal. The silhouette is very generic so it's impossible to tell who that is supposed to be.

In the movie, Val, played by actress Thandie Newton, is part of Beckett's (Woody Harrelson) gang. Beckett's figure is also featured in this image, but that one we've known about since Toy Fair back in February. Other figures featured here include Han Solo (Alden Ehrenreich), Qi'ra (Emilia Clarke) Lando Calrissian (Donald Glover), Chewbacca, LL337 which we saw the first official photo's for yesterday and the Imperial Range Trooper.
Image 1 of 1 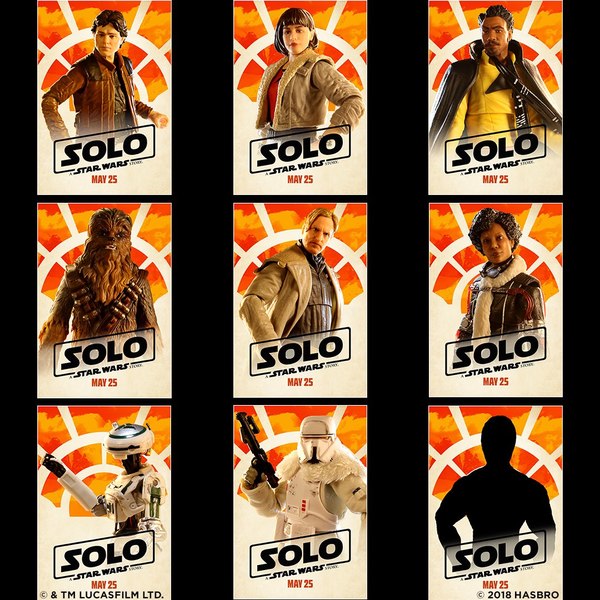