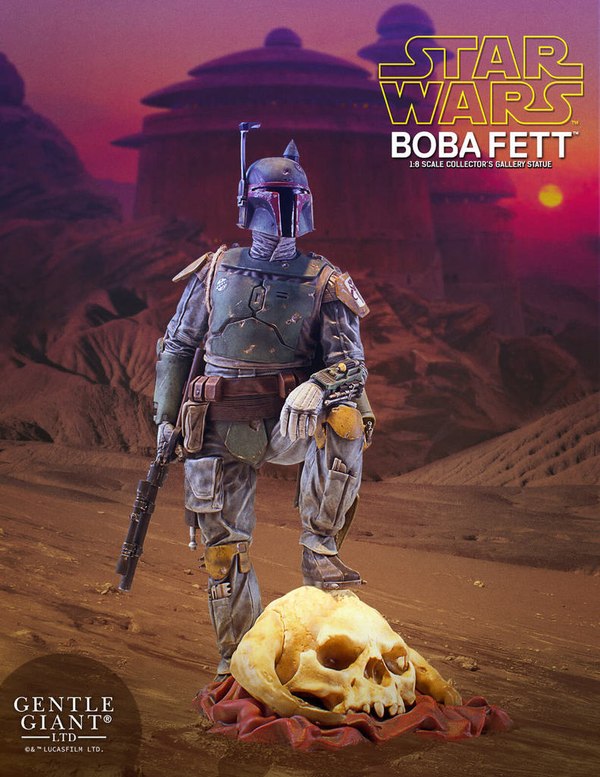 BOBA FETT COLLECTOR’S GALLERY STATUE
$164.99
The deposit price for this product is : $0.01 in order to reserve your payment information. This deposit amount will be refunded to your account within 24 business hours.
Expected release date is 09/30/2018

The most notorious bounty hunter in the galaxy joins Gentle Giant Ltd.’s 1:8th scale Collector’s Gallery statue line. Arguably, one of the most popular Star Wars characters in the Star Wars saga, Boba Fett exudes “dangerous and cool” in this new statue in the Collector’s Gallery collection. Every dent in his armor tells a story, every chip in his paint is another victory for this ruthless hunter.

Clad in his Mandalorian, Empire Strikes Back era armor with his rifle and his blaster, here Fett is seen standing casually on top of his most recent prize, a Wampa skull. The fearsome Boba Fett awaits his next bounty to collect, and he always gets his mark with NO DISINTEGRATIONS!

Boba Fett is the fifth statue in our new 1:8th Collector’s Gallery line, and fourth in our Bounty Hunter series, celebrating over 40 years of the Star Wars universe. Each limited edition Boba Fett statue is hand-painted and piece is cast in high quality poly-resin with crisp details such as his range finder, rocket pack, and actual braided Wookie scalps.* This statue also comes individually numbered with a matching certificate of authenticity. Boba Fett is the perfect centerpiece to your bounty hunter statue collection.

*No actual Wookies were harmed in the making of this statue.
Image 1 of 15 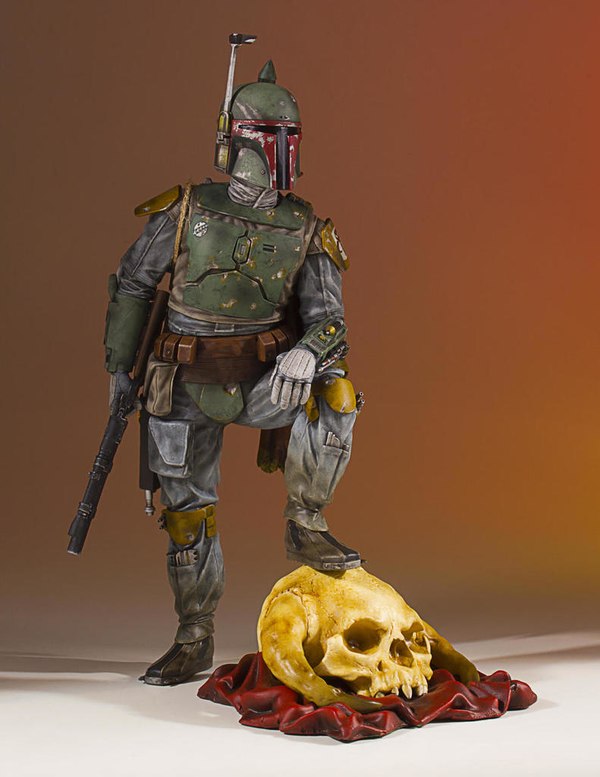 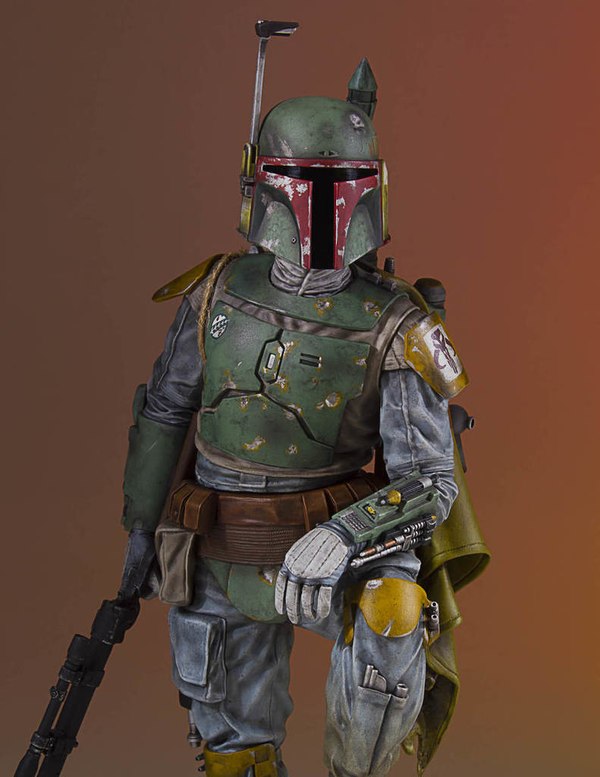 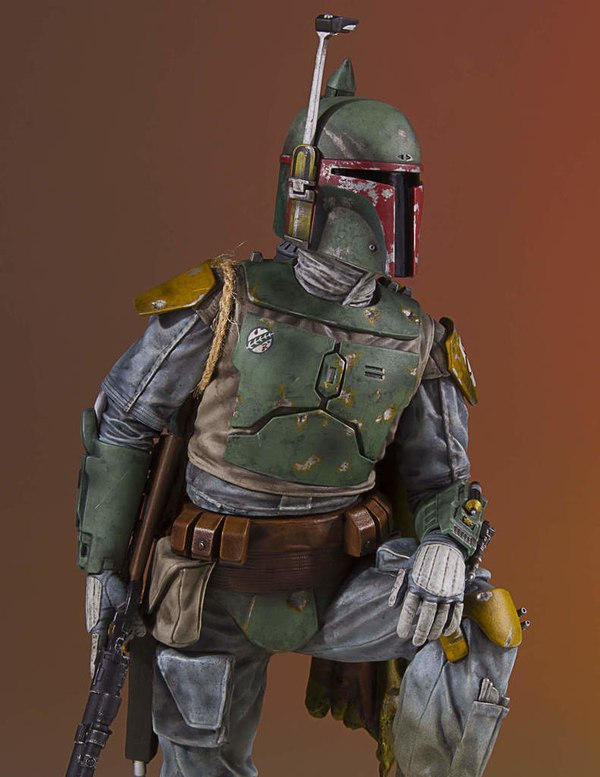 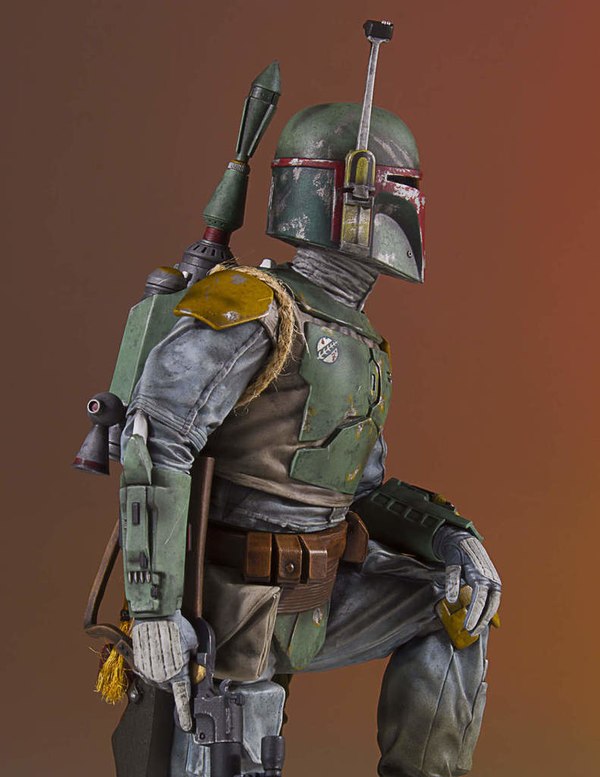 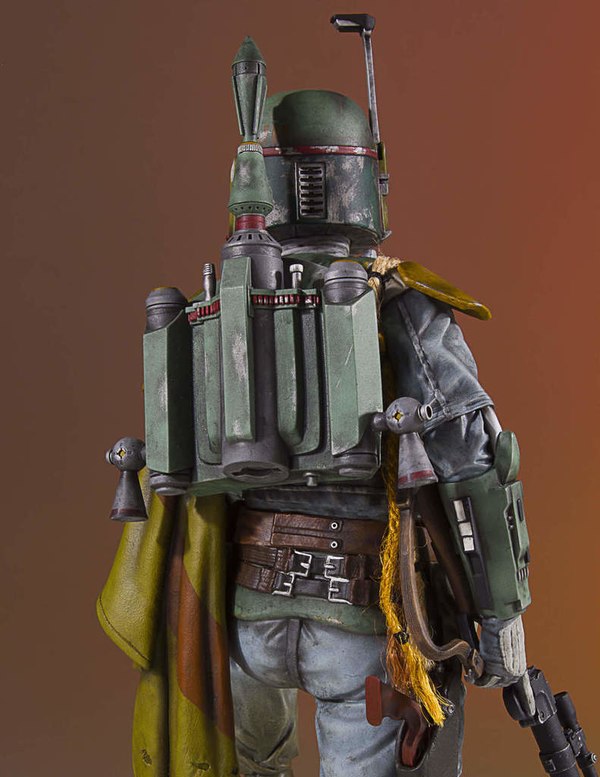 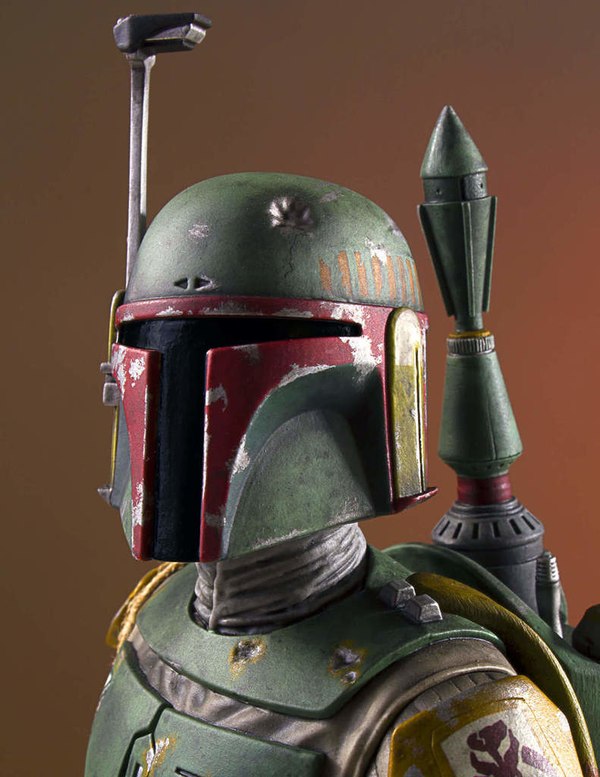 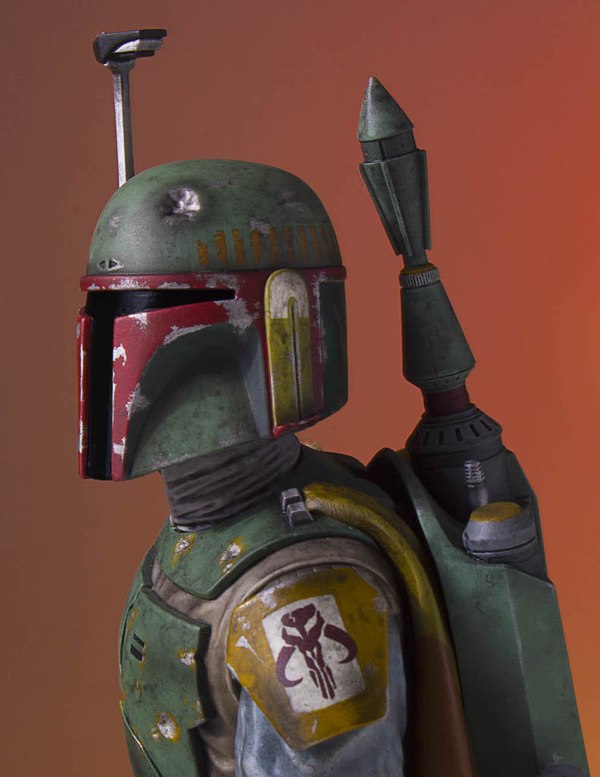 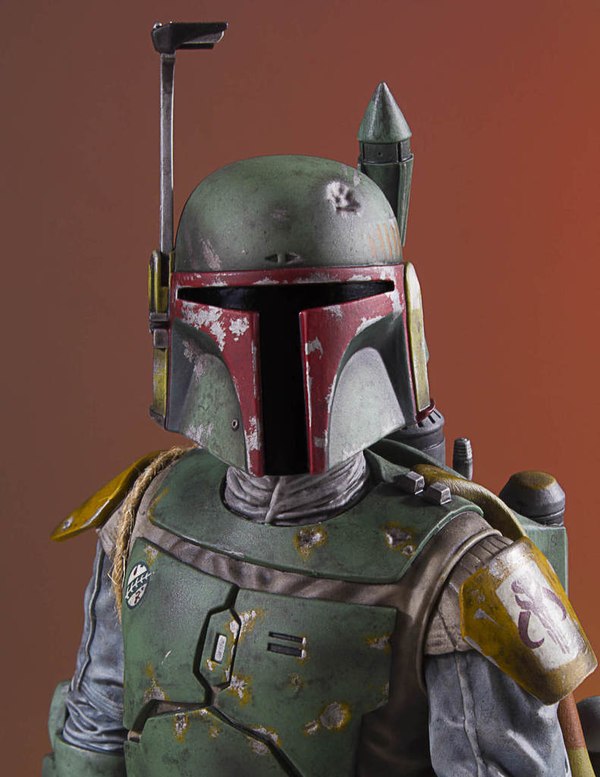 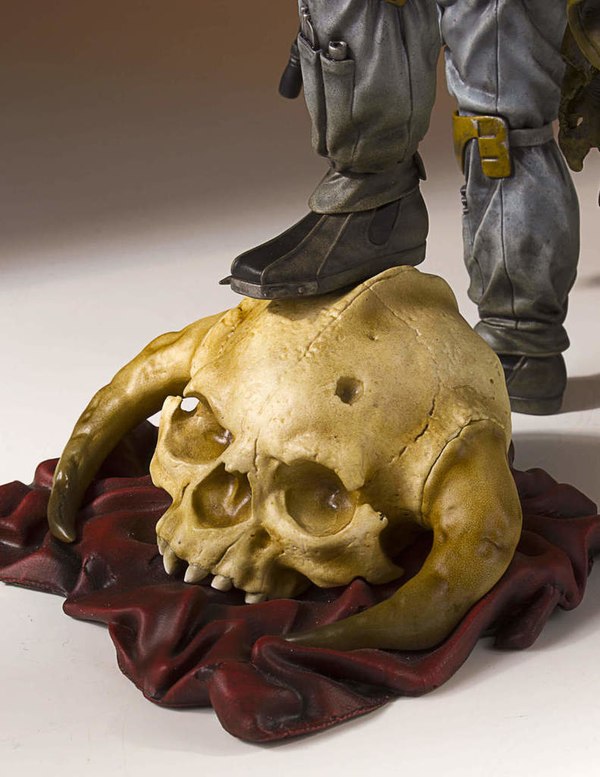 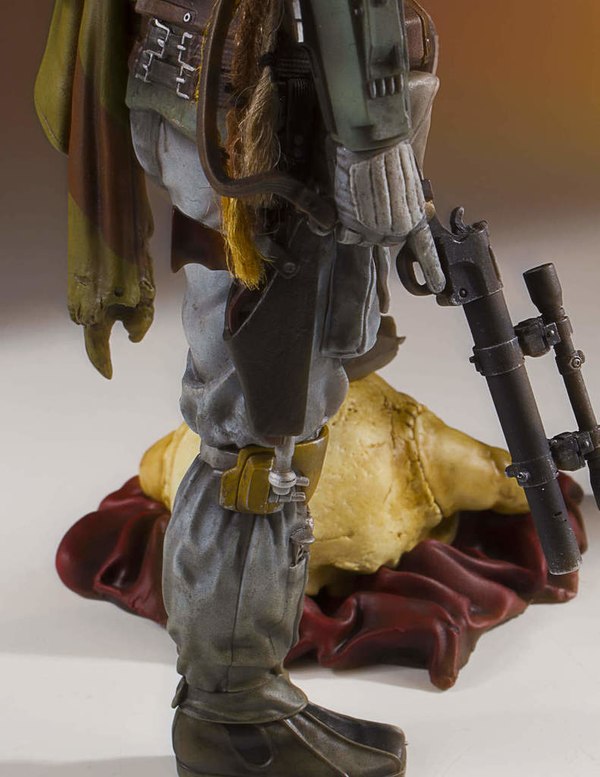 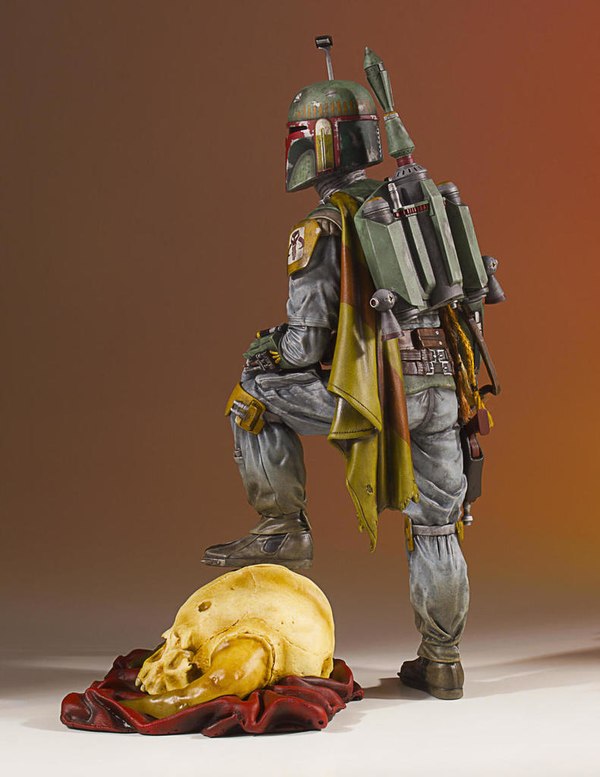 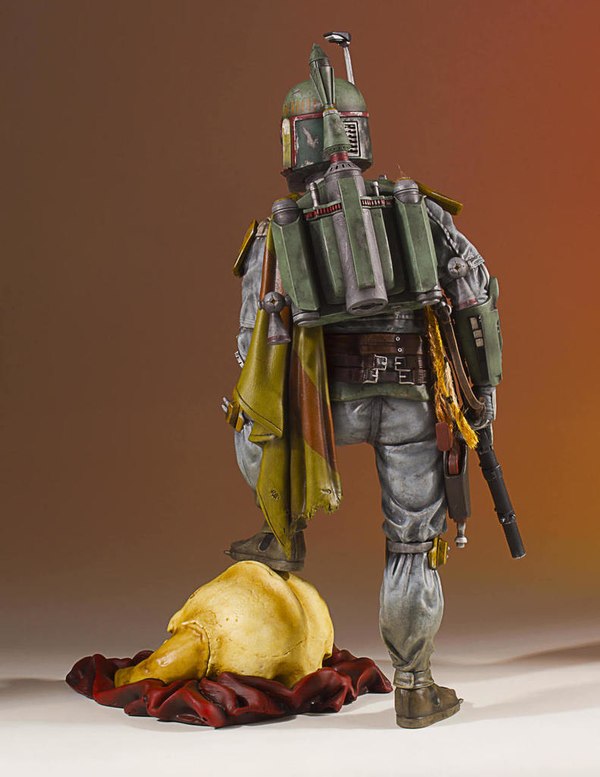 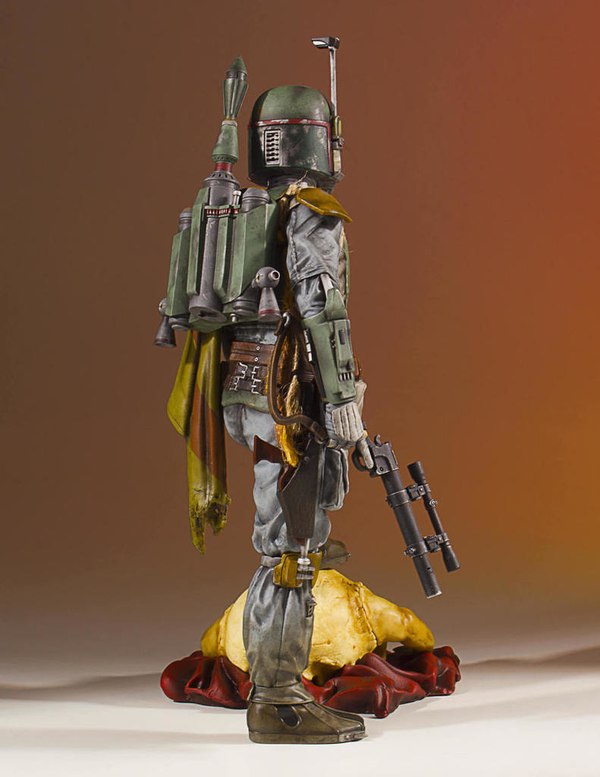 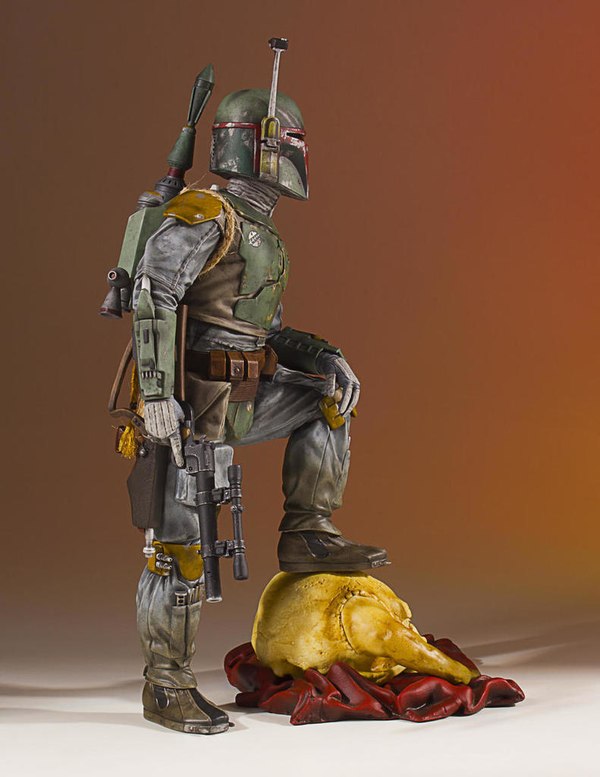