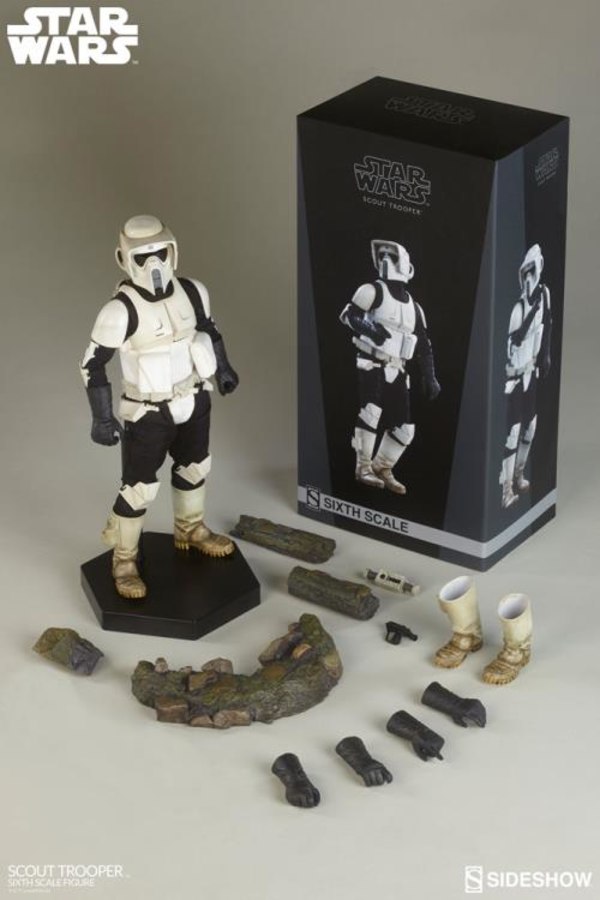 Product Description
Sideshow is proud to present the Scout Trooper Sixth Scale Figure, from Star Wars Episode VI: Return of the Jedi. The Scout Trooper Sixth Scale Figure is equipped with a detailed helmet and unique Imperial armor, including front and rear torso armor with a power unit backpack, as well as shoulder, hip, knee, and arm guards. The figure has a black fabric undersuit with a vest and cummerbund pouches.

The Scout Trooper has two pairs of swap-out boots, including standing and action boots. The figure includes a blaster pistol, and seven interchangeable gloved hands including a pair of tight C-grip hands, left loose C-grip hand and pointer hands, and right single and double-finger trigger hands. Display the Scout Trooper on the black hexagonal support stand, or add the included Endor forest elements to the base for an enhanced environment.

Product Features
12 inches (30.48cm)
Made of plastics
Based on Star Wars Episode VI: Return of the Jedi
Equipped with a detailed helmet and unique Imperial armor
Black fabric undersuit

Available for pre-order @ BigBadToyStore.com
Image 1 of 6 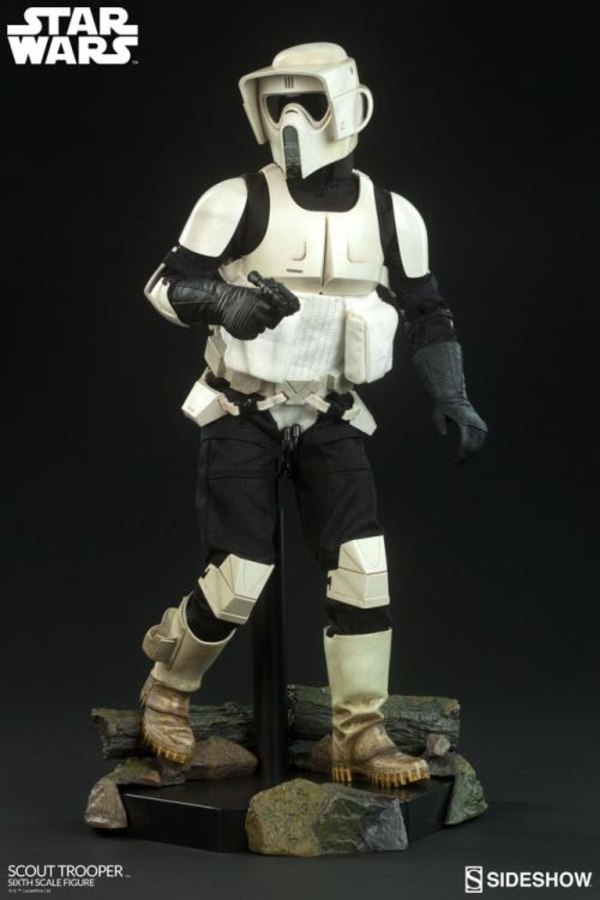 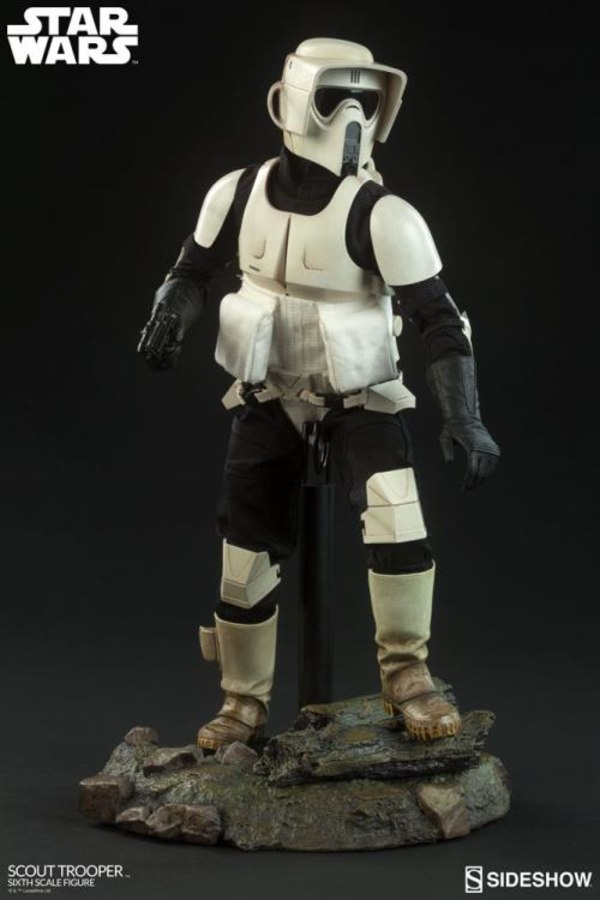 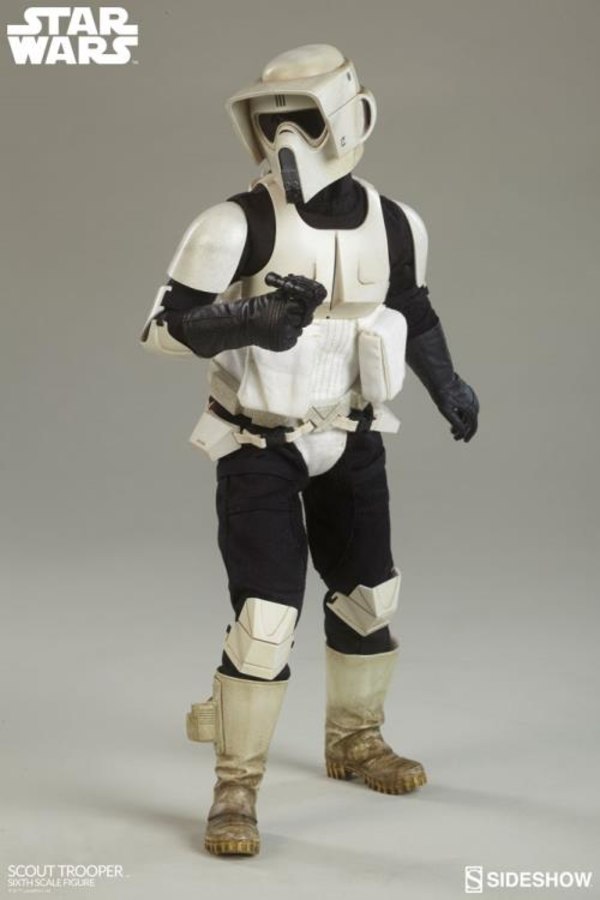 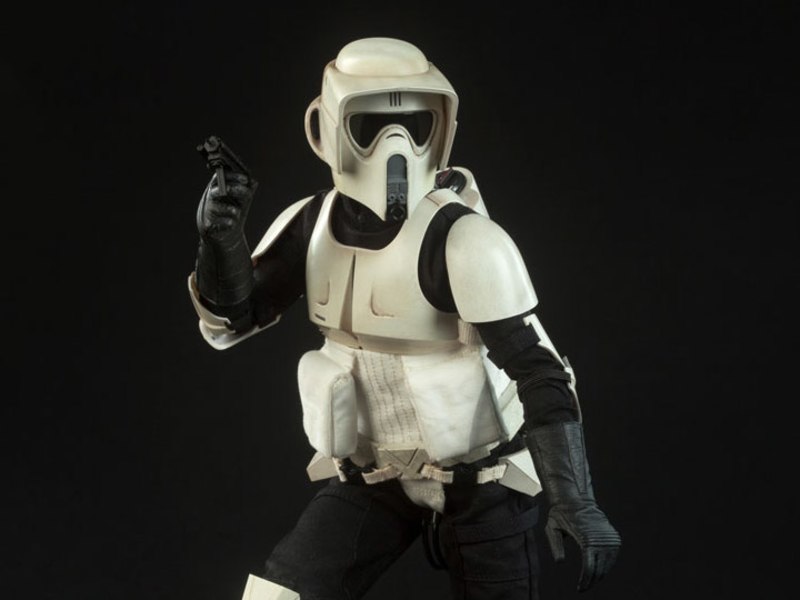 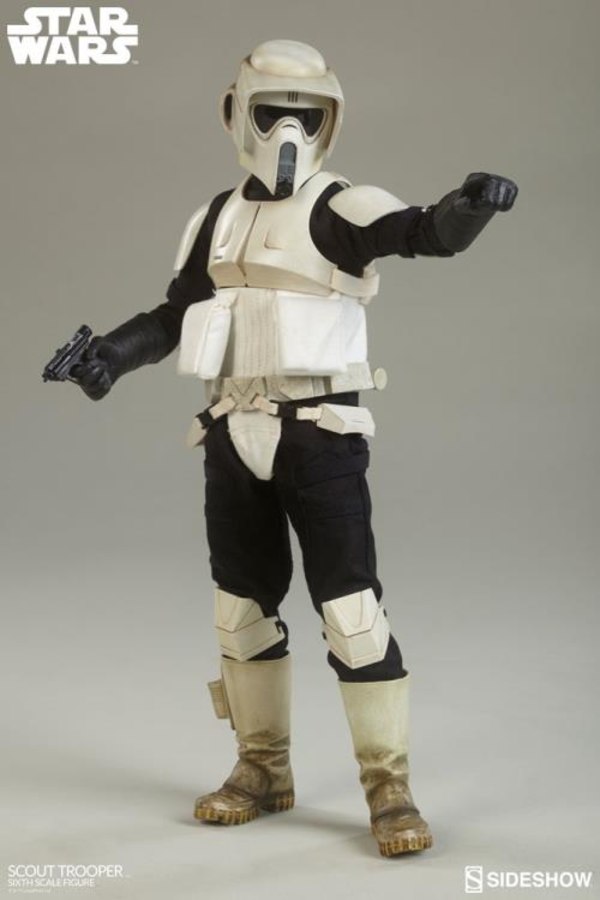