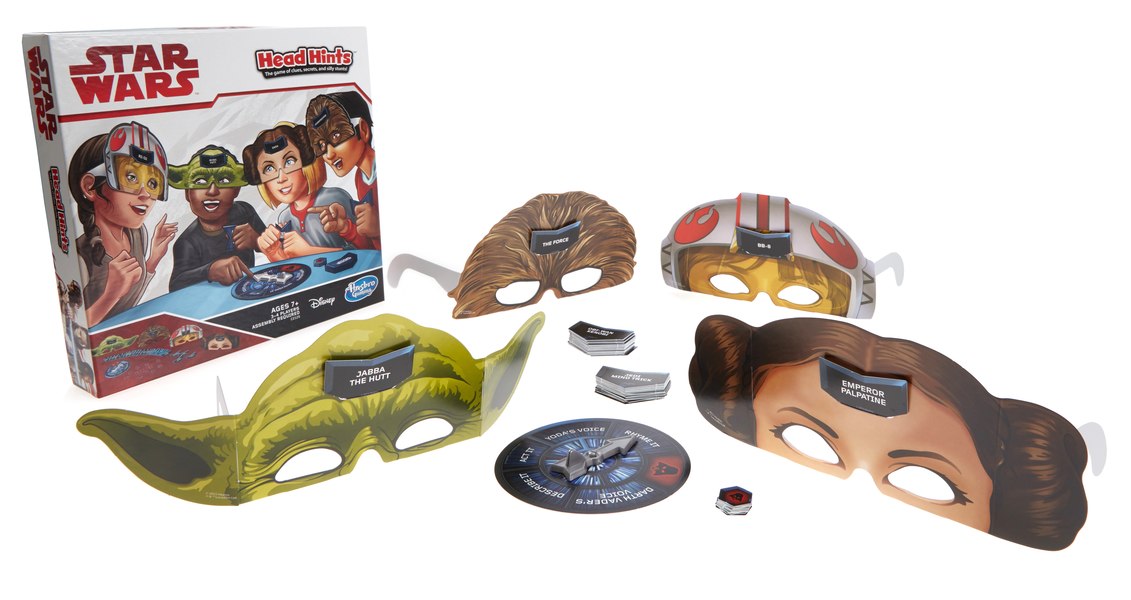 HEAD HINTS: STAR WARS Edition Game
(Ages 7 years & up/ Players 3-4/ Approx. Retail Price: $9.99/ Available: Fall 2017)
Heads up! In this hilarious game of clues, guesses, and silly stunts, players put on their STAR WARS inspired character glasses, insert a card, and help each other guess which mystery card they have! Can you guess which STAR WARS inspired card you have? The first player to correctly 6 mystery cards wins. The HEAD HINTS: STAR WARS Edition Game includes 12 mystery cards and 4 character masks. Available at select retailers nationwide and at HasbroToyShop.com. 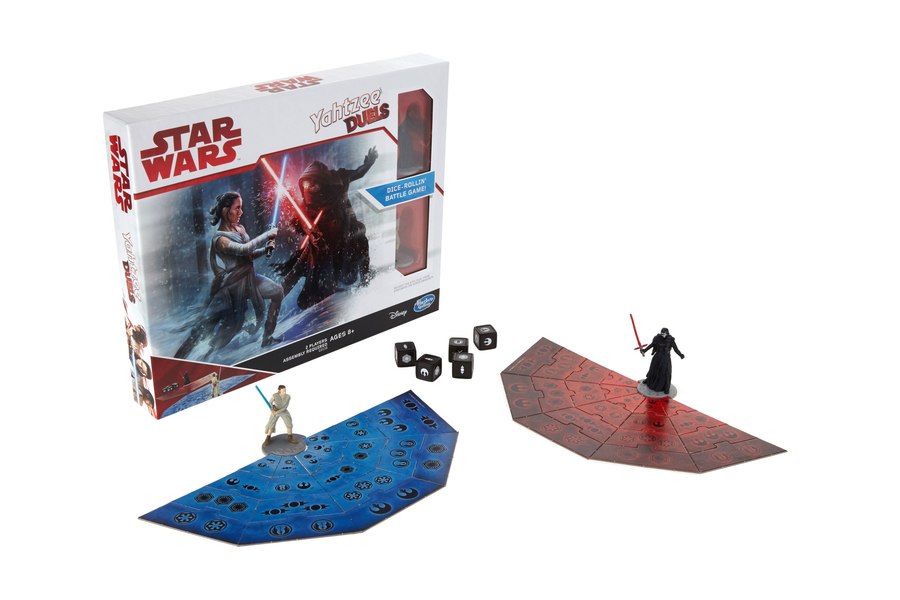 BATTLESHIP: STAR WARS Edition Game
(Ages 7 years & up/ Players: 2/ Approx. Retail Price; $19.99/ Available Fall 2017)
Hunt, strike, and win with this Star Wars themed BATTLESHIP game. Players can choose to play as an X-Wing pilot or TIE Fighter pilot as they set out to destroy their opponent's starship fleet to win. It's an intergalactic head-to-head battle as players track down enemy starships, call the shot, and "fire". Keep "firing" and record strikes with the red pegs, and use the white pegs to keep track of misses to avoid wasted shots. Who will rue the galaxy in this game that combines competition, strategy, and excitement?