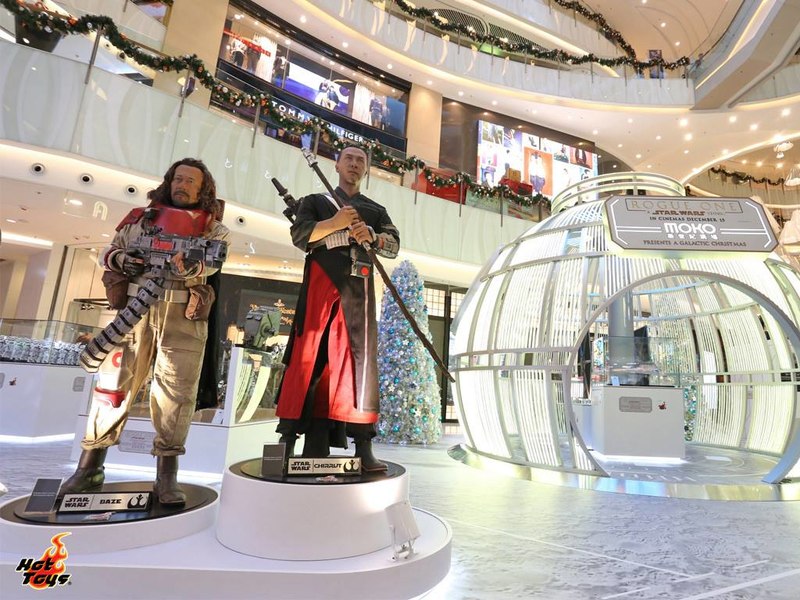 As we've come within a month from the highly anticipated release of Rogue One: A Star Wars Story, Hot Toys is eager to celebrate with all fans at the Star Wars-themed Hot Toys Pop-up Store at the MOKO mall in Hong Kong.

The Pop-up Store will serve as the "Rebel base" for all Star Wars fans in town from tomorrow (November 19th) until January 1st, 2017. Visitors will be able to check out an incredible array of the latest offerings from Hot Toys, and today we organized a special preview session exclusively for Hot Toys VIPs, who were obviously excited to enjoy the privilege!

The centerpiece of the exhibition is a collection of life-size statues based on characters from the film, most notably those of Chirrut Imwe and Baze Malbus, two Rebel heroes played by international action superstar Donnie Yen and acclaimed actor Jiang Wen, respectively. These highly accurate statues, now exhibited publicly for the first time, were created with such intense passion and expertise typical of Hot Toys that even Donnie was quick to show his approval upon meeting his Hot Toys "double" at an earlier press event.

Other eye-catching exhibits include two spectacular dioramas recreating pulse-pounding scenes from the Star Wars movies with 1/6th scale collectible figures made by Hot Toys. One depicts the fierce battle from Rogue One: A Star Wars Story between the Rebels and the Empire on planet Jedha, featuring an AT-ST walker and some never-before-seen figures in 1/6th scale. The other shows an impressive military parade with Darth Vader and some 80+ Stormtroopers!

Fans and collectors would be delighted to find a limited edition Stormtrooper on pre-order, which is inspired by the unique blue-and-white porcelain art originated in ancient China, as well as 6 exclusive Cosbaby Bobble-head Collectibles for purchase. The Pop-up Store also carries a wide variety of other Star Wars merchandises from Hot Toys, including a selection of 1/6th scale collectible figures, Cosbaby and assorted lifestyle premiums that every Star Wars fan would love to bring home.

Come join us at MOKO and feel the Force at the Rogue One: A Star Wars Story Pop-up Store powered by Hot Toys!

Check out more images from the event below.
Image 1 of 13 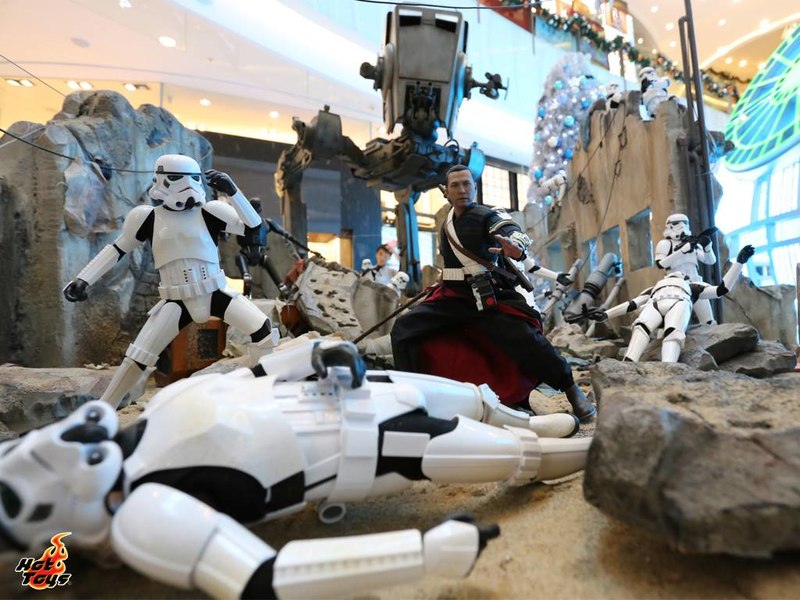 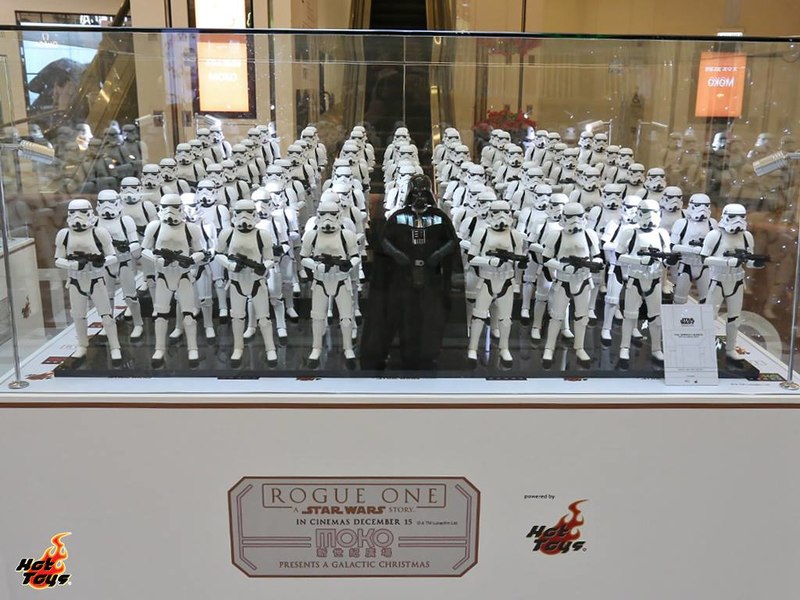 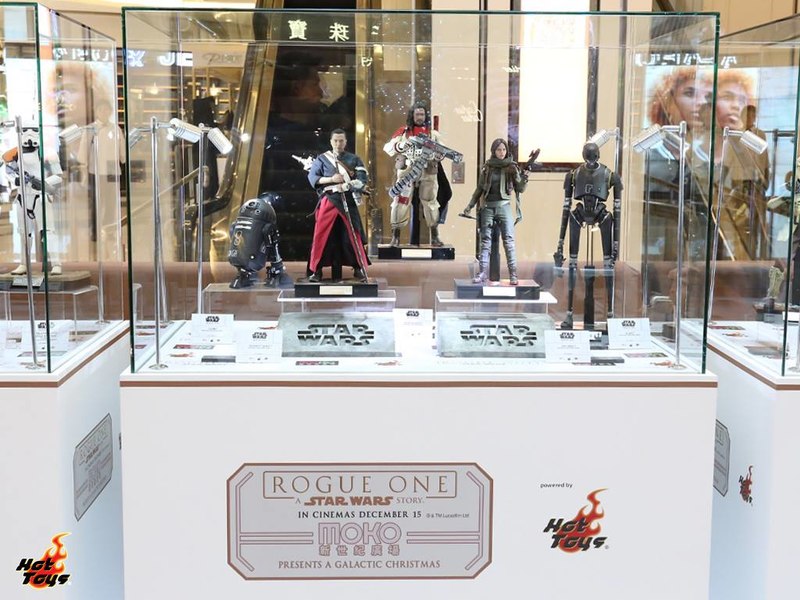 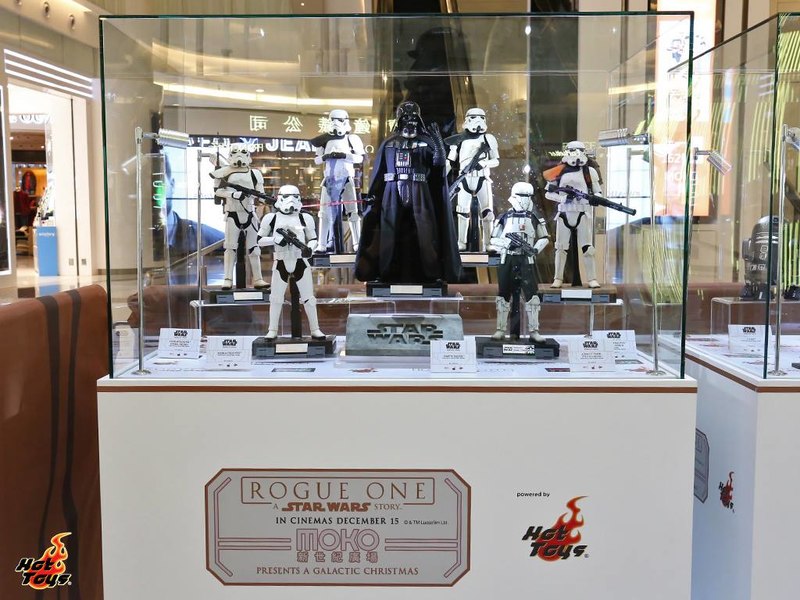 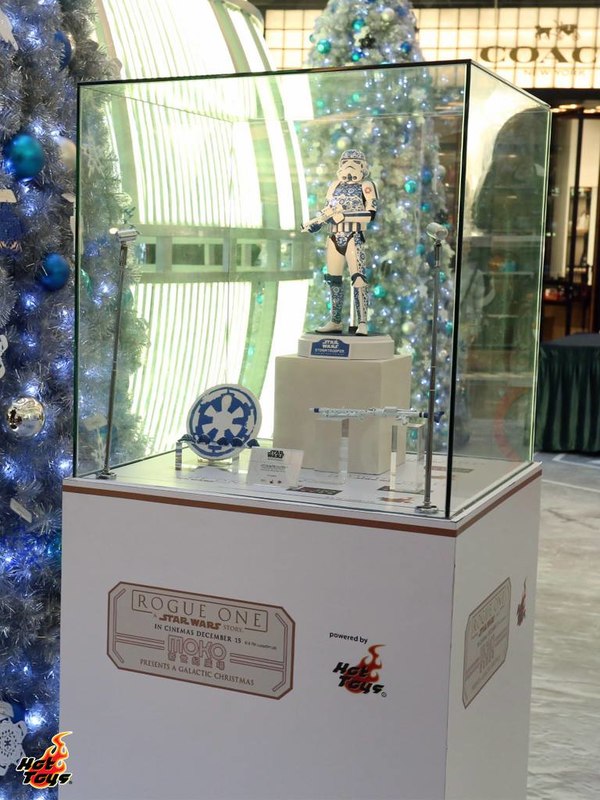 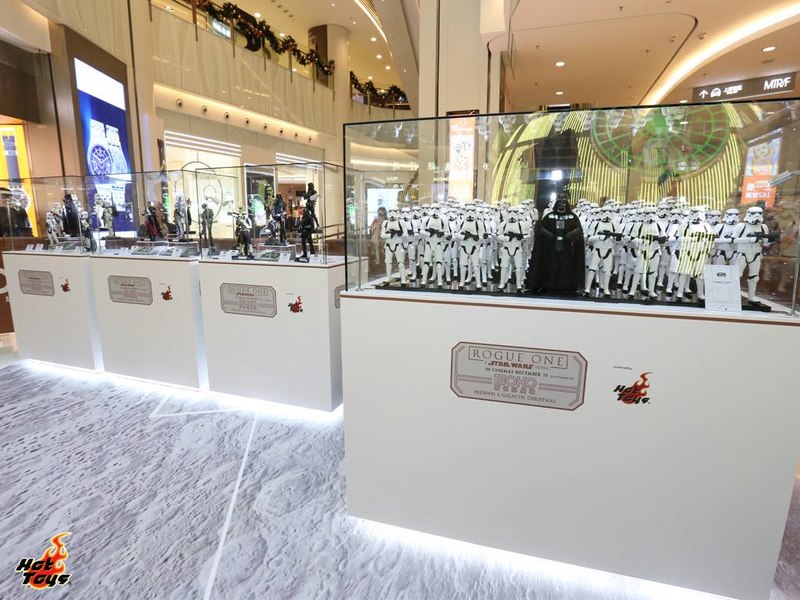 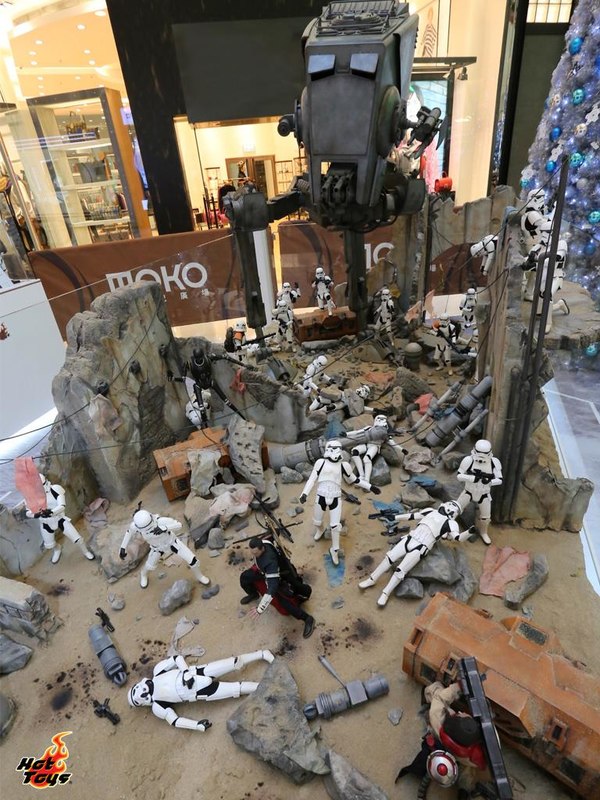 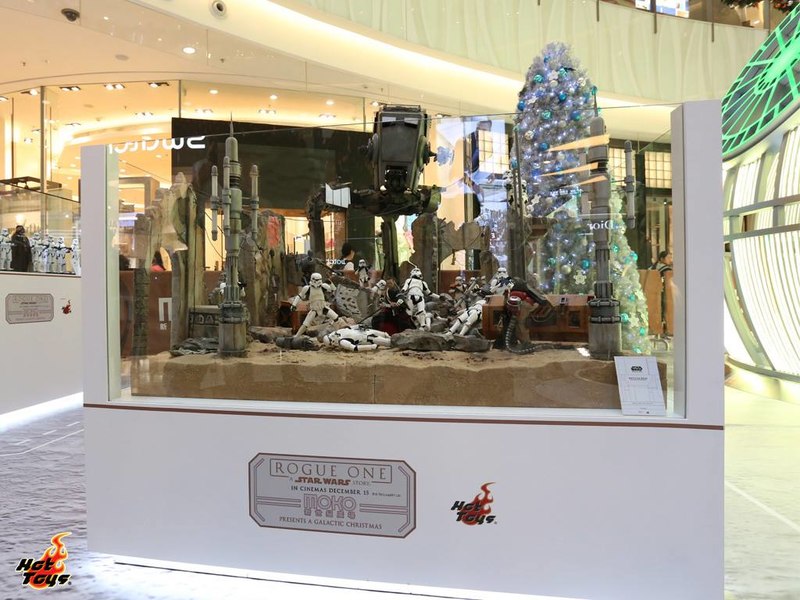 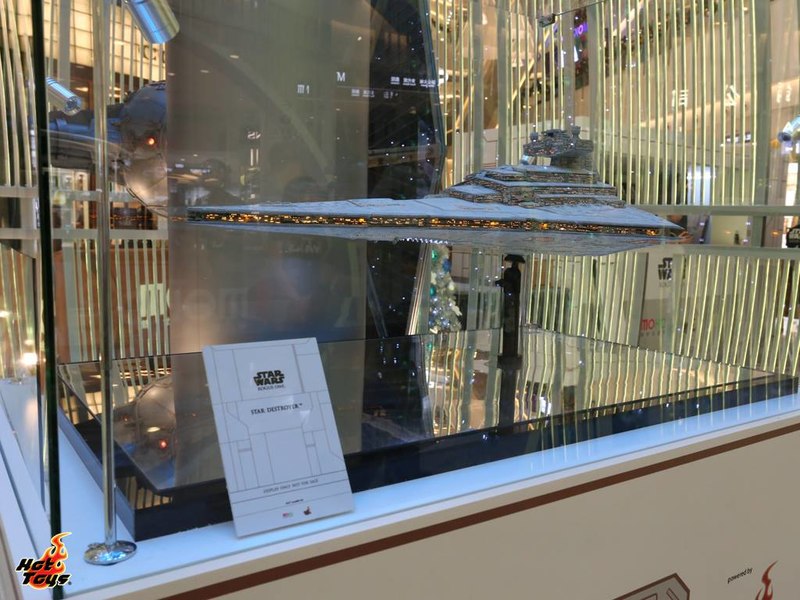 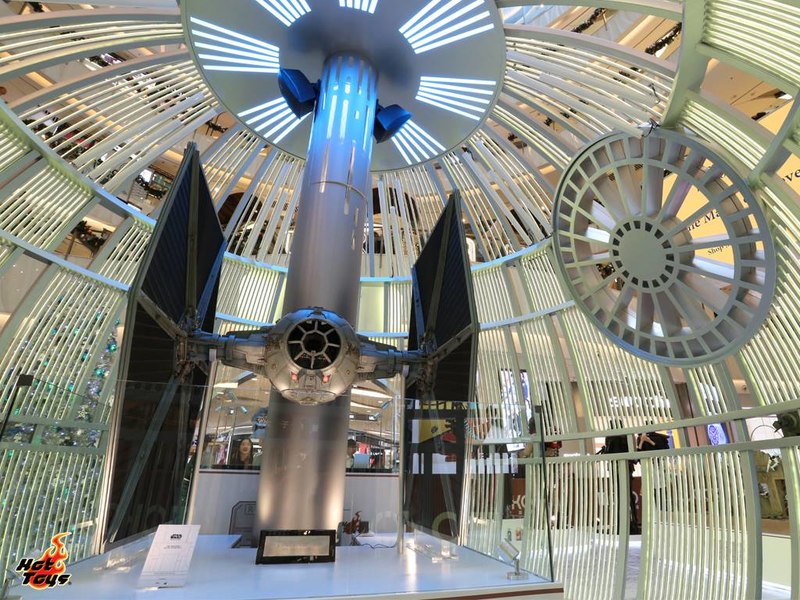 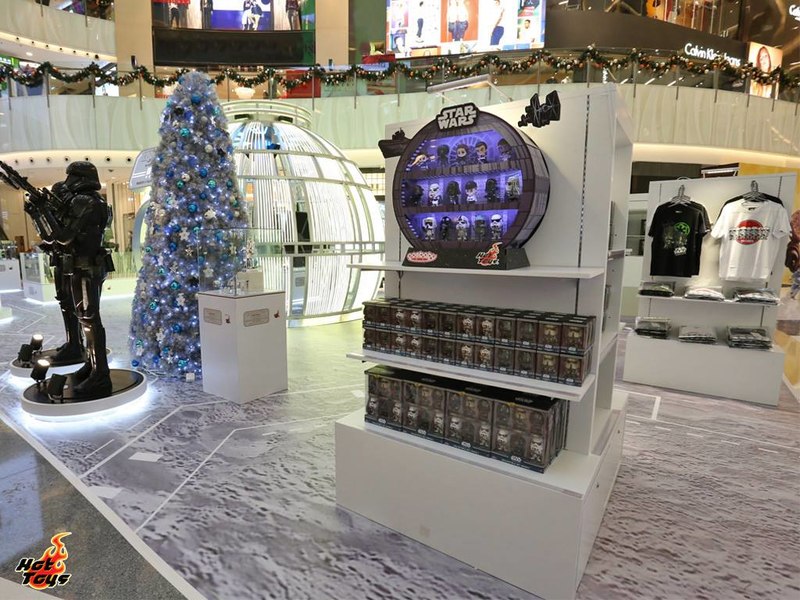 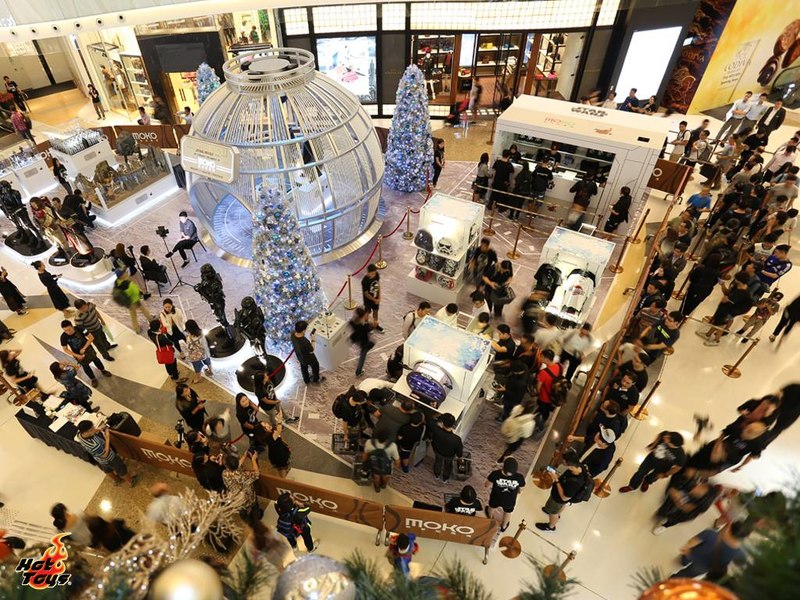