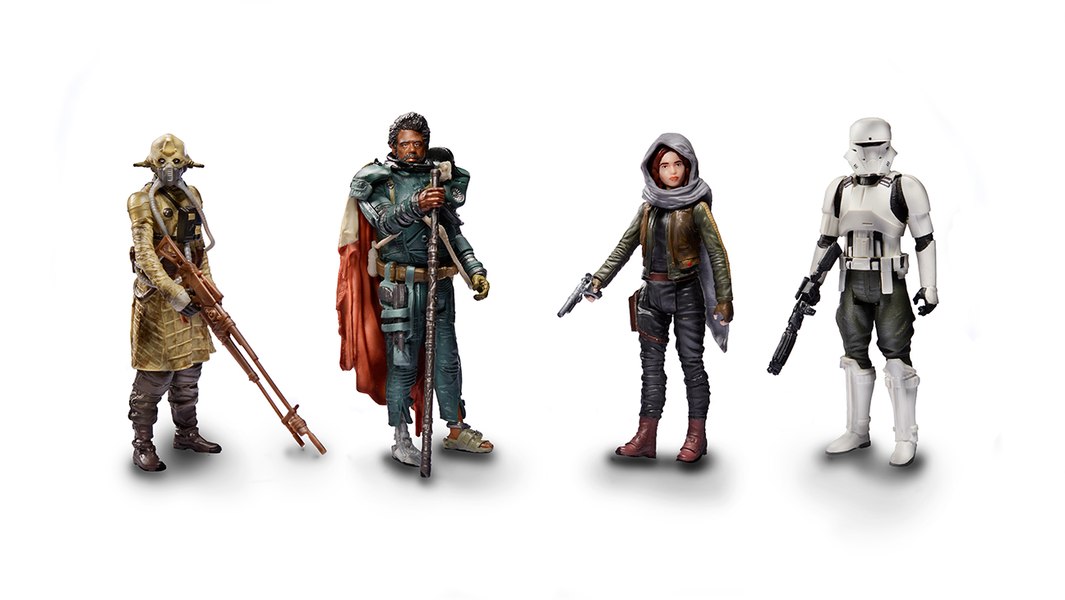 THR has given us our first look at an upcoming Rogue One action figure 4-pack from Hasbro featuring the first Saw Gerrera (Forest Whitaker) figure. While the THR article isn't clear what scale these figures are, they appear to be 3.75" basic figures with 5 points of articulation. No word on an exact release date or price. The other figures in the set include bounty hunter Edrio Two Tubes, Jyn Erso and an Imperial Hovertank Pilot.

UPDATE: Here is the official description of the set from Hasbro: