Jay Cochran - August 26, 2016
As we see Hasbro including NERF blasters on more and more of their Star Wars vehicles, many have been left wondering if they are removable or not? The answer seems to be NO. On larger vehicles like last year's Force Awakens Millennium Falcon and this years Rogue One U-Wing the cannon appears to be retractable, meaning they can be hidden if you so desire. On the smaller vehicles like the upcoming Rogue One Tie Striker and the Rebels A-Wing they appear to be fixed, meaning your stuck with them being visible. This new image from the packaging of the U-Wing and Tie Striker which comes courtesy of Nighthawk via YakFace illiterates this.

Truth be told, even though the cannon on the Tie Striker is fixed, without the bright green missile in it, the cannon doesn't seem to stick out to badly, what do you think? 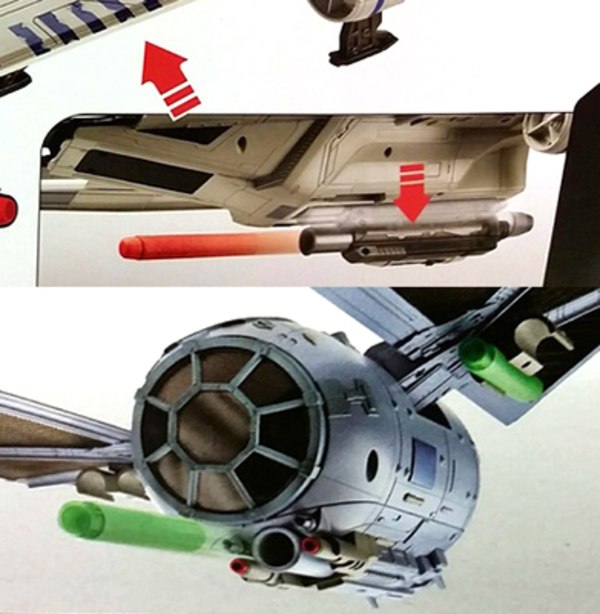