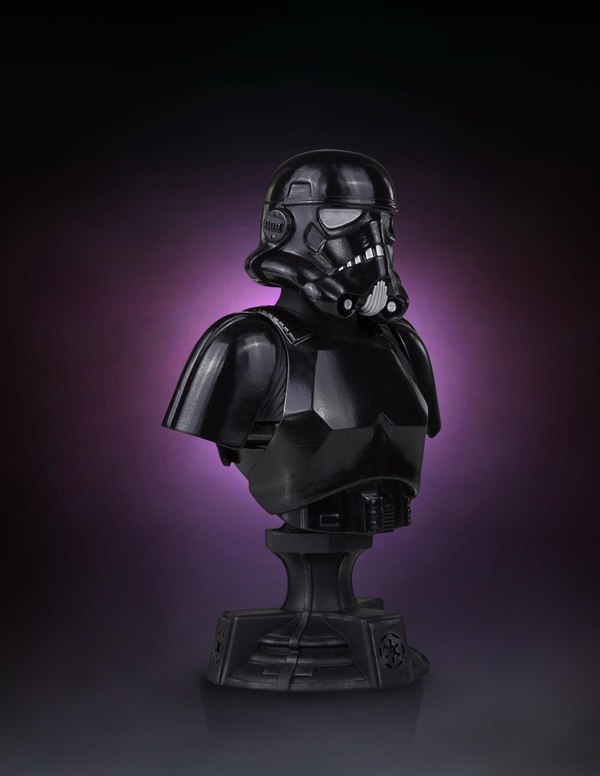 One of the most iconic images of the entire Star Wars Universe is that of a Stormtrooper’s white armor. This is one of the reasons that it was so intrigueing to see the same armor, painted stark black, appear in the expanded universe as an Imperial Shadow Trooper. The stories of the Shadow Troopers always shared a common thread of espionage, infiltration and Special Forces. The ominous appearance of their armor has led to many uses of the Shadow Trooper in comics, video games, and other corners of the Star Wars Expanded Universe. Gentle Giant Ltd. is excited to announce for our Premier Guild members the Imperial Shadow Trooper Classic mini-bust. Continuing the beautiful lineup of Classic style Mini Busts that started with Darth Vader, this series combines the timeless aesthetics of sculpture from Greek and Roman antiquity, with pop culture’s most iconic characters. 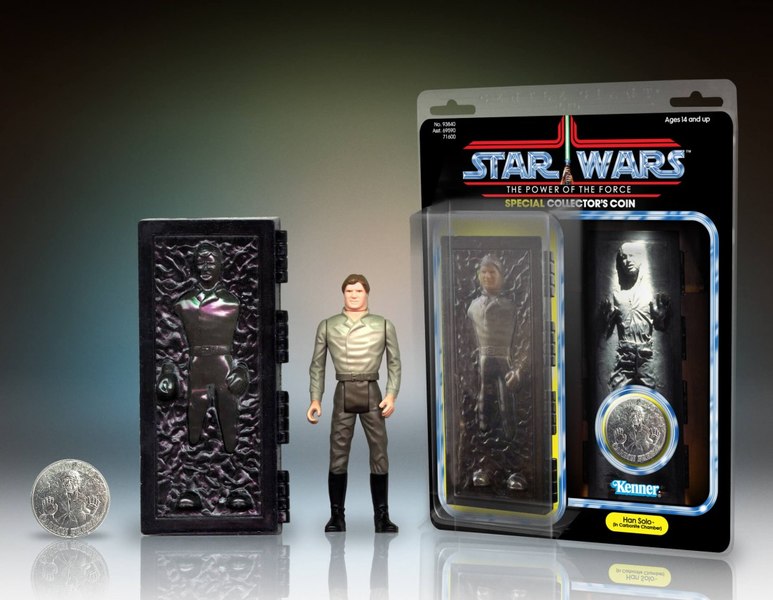 Over the past several years we have brought many of our amazing Star Wars Jumbo figures to the collectors. These figures, based off of digital scans of the original toys from the 1980’s, have been some of our most hunted collectibles ever. So it’s only fitting that we bring our Premier Guild Members the most hunted smuggler in the galaxy, Han Solo! This incredible version of Captain Solo is based off of the 1984 The Power Of The Force Han Solo in Carbonite Chamber figure. This figure will come complete with his retro backer card, resealable blister packaging, silver coin, and will even include his Carbonite Chamber!!! 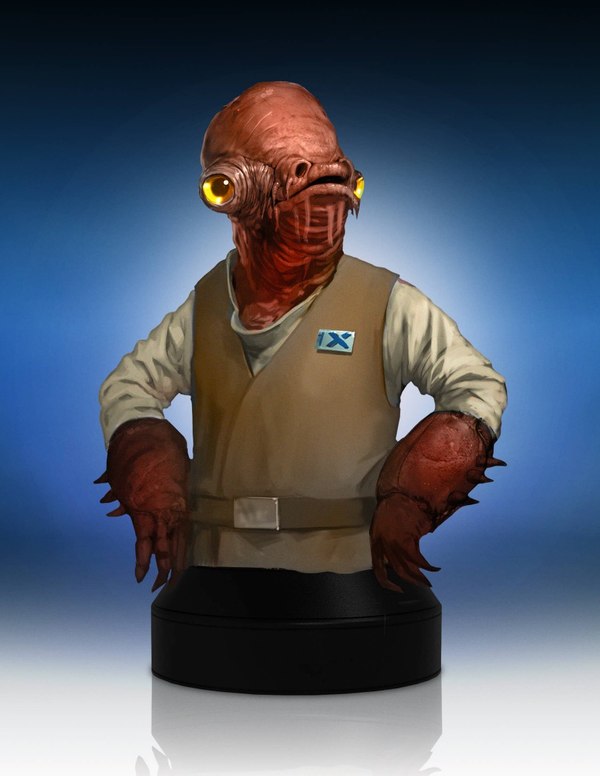 One of the greatest commanders in the history of the Rebel Alliance, as well as the Resistance, Admiral Ackbar was first introduced to fans in Star Wars: Return of the Jedi. Admiral Ackbar became well known for his role in the defeat of the Empire, and the destruction of the second Death Star, as well as his historical declaration “IT’S A TRAP!” Fans where extremely happy to see the character return, over 30 years later, in Star Wars: The Force Awakens. Facing another planet destroying menace, Admiral Ackbar’s strategic prowess comes in to play yet again, in aiding the Resistance to victory. Gentle Giant Ltd. is proud to present to our Premiere Guild members this deluxe bust of Admiral Ackbar as seen in Star Wars: The Force Awakens. This amazing collectible was digitally sculpted to exacting detail, and has been painted to feature the subtle patterns on his skin that show his aging. This attention to detail brings Ackbar to life once again as an amazing addition to your PGM collection! 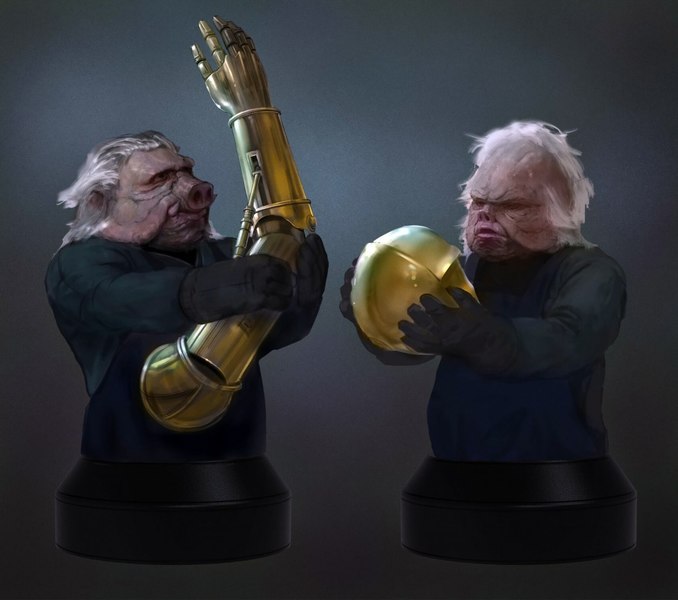 The mining colony of Cloud City hovers upon the planet of Bespin. This tibanna gas mining facility is the home for many, but owes its mechanical efficiency to its Ugnaught workers. These short, humanoid creatures, with pig like features, are well known for their mechanical abilities. When C-3P0 went missing on Cloud City, it was in the company of Ugnaughts that Chewbacca found the dismembered protocol droid. Luckily for C-3P0, Chewy arrived just in time, as the Ugnaughts were inspecting the golden droid’s parts in order to decide what to scrap, and what to melt down. Gentle Giant Ltd. is excited to announce for our Premier Guild members the Ugnaught Mini Bust 2 Pack Mini Bust Set. This incredible mini-bust set depicts two Ugnaught workers inspecting C-3P0’s arm and head for scrap, only moments before the parts are confiscated by the heroic Wookie. Be sure to order this amazing set that does an amazing job at illustrating, yet another, precarious situation that C-3P0 has gotten himself into!
Image 1 of 6 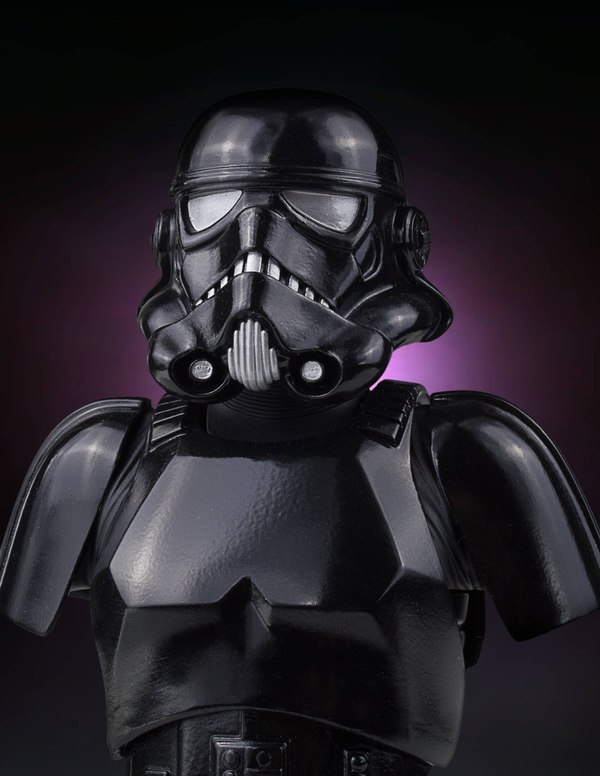 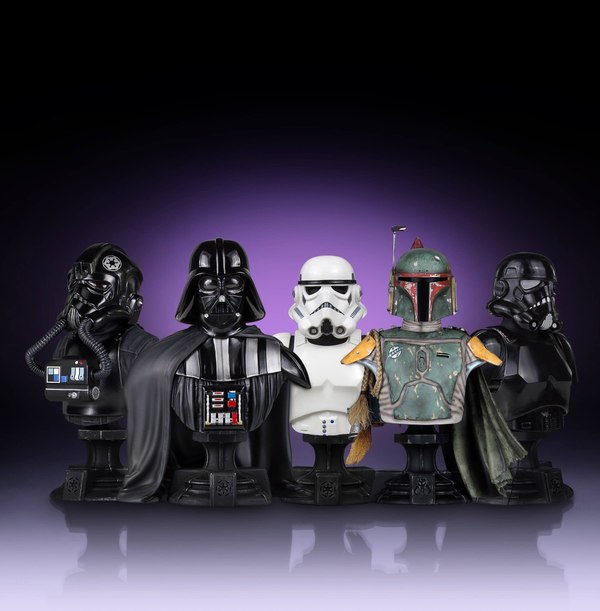