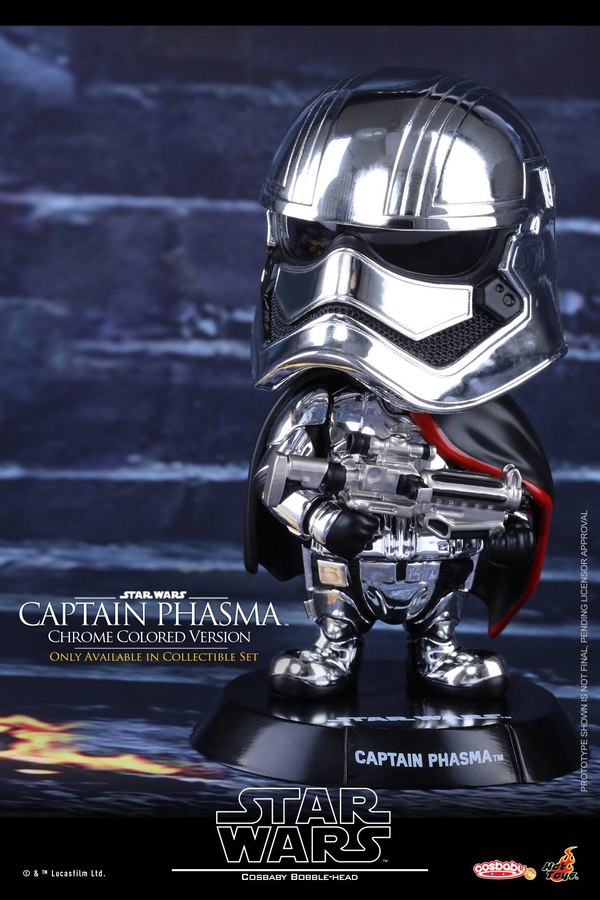 Star Wars: The Force Awakens has broken box-office record around the world since its debut and the movie studio has already mentioned there will be more Star Wars to come in the future. With the passion continues to grow strong for this epic space saga, Hot Toys is pleased to officially present today a new series of Cosbaby Bobble-Heads based on Star Wars: The Force Awakens!

A collectible set of 6 will also be available where Captain Phasma will be exclusively featured in chrome colored armor and also include an additional First Order Stormtrooper (Jakku Exclusive)!

This new series of Cosbaby Bobble-Head will be great additions for any Star Wars fans!
Image 1 of 10 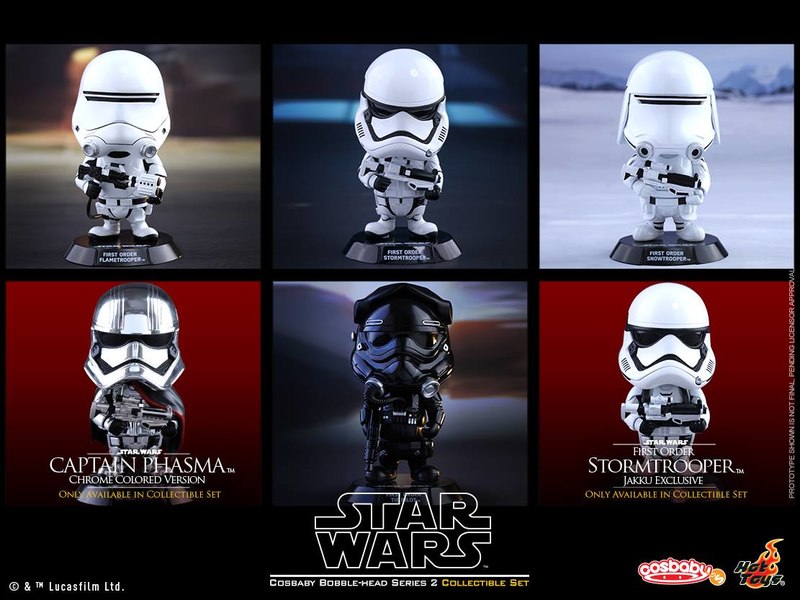 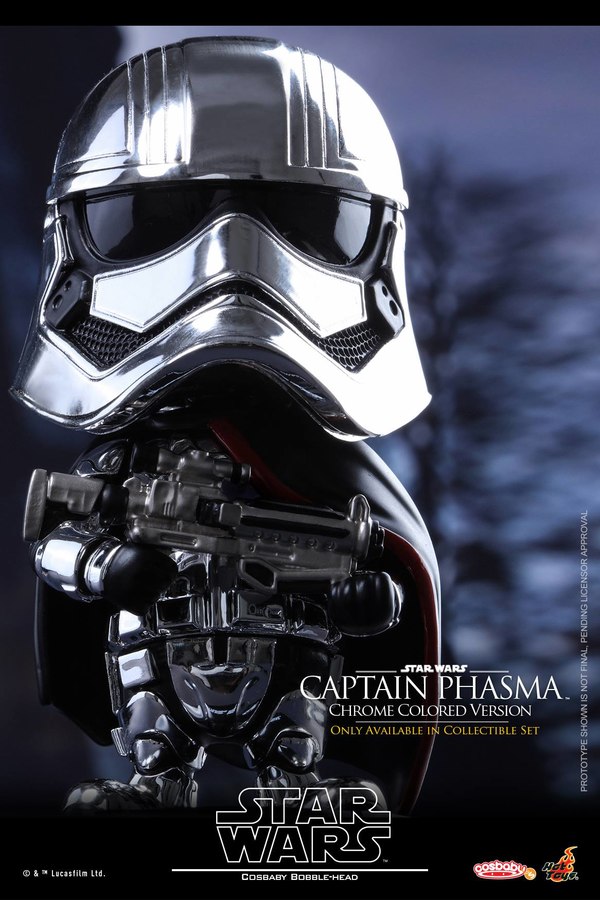 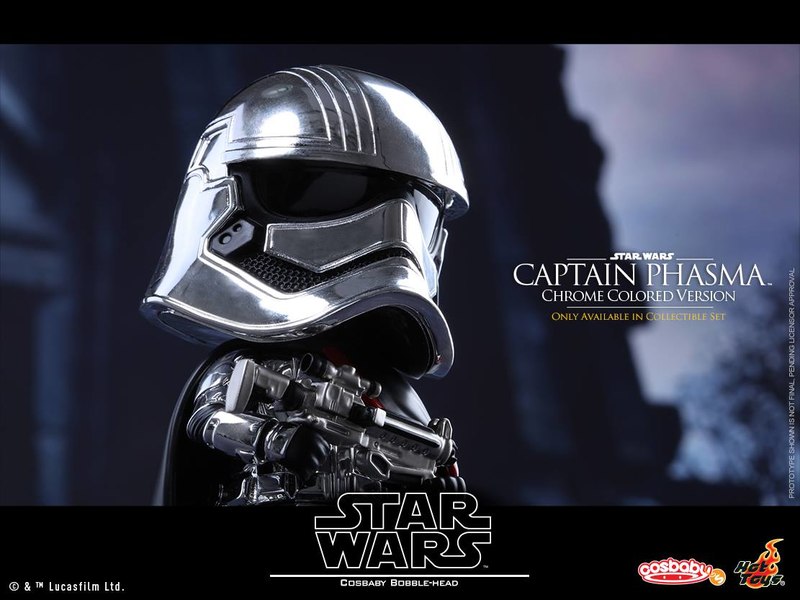 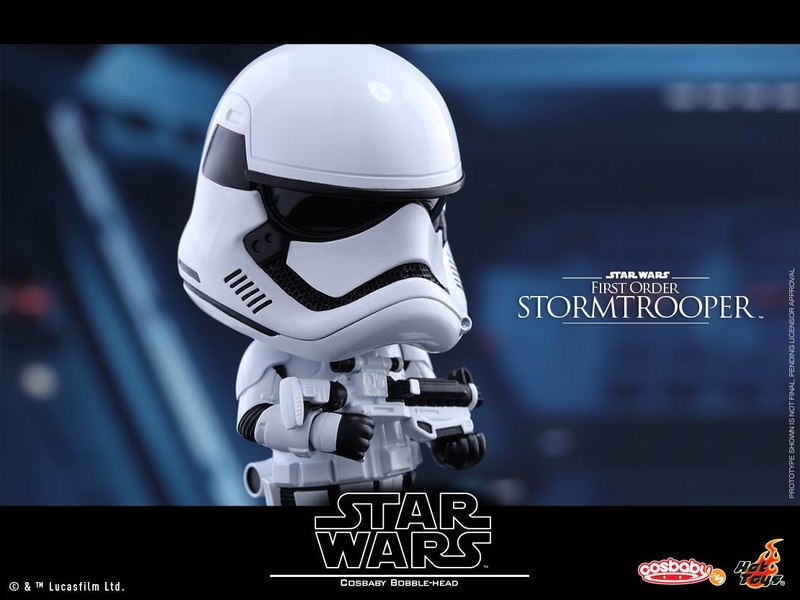 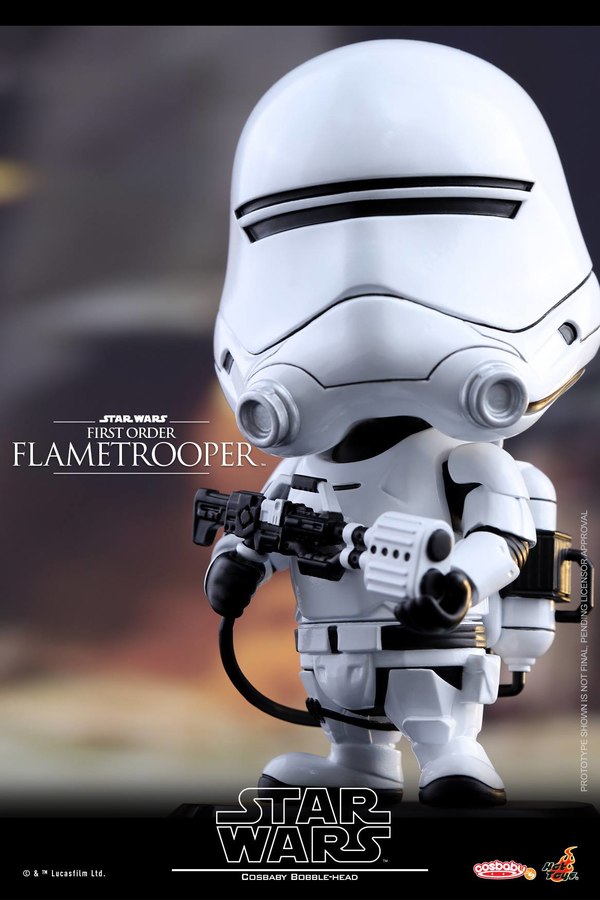 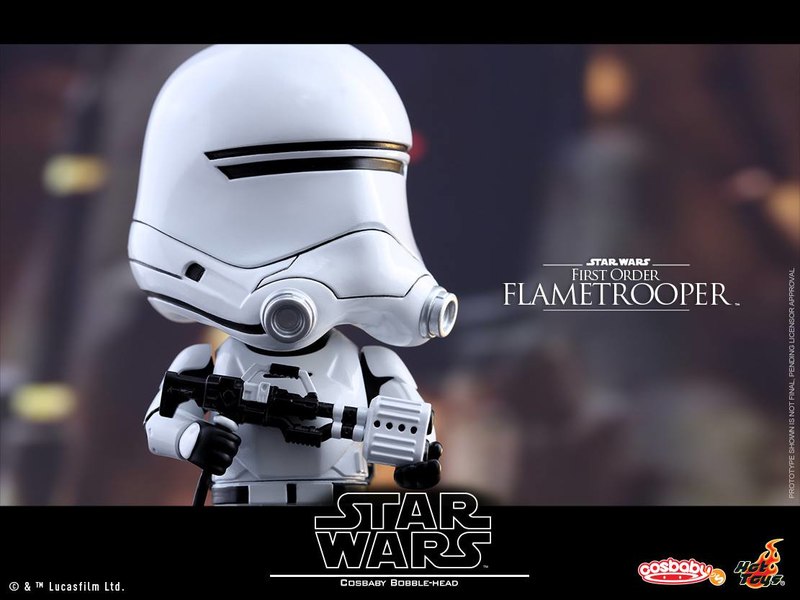 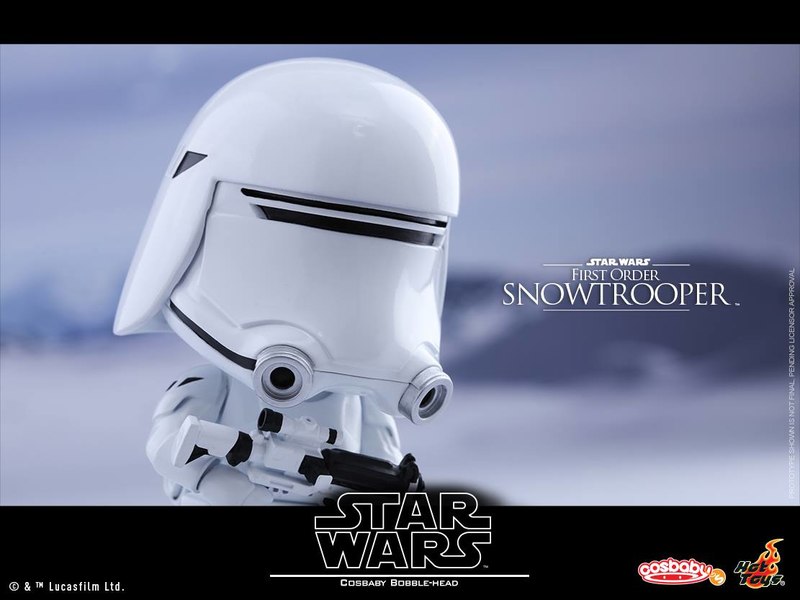 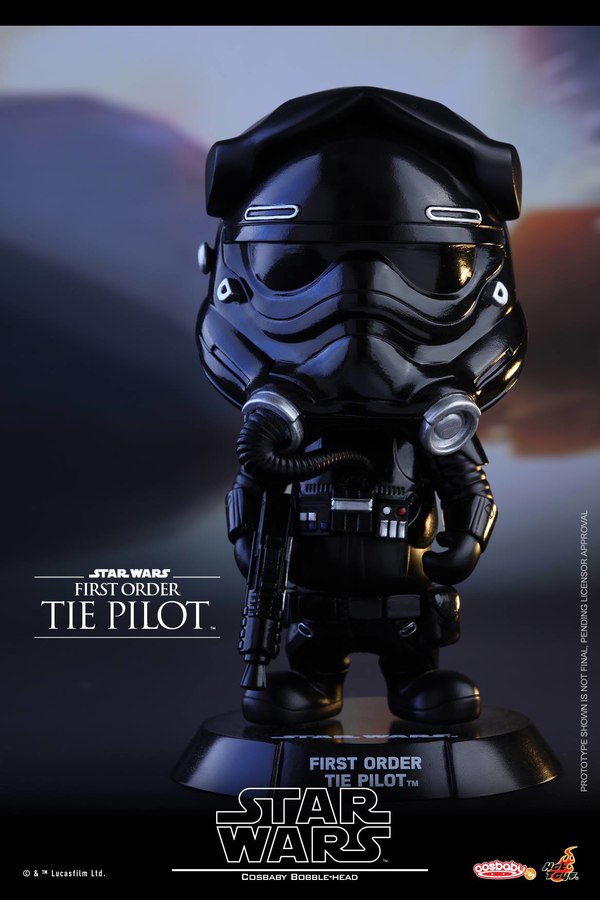 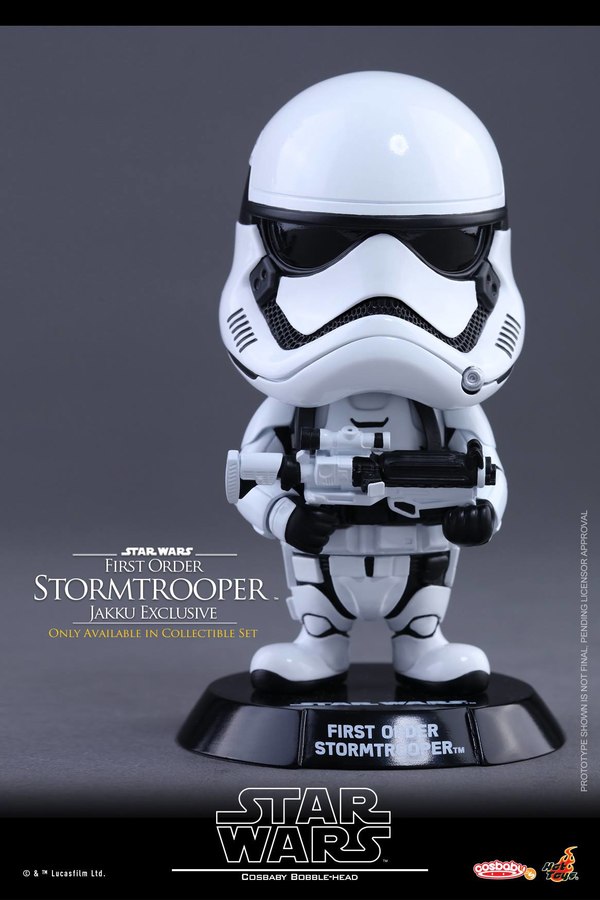 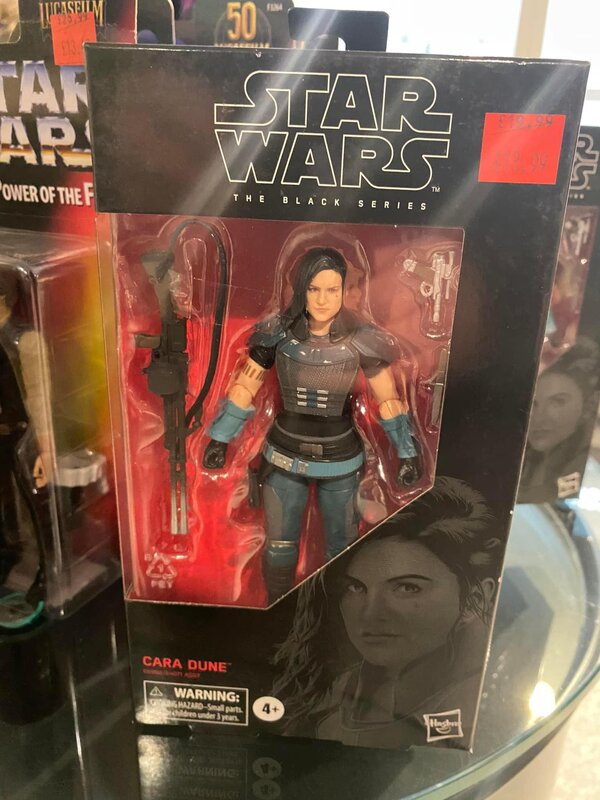