The statues are the latest to join Beast Kingdom’s line of officially licensed, collectible Egg Attack Star Wars figures that are available now from authorized Bluefin retailers nationwide and also from a variety of leading online outlets. The Egg Attack statues present extremely high quality, super-deformed renditions of several legendary characters from the Star Wars film franchise and can accent an ardent fan’s existing display or become the unique centerpieces of any collection.

Depicted as the legendary droids appeared in the original Star Wars Episodes IV, V and VI film trilogy, the stunning renditions of R2-D2 and C-3PO are officially licensed by Lucasfilm and are constructed with compound materials. Their screen accurate paintjobs fully realize R2-D2’s classic blue and white plating and C-3PO’s gold armor, silver right leg, and his weathered appearance from the time spent stranded on the desert planet of Tatooine. 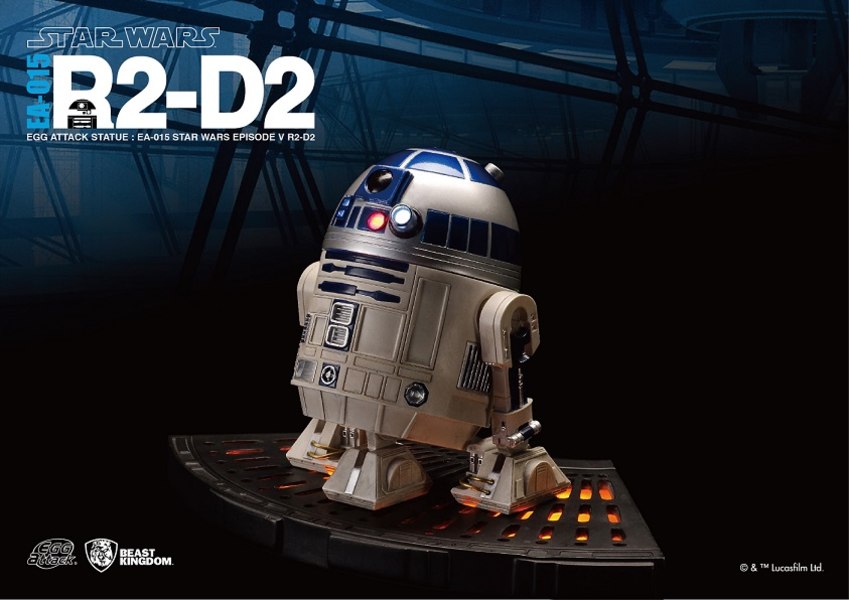 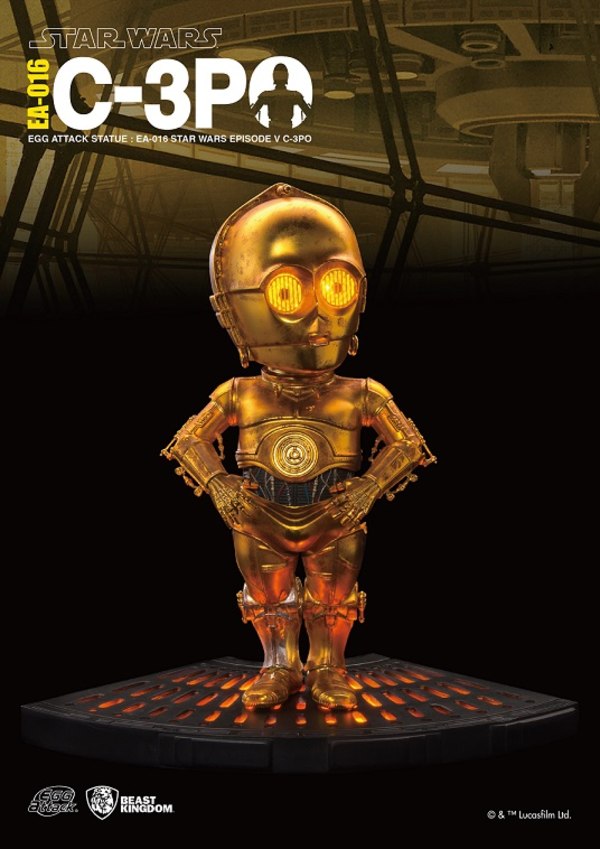 Height: Approx. 6 inches; MSRP: $164.99
This collectible statue is constructed with compound material and expertly painted to depict C-3PO’s gold armor, silver right leg, and the weathering effects from time spent stranded on the desert planet of Tatooine. It has built-in classic lines officially licensed by Lucasfilm, and also comes with a classic Carbon-Freezing Chamber light-up figure stand for collectors to customize their display.