Jay Cochran - December 08, 2015
The folks over at Star Wars Action News have discovered a new figure for Hasbro's 3.75" Force Awakens Build-A-Weapon line. It is a new version of Rey in Resistance Outfit. The back of the packaging reveals a E7 figure of Han Solo is coming very soon. 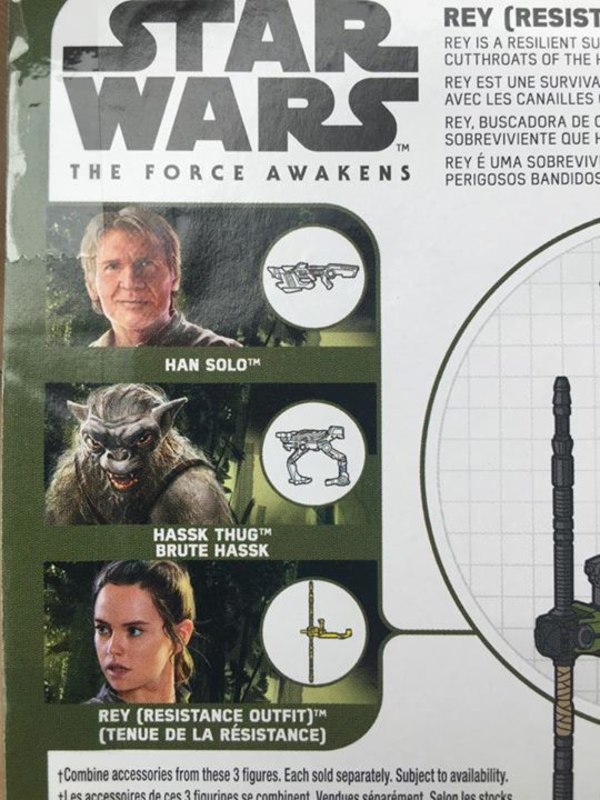 And the figure itself has an accessory that is a potential MAJOR SPOILER for the upcoming movie.

You will notice this figure comes with Anakin/Luke's former blue lightsaber which we have seen Finn use in the trailers. If a comment said to have been made by Harrison Ford this weekend is true:

She will pick up that lightsaber at some point in the movie and use it against Kylo Ren. This also lends more credence to rumors that Rey is the Jedi offspring of Han Solo and General Leia, though that is by no means confirmed even with this latest news.

Star Wars The Force Awakens opens in theaters on December 18.