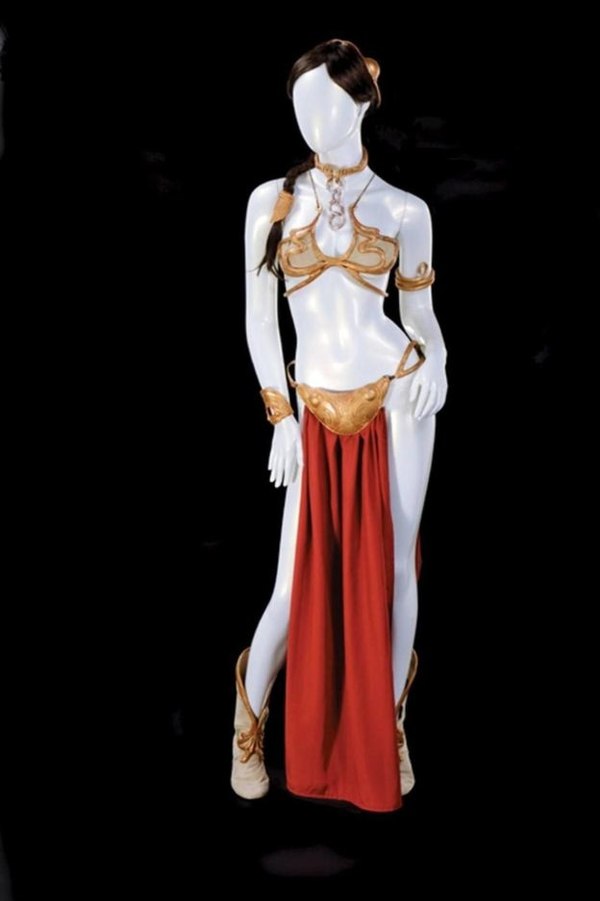 Two items used in the filming of the original Star Wars films brought in over $500,000 in an online auction run by the US firm Profiles In History. The highest price was paid for a miniature model of Princess Leia's "Blockade Runner", seen in the opening shot of Star Wars: A New Hope, the prop reached $450,000, a record amount paid for a Star Wars artifact. Princess Leia's iconic bikini from Return Of The Jedi brought in $96,000, with the winner receiving he unnamed winner received the costume, a collar, several chain links, and a letter of authenticity from Star Wars designer Richard Miller.
(Source: BBC)