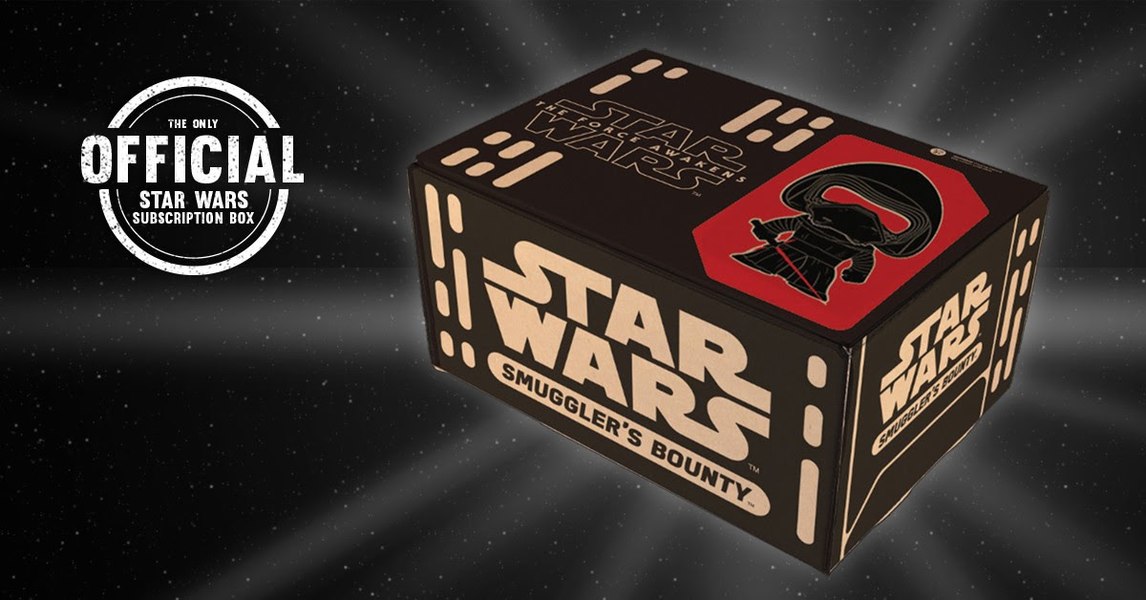 Star Wars.com and Funko are proud to unveil Smuggler’s Bounty, the only OFFICIAL Star Wars subscription box in the galaxy! Featuring 100% exclusive collectibles, apparel and accessories from the Star Wars universe, the debut box - entitled Star Wars: The Force Awakens - will ship this November.

For just $25 every other month, members will receive a box full of exclusive Star Wars-themed Funko items valued at over $50. Each box will focus on a different part of the Star Wars universe and include memorabilia exclusive to the program. The initial November box will contain TWO exclusive Pop! vinyl bobbleheads from the upcoming film Star Wars: The Force Awakens, as well as a host of other surprises perfect for any Star Wars fan. Boxes will ship every two months, and there are two member levels available – a monthly plan (Pirate), and an annual plan (Boss) featuring a mystery reward upon completing one year in the program.

Don’t miss this chance to get in early and acquire the premiere box from Smuggler’s Bounty - Star Wars: The Force Awakens. Sign-up today at www.smugglersbounty.com!
Image 1 of 1