To commemorate the May the 4th and the 30th Anniversary of the Star Wars: Droids Animated Series, Gentle Giant Ltd is happy to announce one of our Star Wars San Diego Comic Con 2015 Exclusive Droids R2-D2 Kenner Inspired Jumbo Figure! This figure was digitally scanned from mint 3 ľ” Kenner originals and reproduced in 12” scale while maintaining all of the figure’s details. Injection molded with durable plastics, this figure features original articulation. The Star Wars: Droids R2-D2 figure will even feature a jumbo replica of the coin that came with the original figures!

To further capture the vintage feel, Gentle Giant has packaged this figure with a Star Wars Droids inspired backer card featuring original photos and artwork. Designed with the collector in mind, the figure comes in a re-sealable plastic outer clam shell to help protect and display this limited edition figure. This limited edition R2-D2 figure will be one of the hottest exclusives at San Diego Comic Con 2015!

If you are not planning on attending San Diego Comic Con 2015, but still wish to purchase the Droids R2-D3 Jumbo Figure, then join the Gentle Giant Ltd Premier Guild today!!!
Image 1 of 2 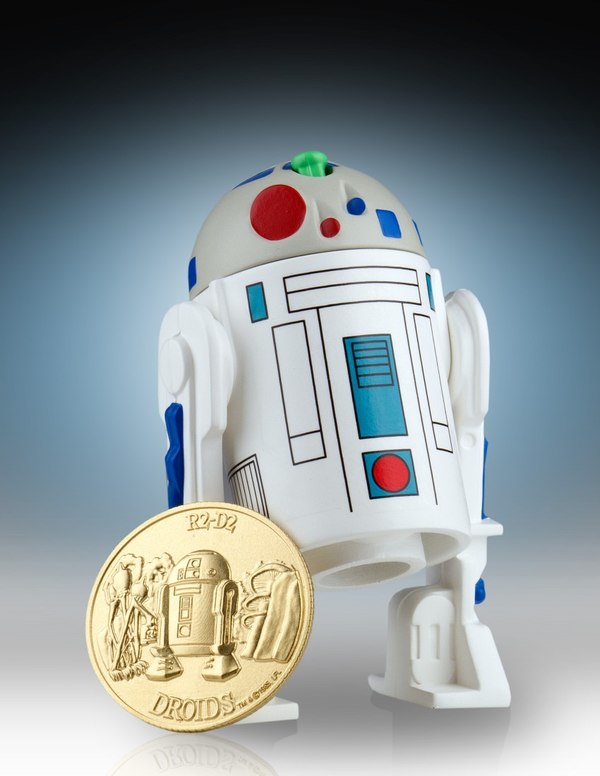 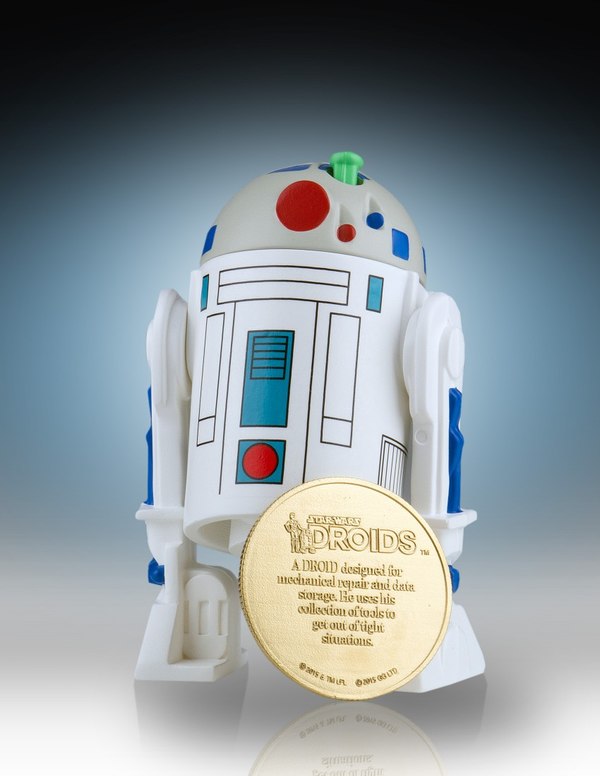