Jay Cochran - April 18, 2015
A Kotobukiya Japanese import! Star Wars ARTFX+ Statues bring you all of the quality and detailing that you expect from an ARTFX release in a great smaller scale perfect for collecting! The Saga Collection has exploded with such greats as Boba Fett, Darth Vader, and super popular 2 Packs featuring pairs of heroes as well as army builders like troopers, clones, guards, and more. The latest set lets you beef up your Imperial forces even further with one of the most unique and cool looking designs from the classic trilogy with the SNOWTROOPER 2 PACK! Officially known as Cold Assault Stormtroopers, the Snowtroopers famously appeared in Star Wars Episode V: The Empire Strikes Back when they attacked the Rebel base on the frozen world of Hoth. The iconic Snowtrooper uniform consists of padded clothing beneath armor plates, and of course the distinctive helmet with goggles and faceguard. Joining the ARTFX+ line, these two elite troopers are screen accurate to their appearance in the film down to the unique design elements on their backpacks. Your 2 Pack even includes multiple arm parts so you can display your Snowtroopers in four different poses! 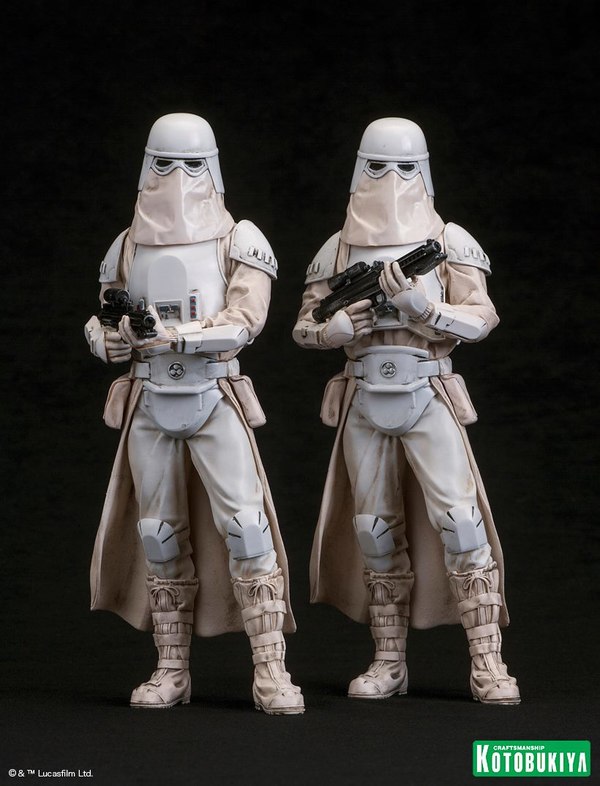 ARTFX+ Statues are fun-to-assemble pre-painted snap-fit kits that can be easily put together in seconds without glue or modeling skill. The Snowtroopers stand just over 7 inches tall (1/10th scale) and look great by themselves or alongside the other Imperial troops in your collection!

Check out more images for these figures below in our GALLERY!
Image 1 of 8 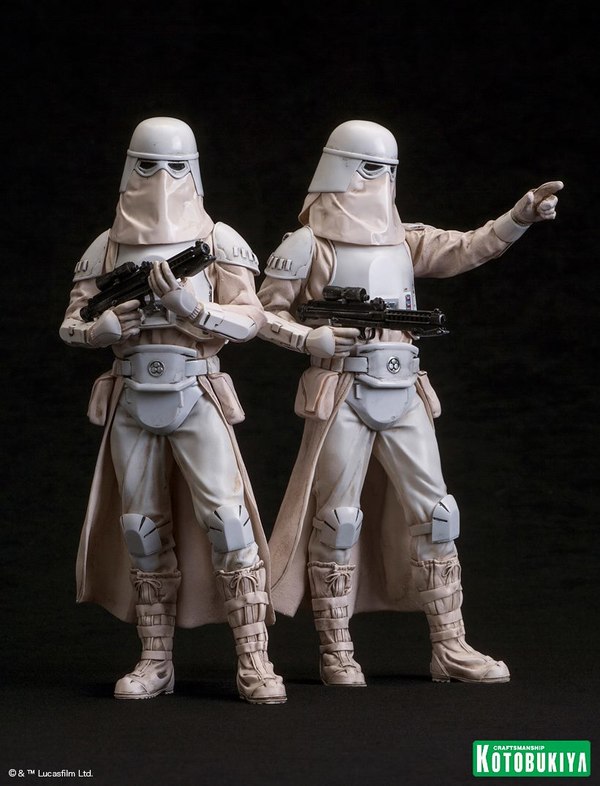 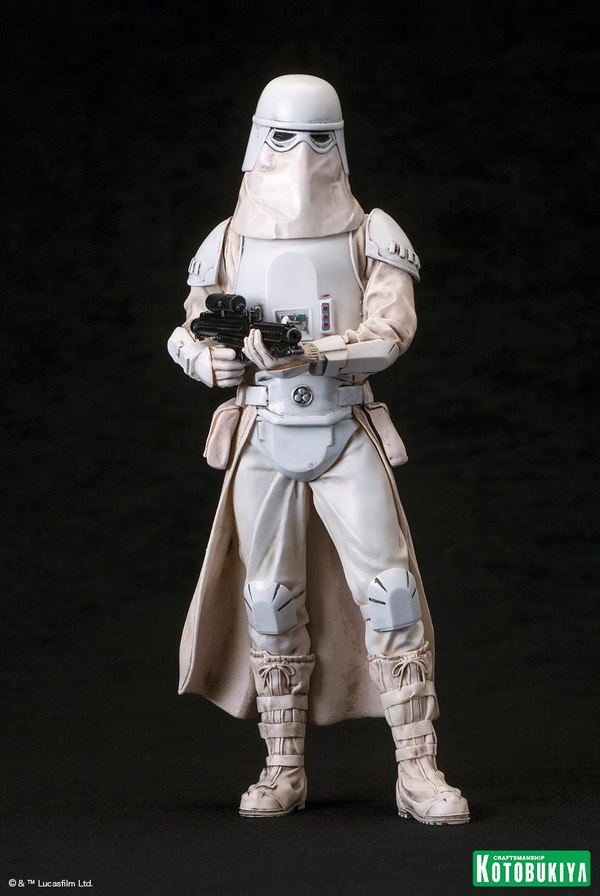 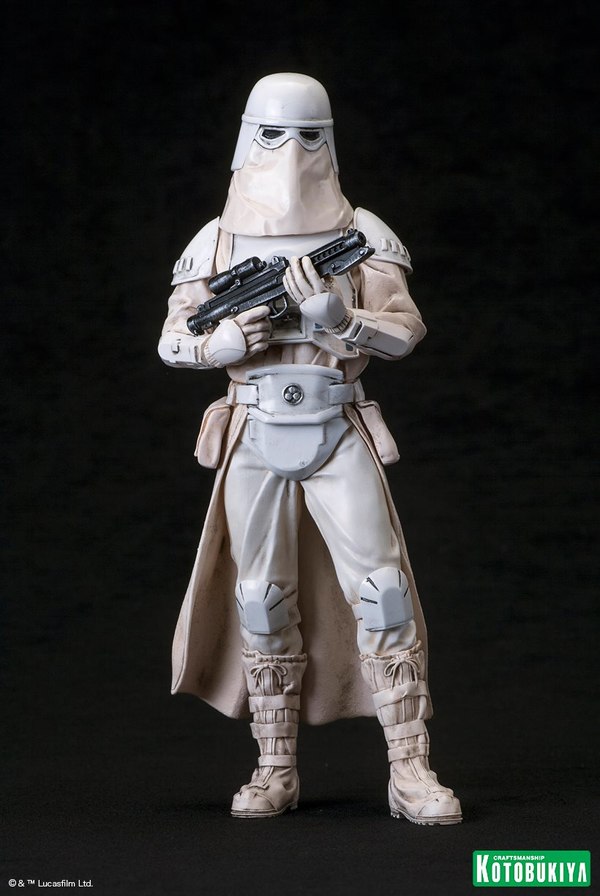 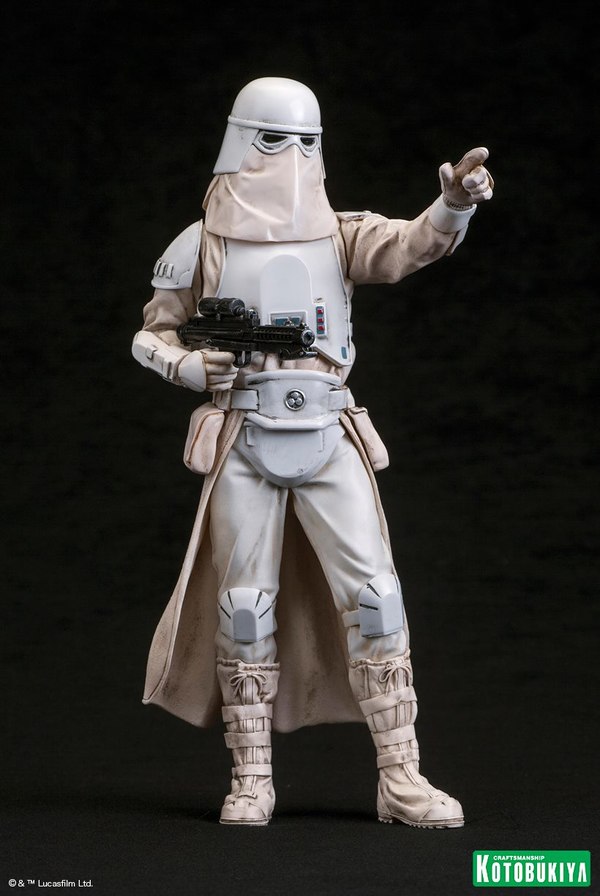 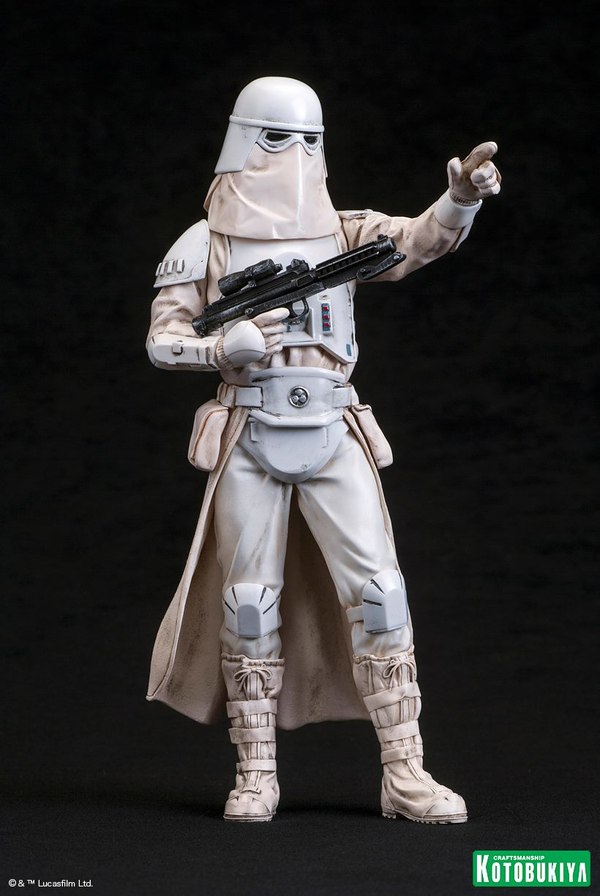 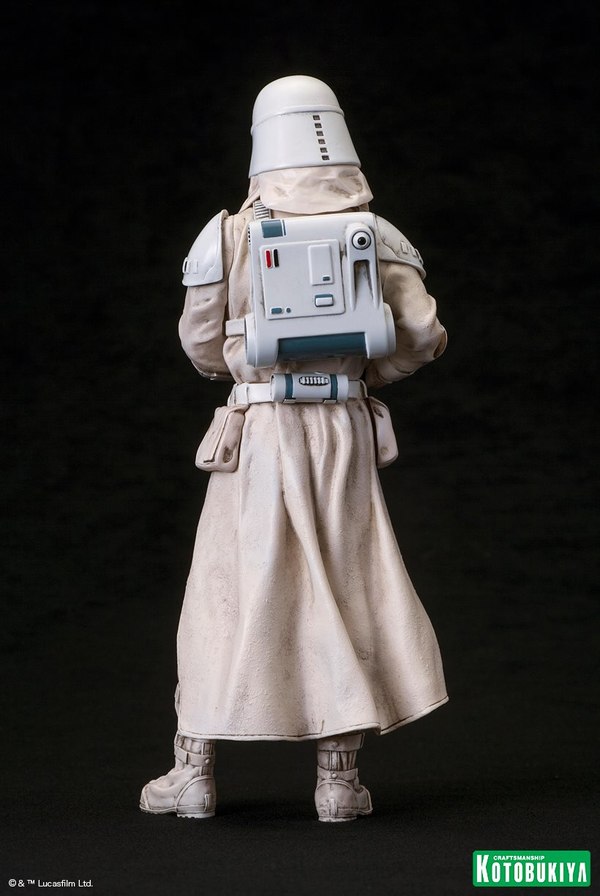 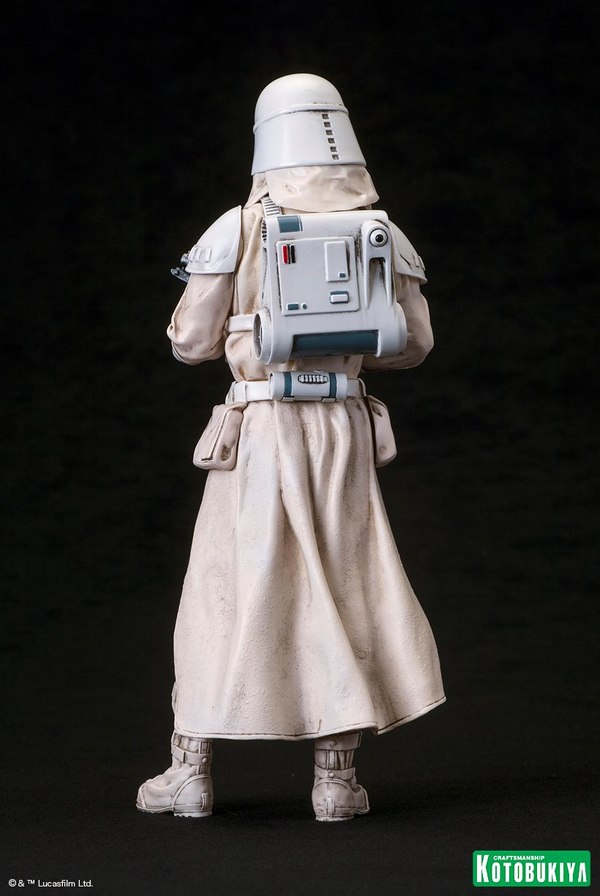