Jay Cochran - November 20, 2014
Star Wars Rebels takes place 5 years before the events of Star Wars Episode IV: A New Hope, and introduces us to the earliest incarnation of the Imperial Stormtrooper. These armor clad terrors can trace their roots back to the clones of Kamino, with ties further back to the Mandalorian Supercommandos themselves.

Though their blasters are far from accurate, it is nearly impossible to escape their numbers. Their vast legions are a constant plague for the Rebels Hera, Kanan, Zeb, Sabine, Ezra and Chopper.

Gentle Giant Ltd. is proud to bring you the first new character from the highly anticipated new animated series, Star Wars Rebels – Imperial Stormtroopers Crafted by the master artsians at Gentle Giant Ltd. in the bold style of the exciting animated series, Star Wars Rebels, Imperial Stormtrooper Maquette is as screen accurate as you can get! From the well known Stormtrooper blaster, to the iconic visage of the Stormtrooper helmet, no detail has been overlooked. Each hand-painted piece has been cast in high-quality polystone and comes individually numbered with a matching certificate of authenticity. 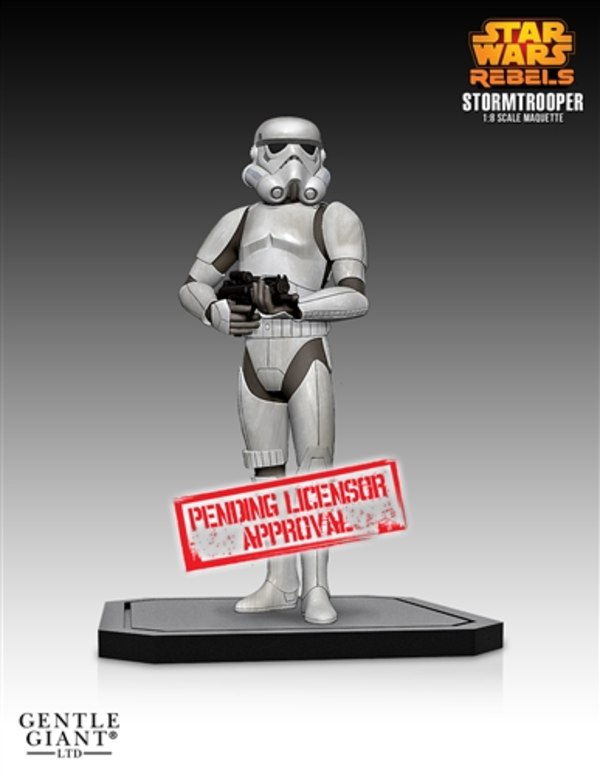