This pre-order is available exclusively to North American customers. Make sure to subscribe to our newsletter for updates on International sales outside of North America.

"Scruffy looking" has been redefined with the release of the Premier Star Wars™: The Empire Strikes Back Han Solo "Bespin" Clothing Replica Ensemble.

Replicated from the definitive Han Solo costume from The Empire Strikes Back, this Premier Line release is the result of intense and thorough Research & Development from ANOVOS's design team. Intense study of original screen used costumes, hundreds of photographs, and some of the surviving actual paper patterns used to make Han's outfit -- provided by LucasFilm Archives -- aided us in making the most accurate replica to date. For the Premier Line uniforms, the outfit's fabrics are painstakingly recreated to capture the correct weight and weave from the originals so that you too can be the most dashing guy, or gal, in our Galaxy while wearing the clothes from science fiction’s coolest renegade.

Han Solo's belt and holster rig is offered as a separate piece, click here to pre-order. 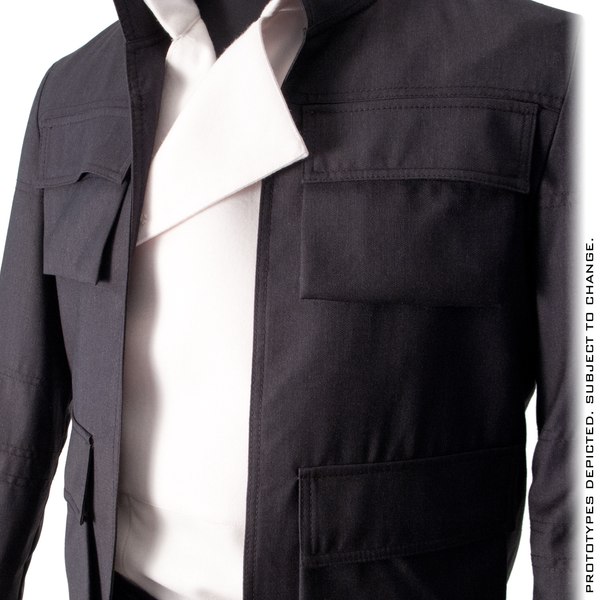 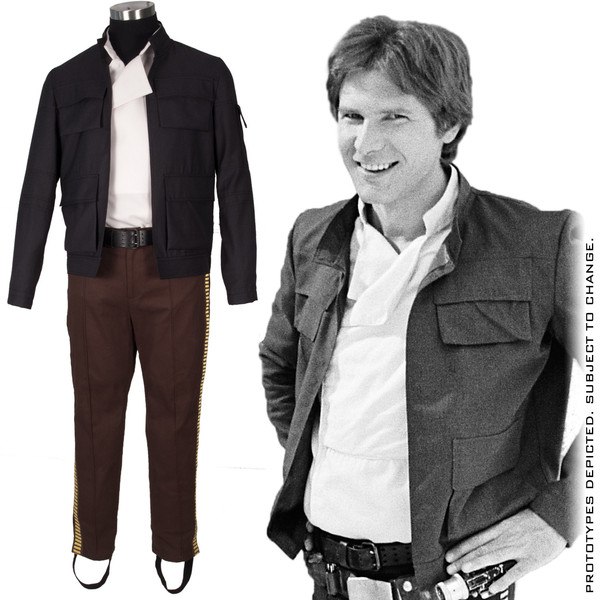 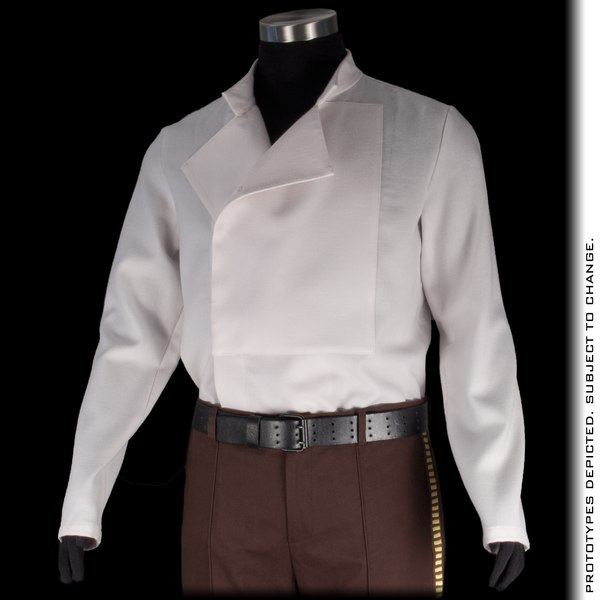 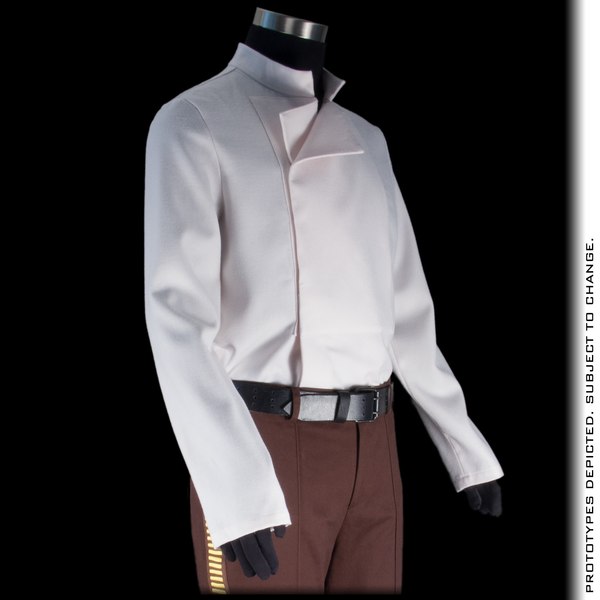 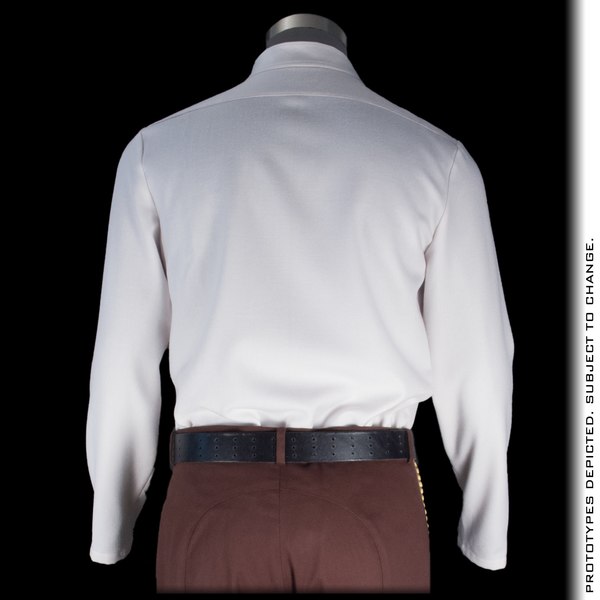 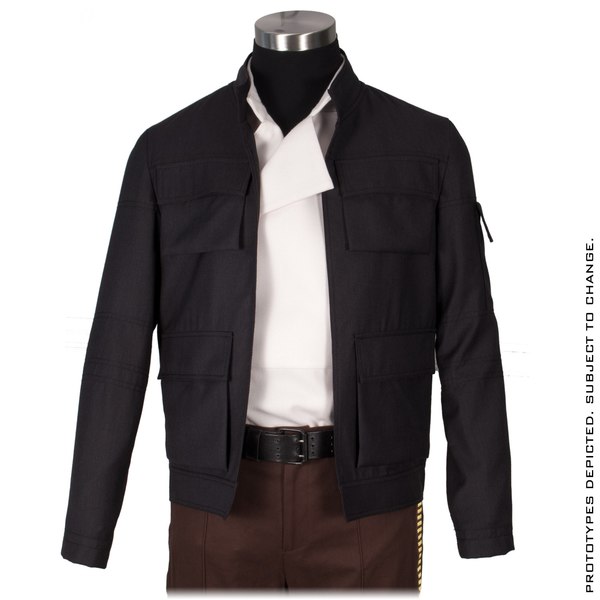 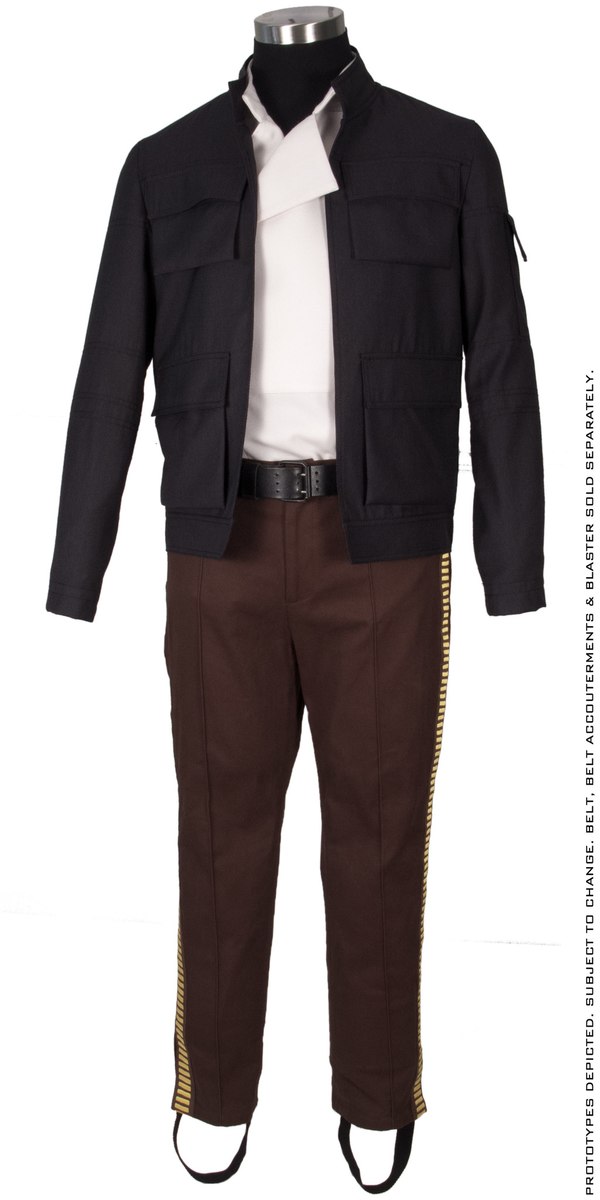 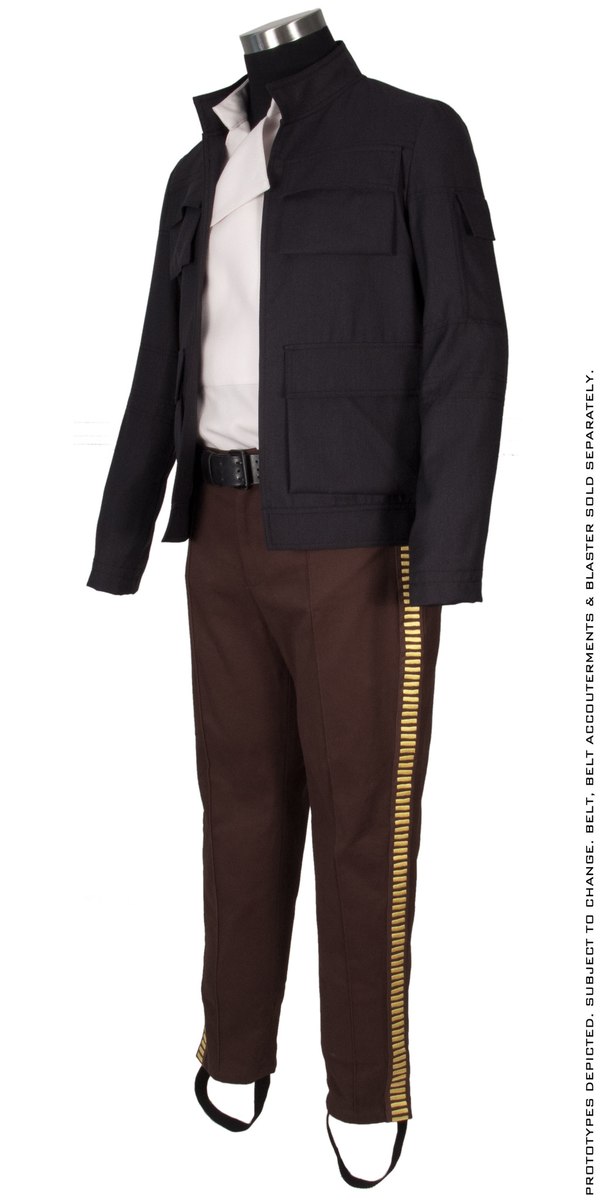 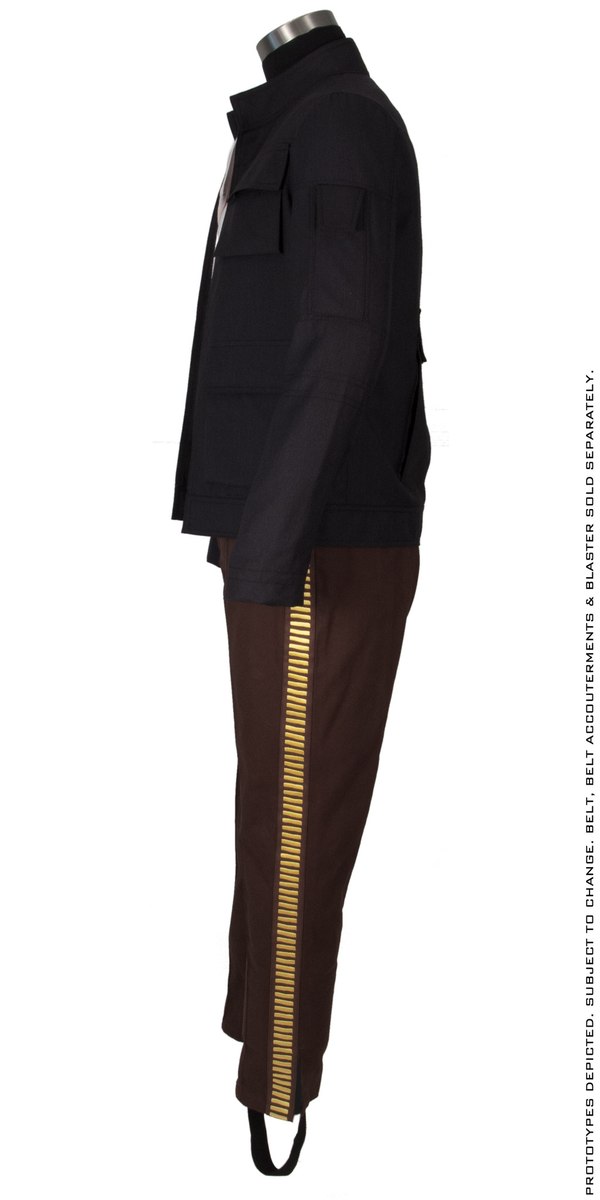 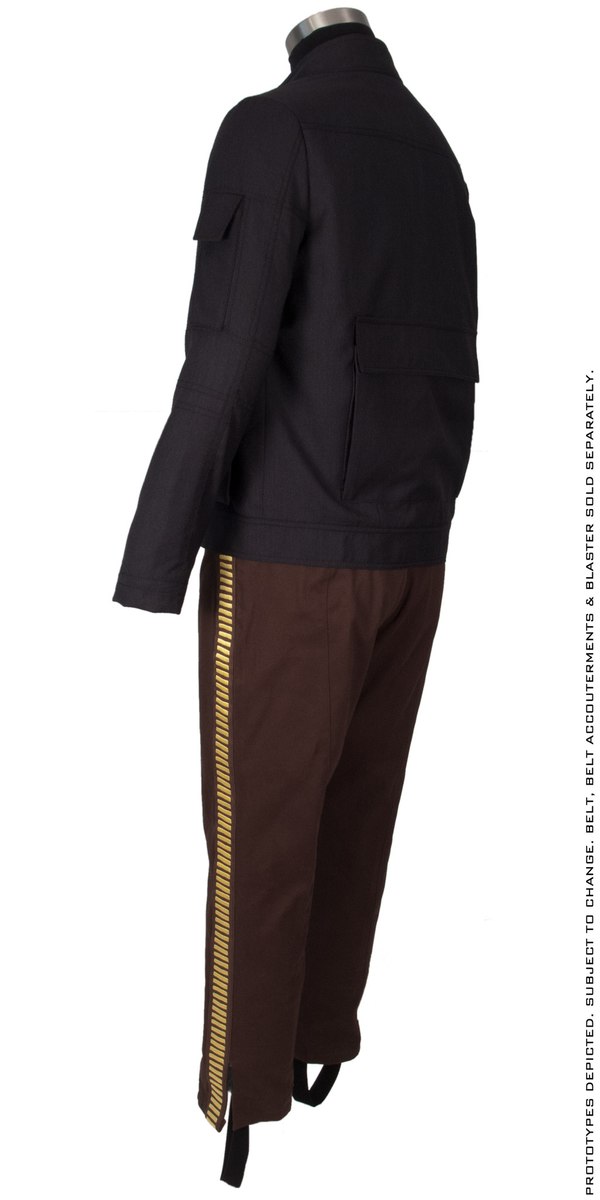 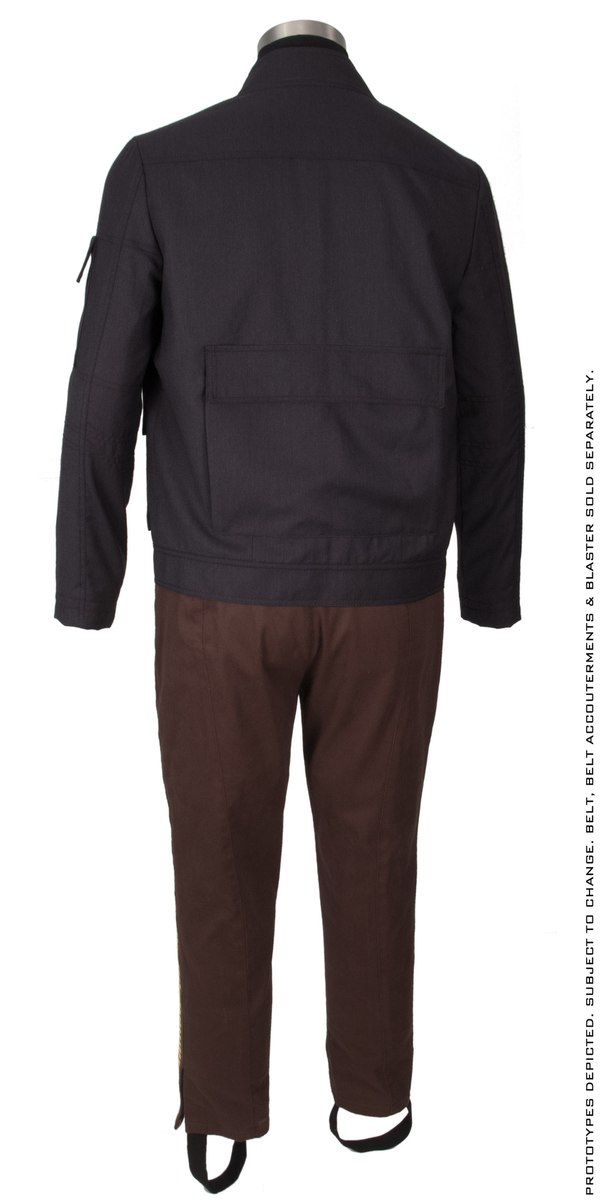 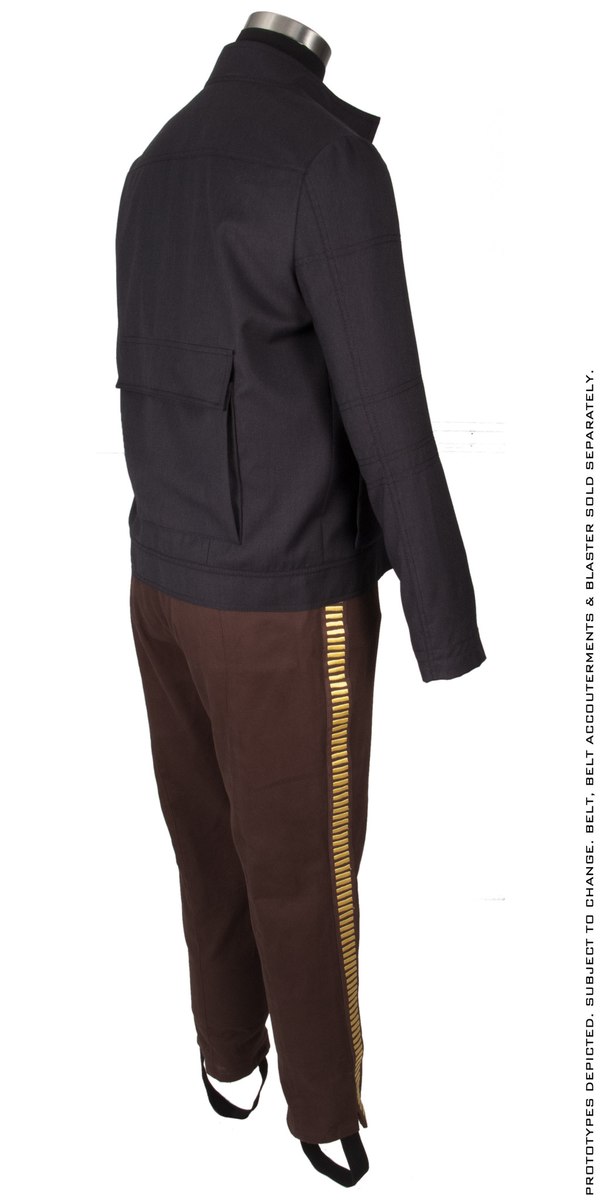 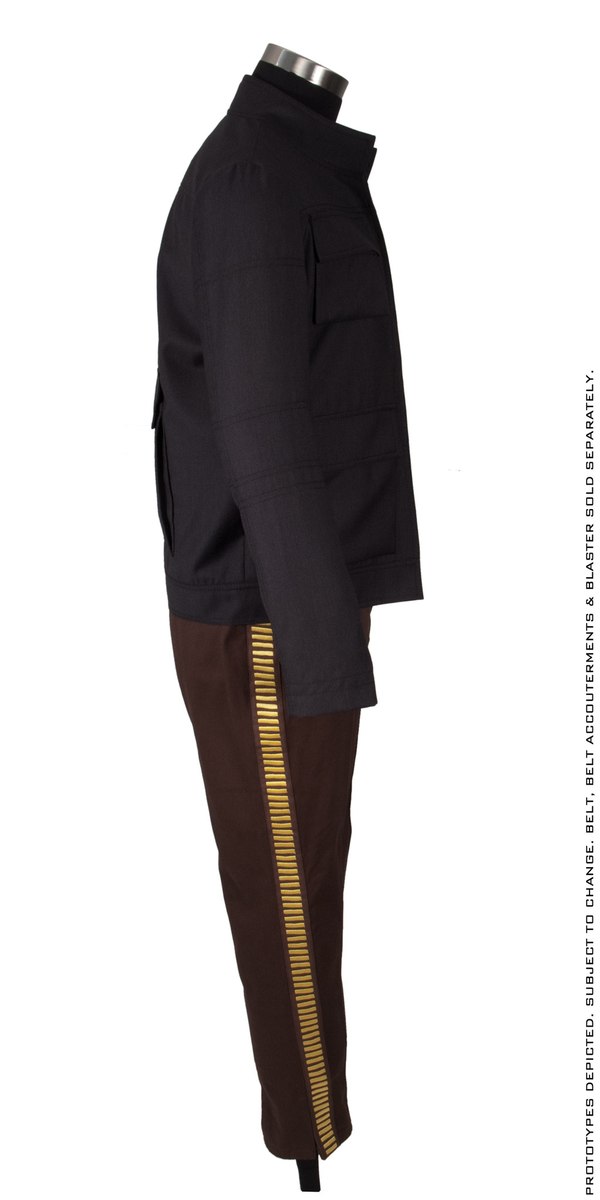 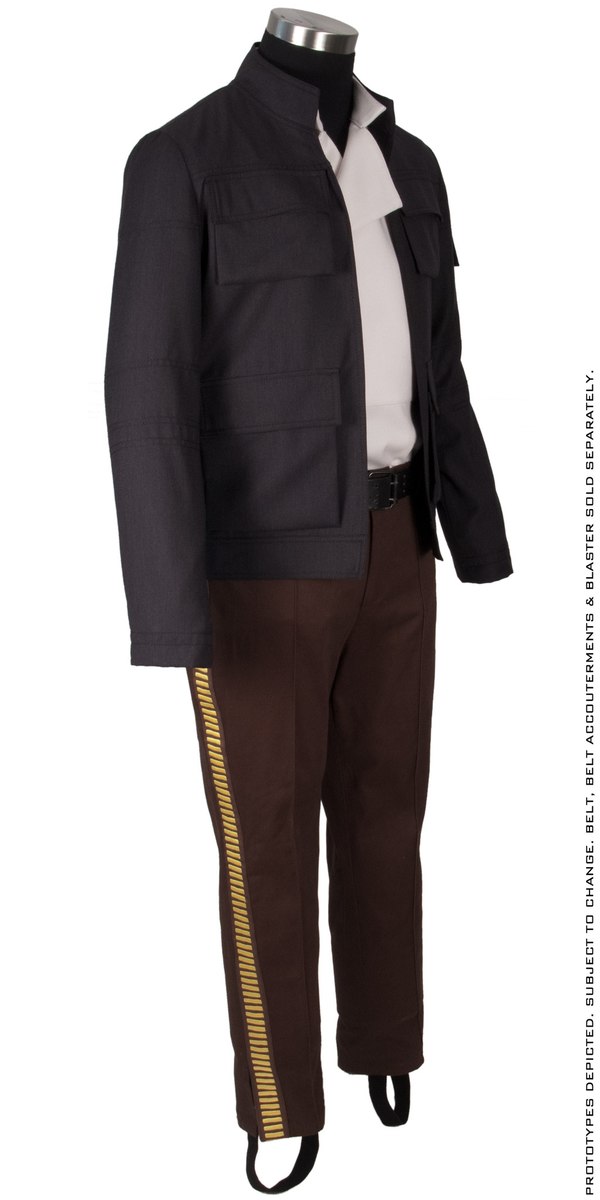 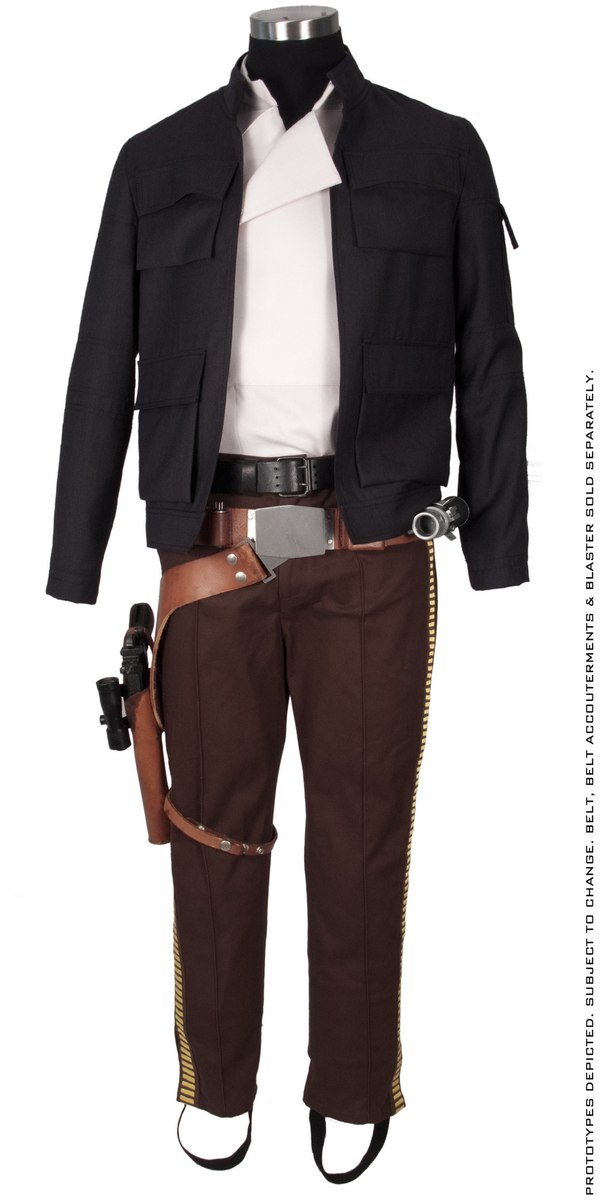 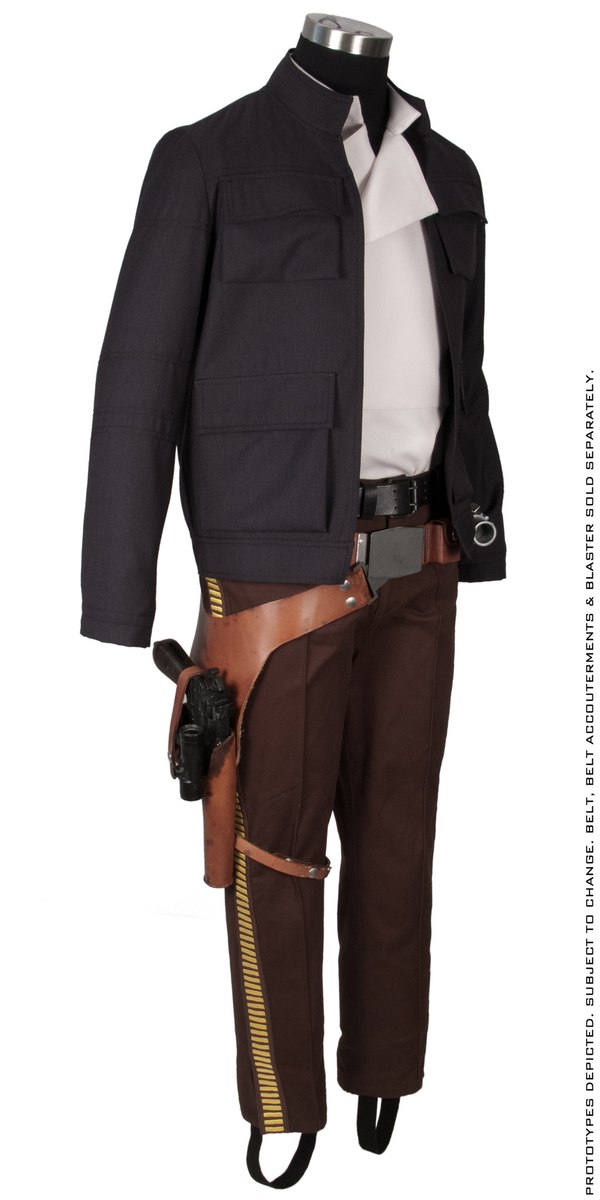 Nice, good to see that companies are finally working with the Legions (501st and Rebel) when making costumes. The reason is in the past companies have manufactured various costumes and patrons have purchased them thinking they are legion acceptable and then they find out that they are not. A couple of smaller companies from the east did this with the jumpsuits that pilots and gunners use, they made them and they were not "up to snuff" then some Legion members got involved and they changed things.

The thing that gets me is when you put a TK kit together you shape it after your own bodystyle, buying a pre made suit can lead to a disaster or a lot of shimming to conform it to ones body style.

At C2E2, Anovos said, "Recognizing that costuming groups are key to the community, ANOVOS is working with the 501st Legion to make future offerings as consistent as possible with the club?s costuming requirements."

They also said,"the 501st approved the RMQ Design as part of their costumes."

I wonder if the armor will be 501st approvable? Not all commercially produced armor is (example Rubies stormtrooper... NO!!!) as most require extensive modifications to get to the standards.

They also have Worfs starfleet uniform