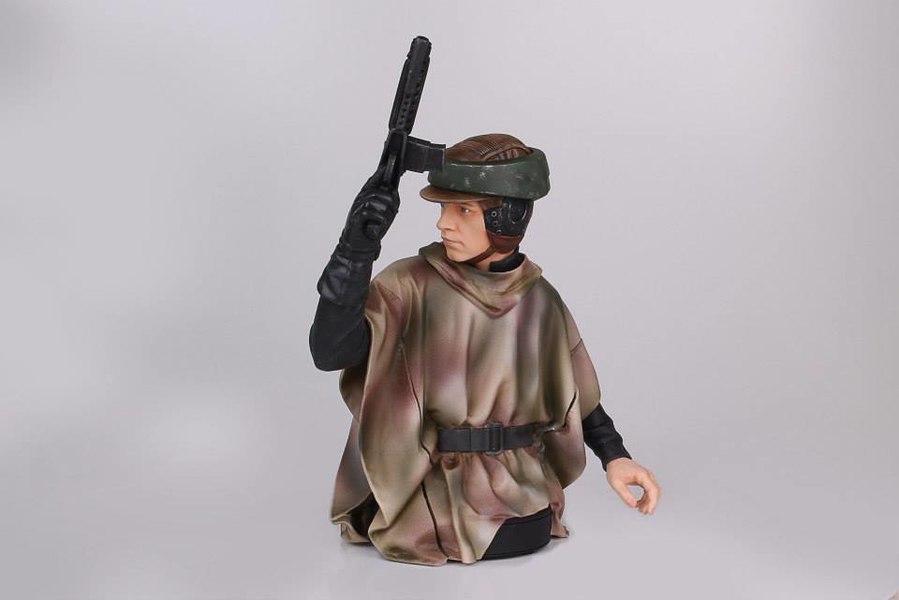 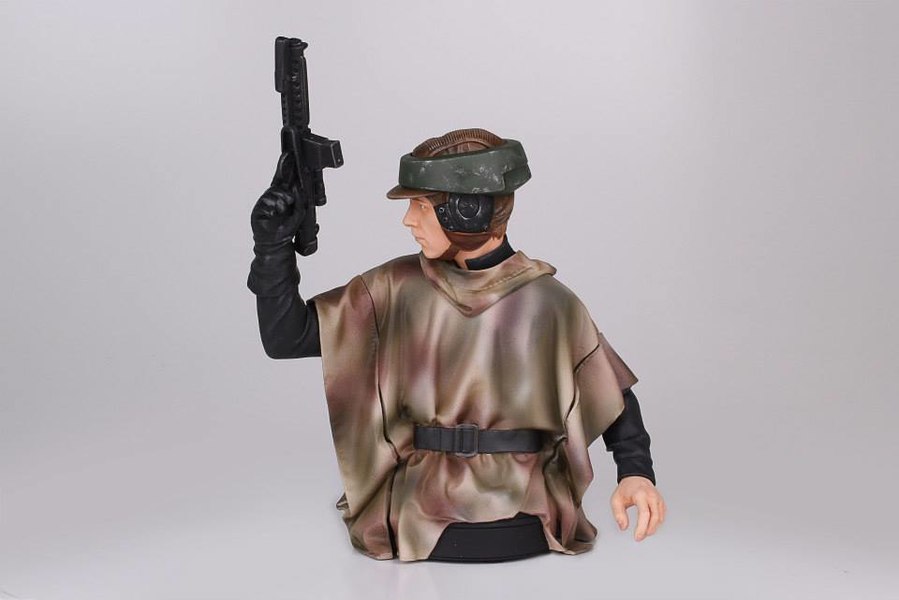 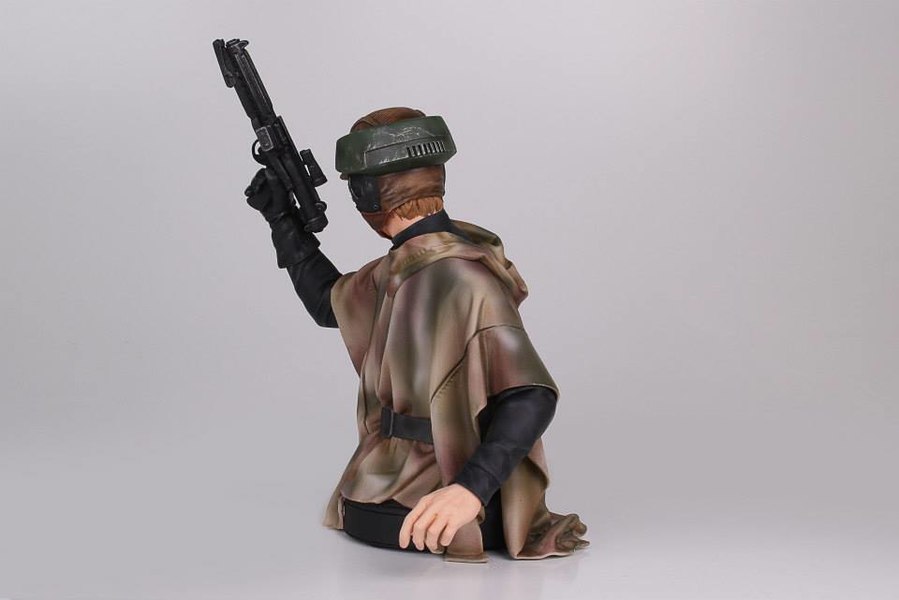 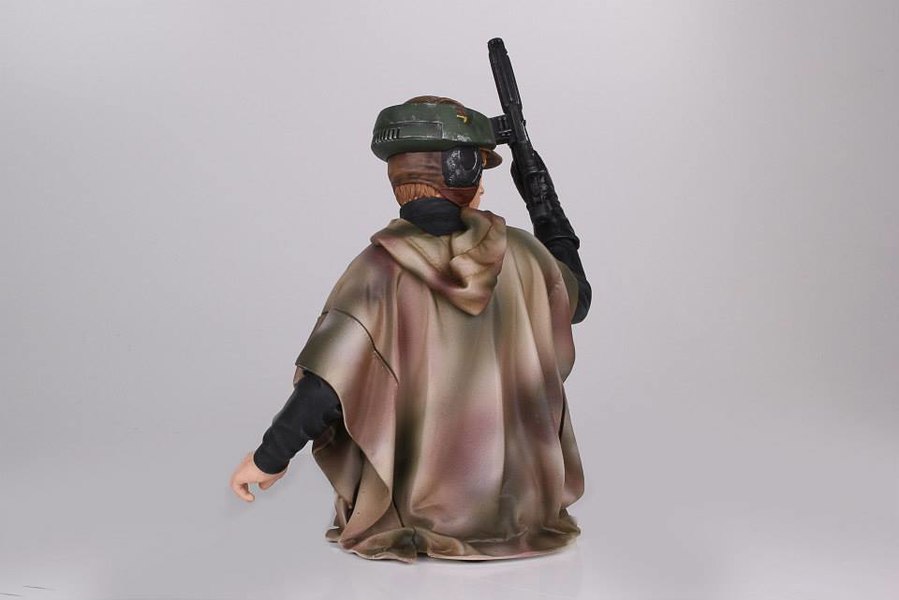 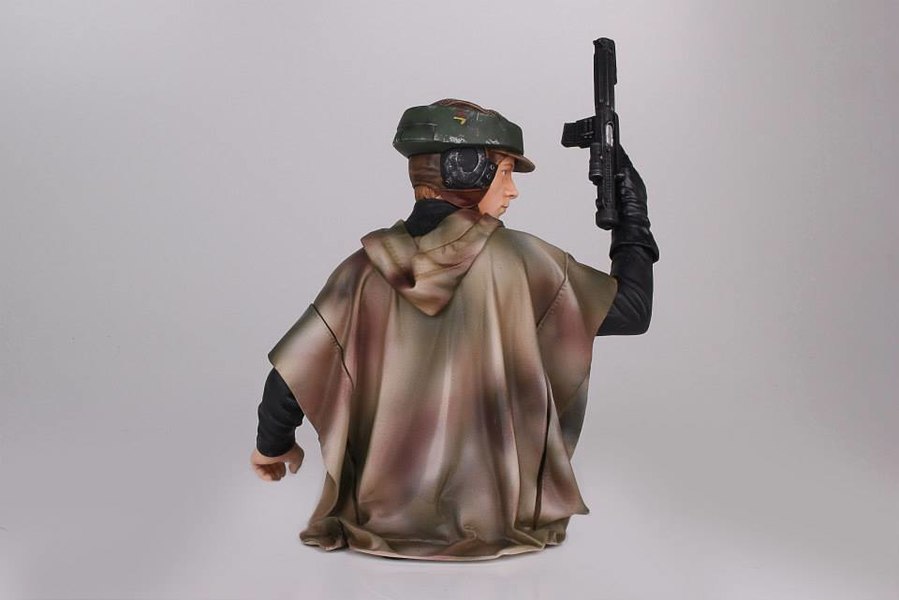 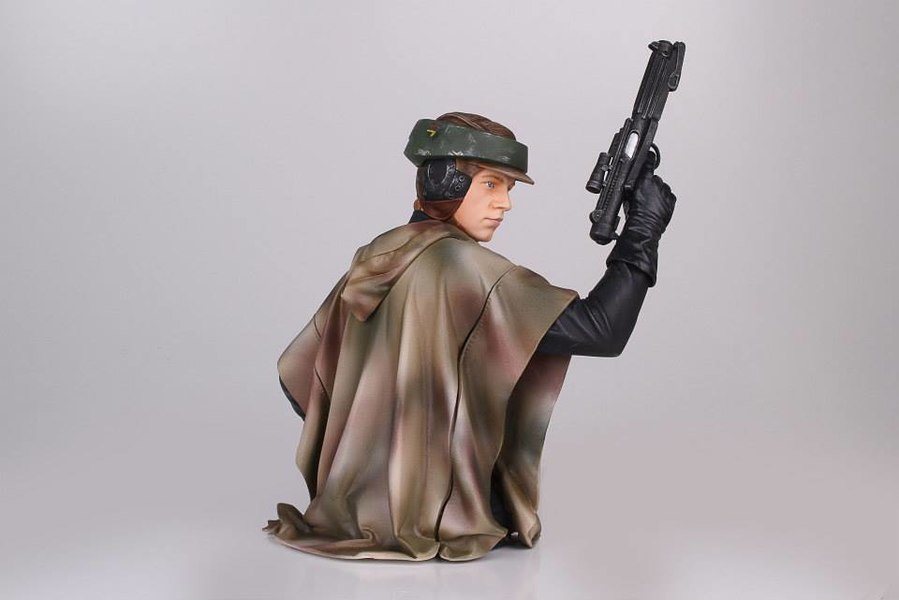 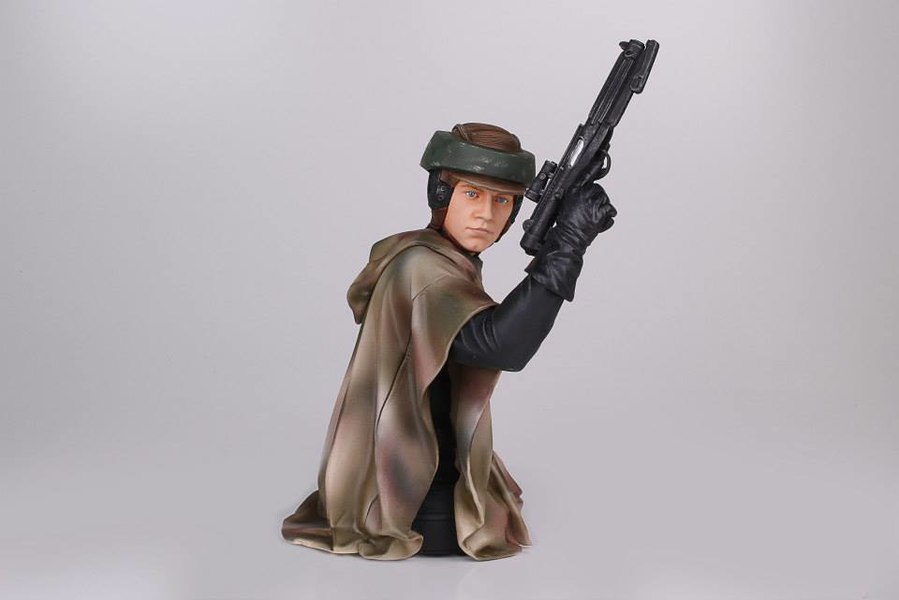 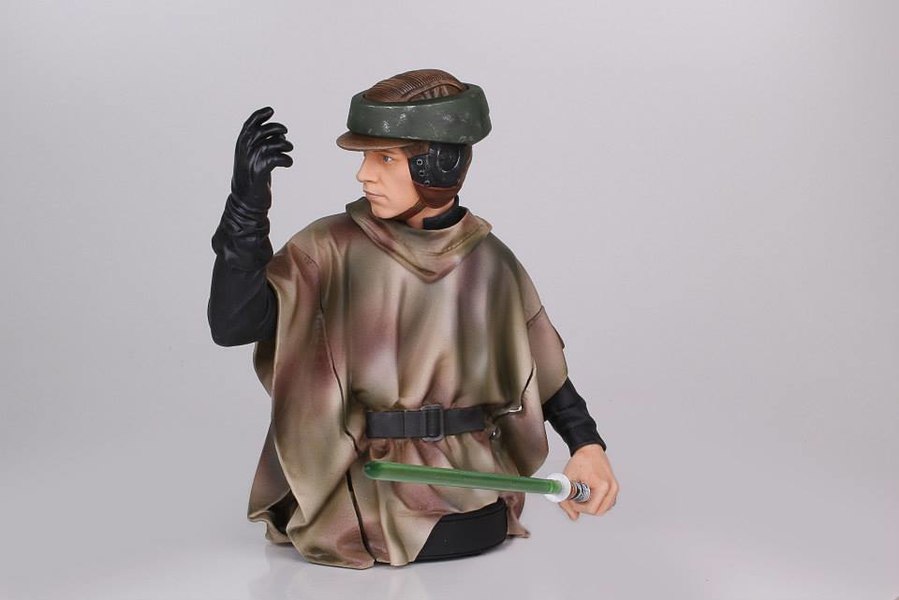 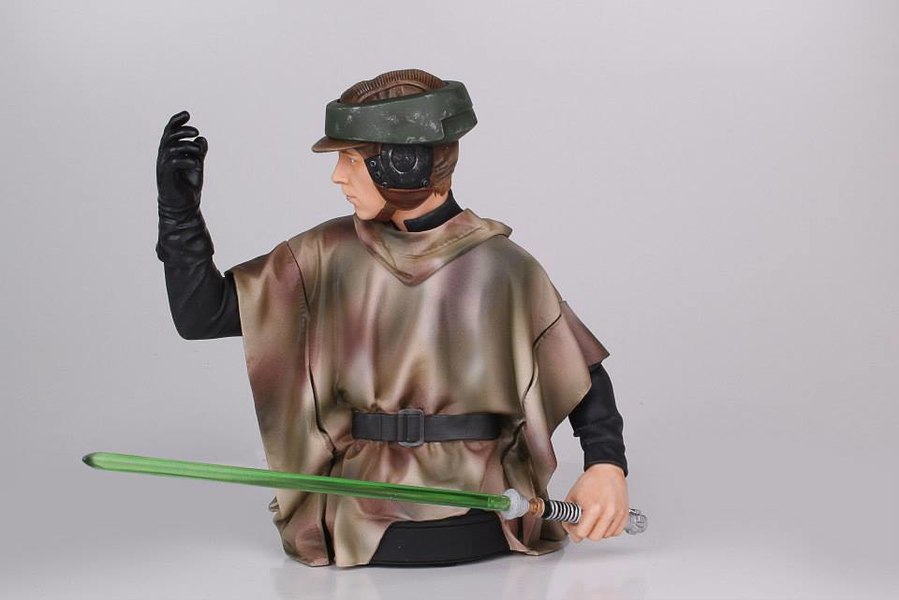 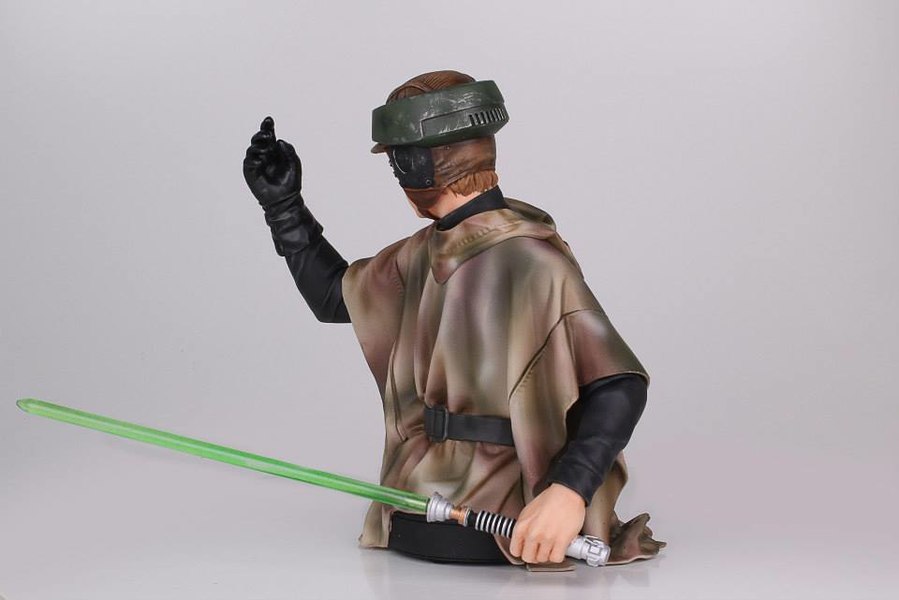 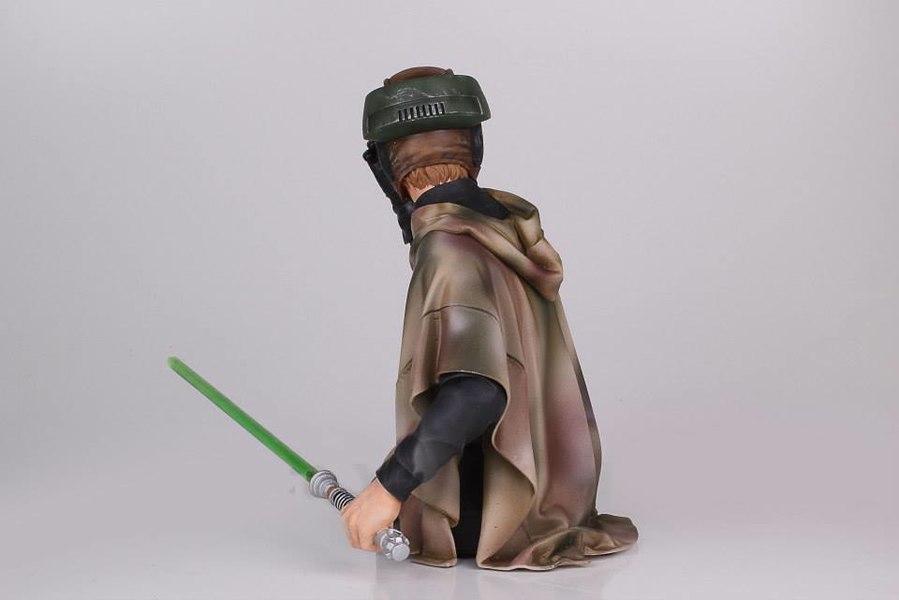 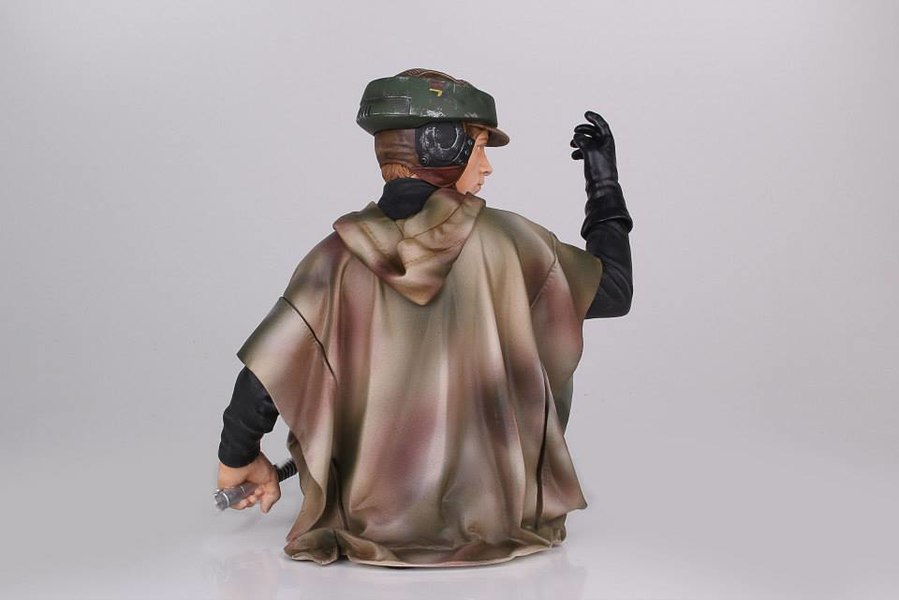 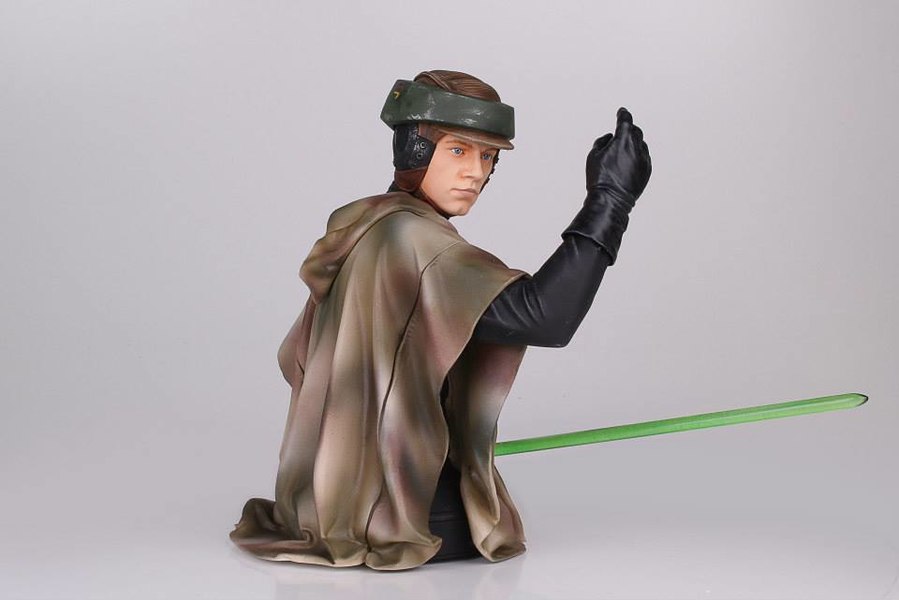 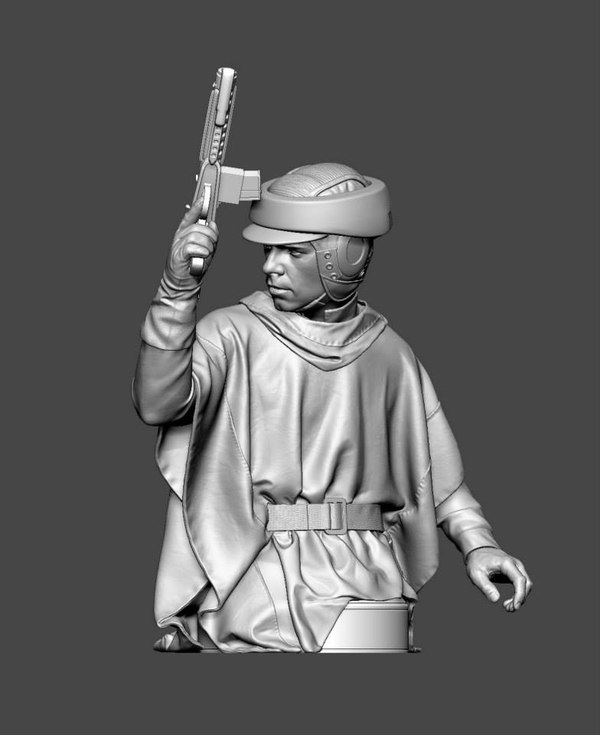 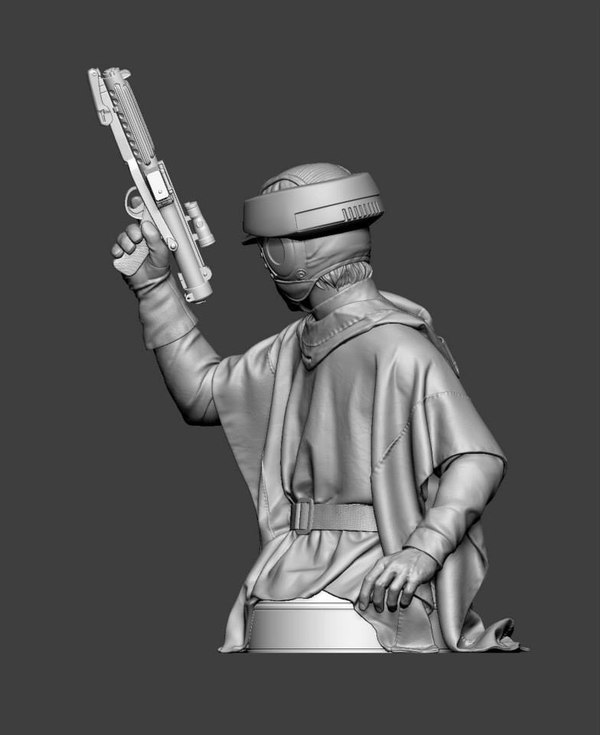 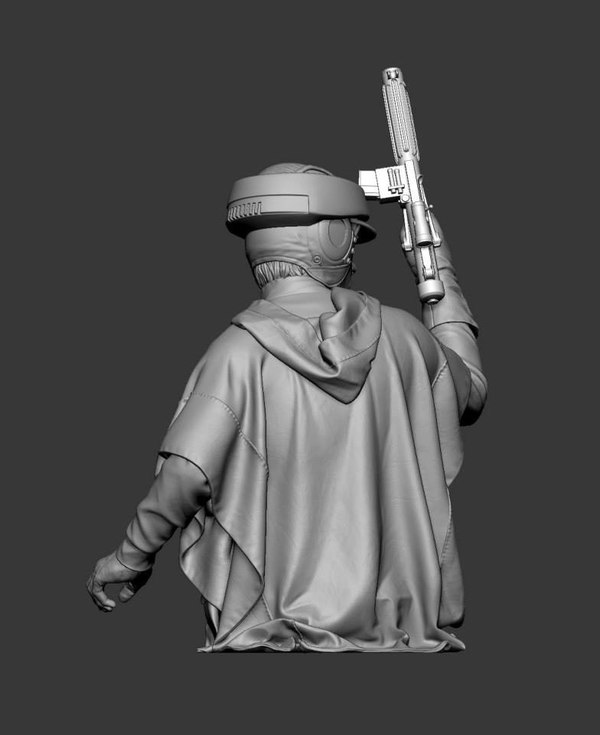 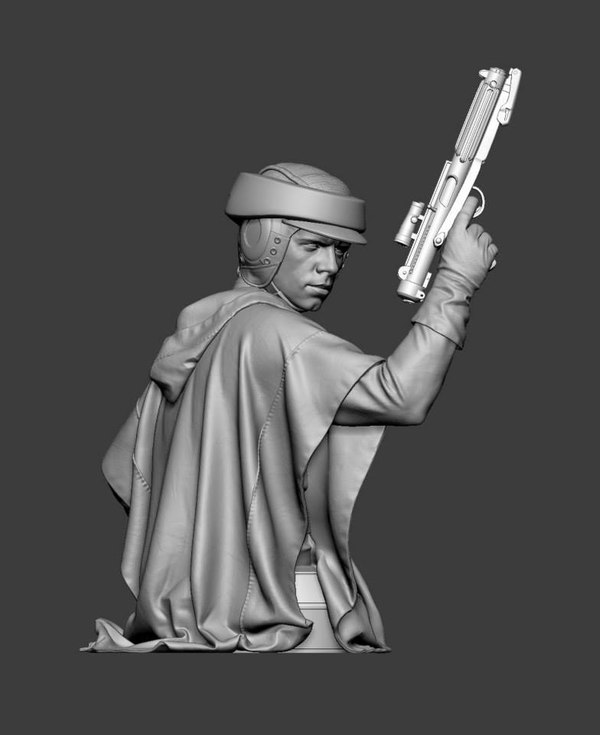 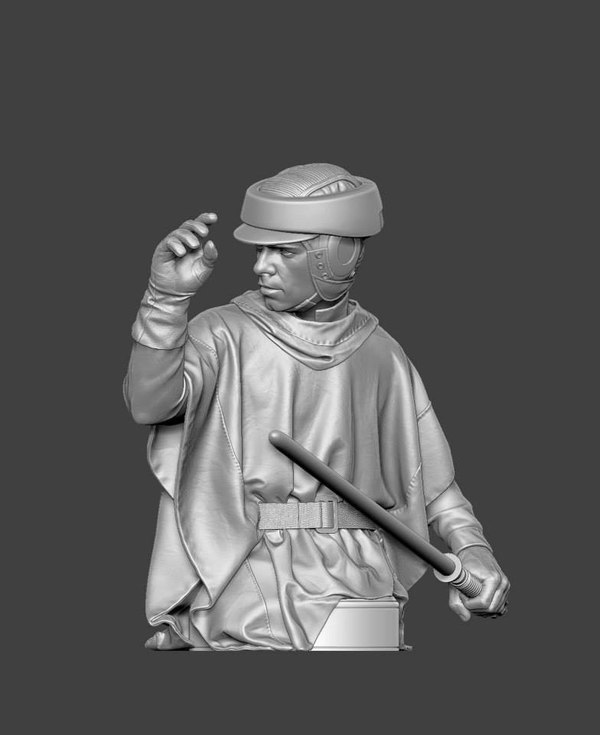 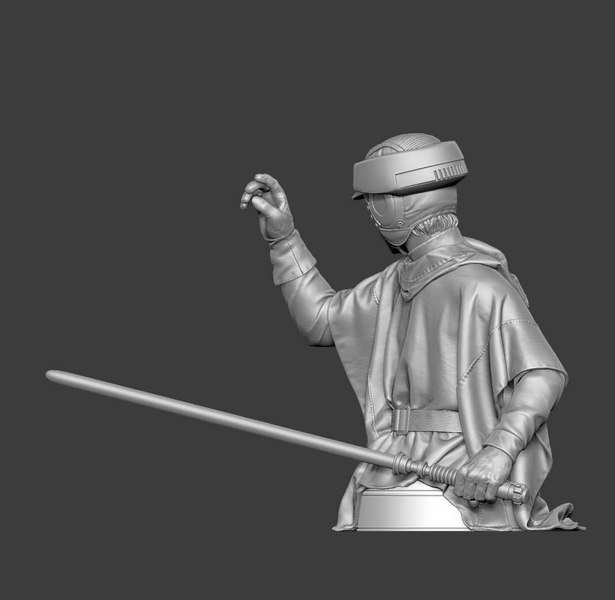 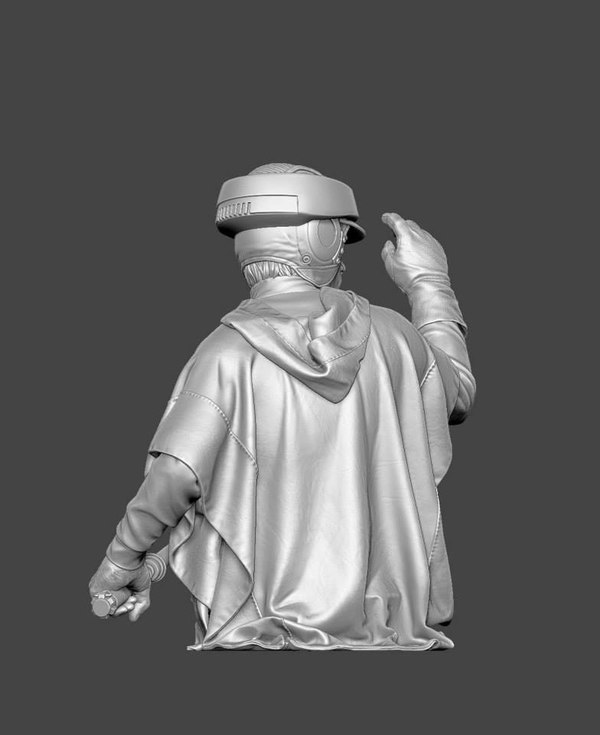 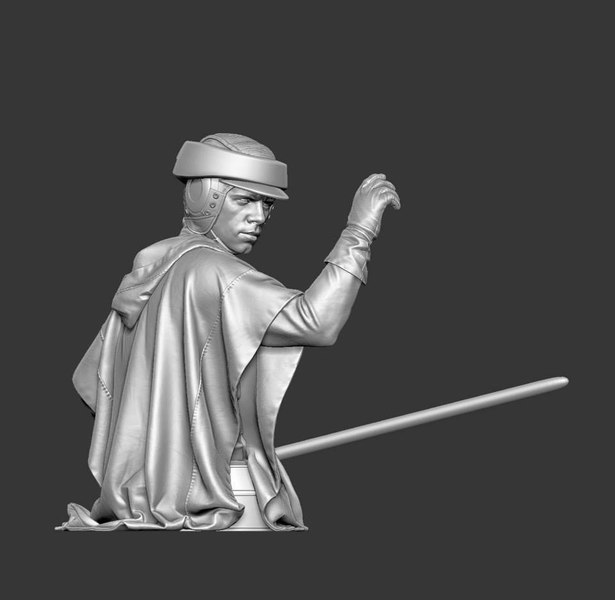 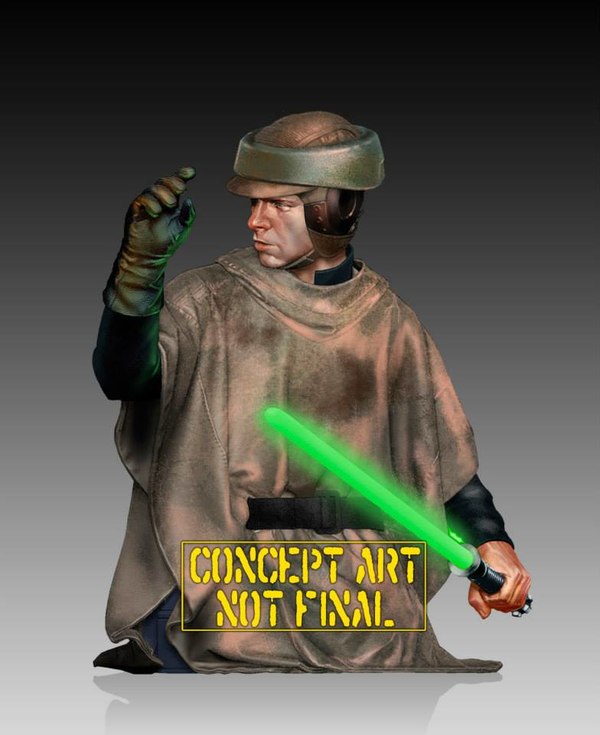 Okay...I've had some time to absorb this, and I think I'm beginning to change my mind a little. It's a lot like when you have certain expectation for an anticipated film, but then when you actually see it, it's not what you were expecting or hoping for, but then as you begin to think about it with a more objective or open mind, it grows on you. I think that's how I feel about this new Endor Luke bust. Why couldn't he be holding a blaster in battle? He wasn't quite a Jedi master yet, and he wasn't exactly a conventional Jedi at that I suppose. And with the alternate "come-here" pose, he could have been signaling to some fellow rebels after a sneak attack with his lightsaber.

Y'know, this is a bust I've wanted for some time now, but...he has somewhat of an awkward pose to me, like the recent Bespin Han. I prefer these busts to be posed in either a position you see them in from movie stills or production photos, kinda like the ANH Leia. I've always considered her pose to be perfect, where shes' holding her blaster in one hand with her other hand on her hip along with that stern, determined expression on her face. That pose just captures her personality in the film perfectly. Or like the ANH Ben Kenobi; he looks as if he's getting ready to pull out his lightsaber like the scene in the cantina. The Bespin Han bust looks like he's training for the NYPD, holding his blaster pistol with both hands downward like he's chasing a perp. (lol) I would have loved to see him with his arms folded in indifference. That would have screamed Han to me.

I just don't see Luke using a Stormtrooper blaster when he's in full-on Jedi mode. It doesn't make a lot of sense to me, especially when they were sneaking around and being subversive when he was wearing that particular uniform.

Don't get me wrong...I love this new Luke bust, and I'm sure I'll get it. I just don't prefer him holding a Stormtrooper blaster, like it's an off-screen pose that could have happened. The alternative pose is that silly "bring-it" come-here pose he's doing. It's okay to show them in such poses sometimes I suppose, as long as it makes sense for the character. I just don't prefer some of these out-of-character poses they sculpt the busts in sometimes. Another example of one that makes sense would be the ROTS exclusive "unmasked" Vader bust, where he's looking straight ahead while holding his lightsaber up to his face. It looks like he's just seething with Dark Side energy, in a rage-induced trance, or absolutely consumed with his grief and self-loathing. It's not a pose we see in the film, but it's all kinds of cool and makes sense for the character.

I guess it just boils down to the fact that some off-screen poses for these busts are cool to me and make sense, and others don't.