Jay Cochran - October 31, 2013
Yesterday, we showed you some new official images for Hasbro's third wave of 6" The Black Series figures which has been dubbed by Hasbro as the first wave of 2014. The images showed figures for Bespin Luke Skywalker (ESB), Obi-Wan Kenobi (Ep III), and a Stormtrooper (Ep IV).

Earlier in the month during the NYCC, Hasbro released an official image for another as-of-yet unannounced 6" figure in the form of Anakin Skywalker (Ep III). It was originally thought that Anakin would be the fourth figure released in wave 3 since there had only been three figures announced for that wave while the previous two waves had four figures in them. It turns out that is not the case. Hasbro has confirmed for us that Anakin will be released in a later wave and will not be included in wave 3.

During the NYCC we were told that the decision to go from four figures in a wave to three was to give Hasbro some flexibility to re-release figures that maybe didn't see a huge release the first time around.

So just to be clear, wave 3 or the first wave of 2014 will include the following:

And Anakin Skywalker (shown below) will be released in a subsequent wave, our guess wave 4. 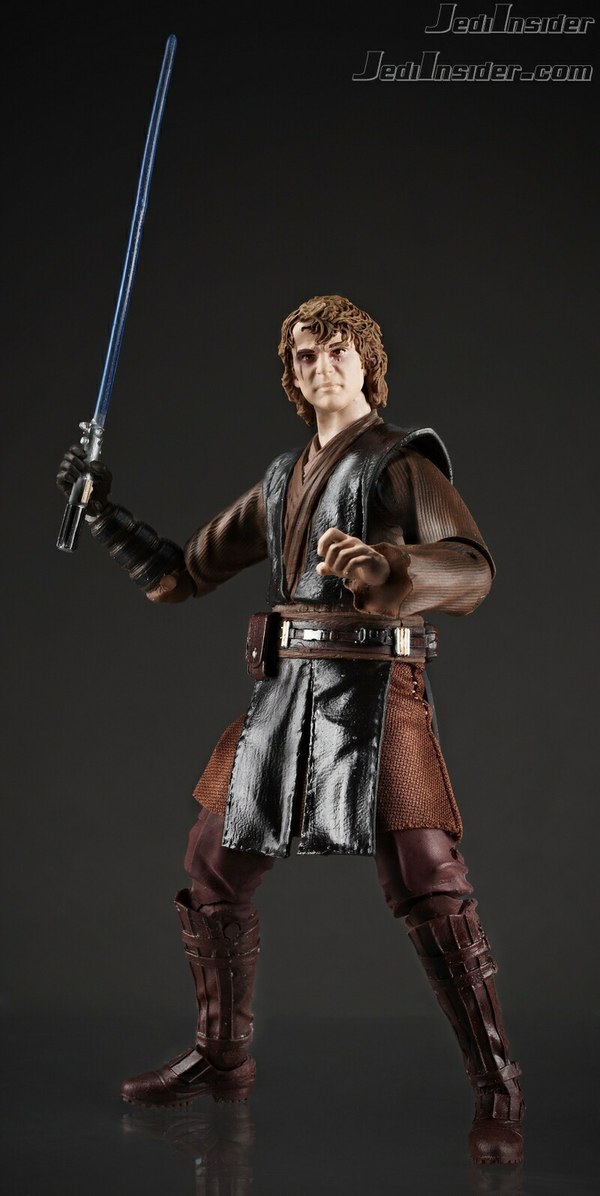