Jay Cochran - November 15, 2012
When 20th Century Fox released the first Star Wars movie in May 1977, no one imagined it would change the toy industry and popular entertainment so dramatically. The film spawned five more episodes of a sprawling space opera that also generated sales of millions of action figures of the saga’s characters. The 3.75-inch figures—including Luke Skywalker, Princess Leia Organa, Han Solo, Chewbacca, R2-D2, Obi-Wan Kenobi, and more than 100 others—were sold from 1978 to 1985 and again from the mid-1990s to the present day. For more than three decades, kids have used Star Wars action figures—plus accessories, vehicles, and play sets—to tell stories of heroes and villains, of empire and rebellion, and of good triumphing over evil. Adults, too, play when they collect Star Wars action figures.

Star Wars Action Figures where inducted this year into the National Toy Hall Of Fame for 2012 along with Dominoes.
Image 1 of 1 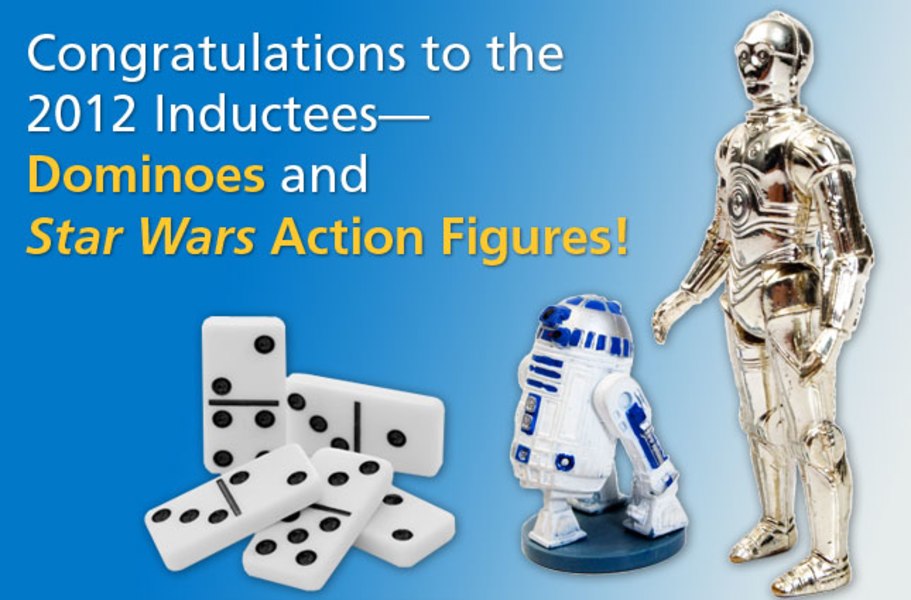 they should hold off on that until they make the Tantive IV...something much needed in the original line and the line today