Star Wars Revenue Throughout Our Galaxy

Wheeljack35 - June 07, 2012
When Star Was was bought to life in 1977, what also was bough to life was a merchandise empire that shows little sign of slowing its rampage through fans’ wallets. Toys, clothing, books, videogames, all the stuff associated with the Star Wars films, has made an estimated $23 billion in sales over the years.

In 2005, the year Star Wars: Episode III – Revenge of the Sith debuted, Lucasfilm made $3 billion in merchandise sales alone. Add merchandise to the worldwide movie box office, DVD sales and rentals, and the Star Wars saga has brought in an estimated $33 billion. 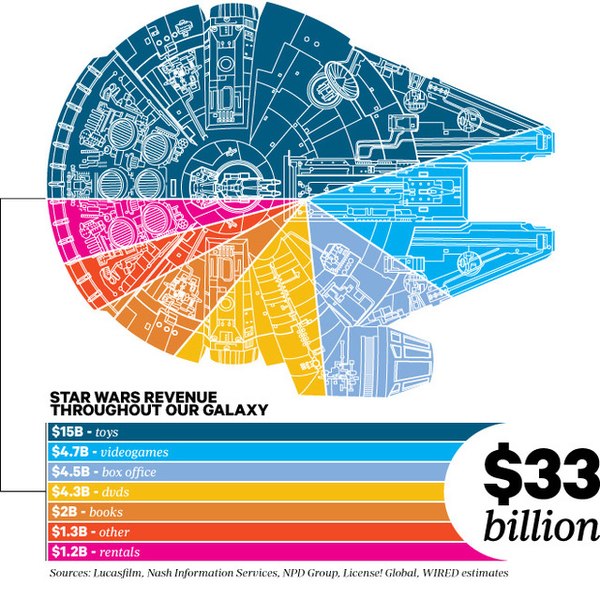