Wheeljack35 - September 29, 2011
We all have some old cardboard lying around,but some of us are more creative with it than others. Matheson Harris,used his to build these incredible Star Wars ships.

Harris posted a couple of photos of his creations to his Flickr back in February He created a Star Destroyer, a Millenium Falcon, a TIE Fighter, an X-Wing, an AT-AT and an AT-ST and the pics have gone viral thanks to their attention to detail, the simple explanation for how they were created: 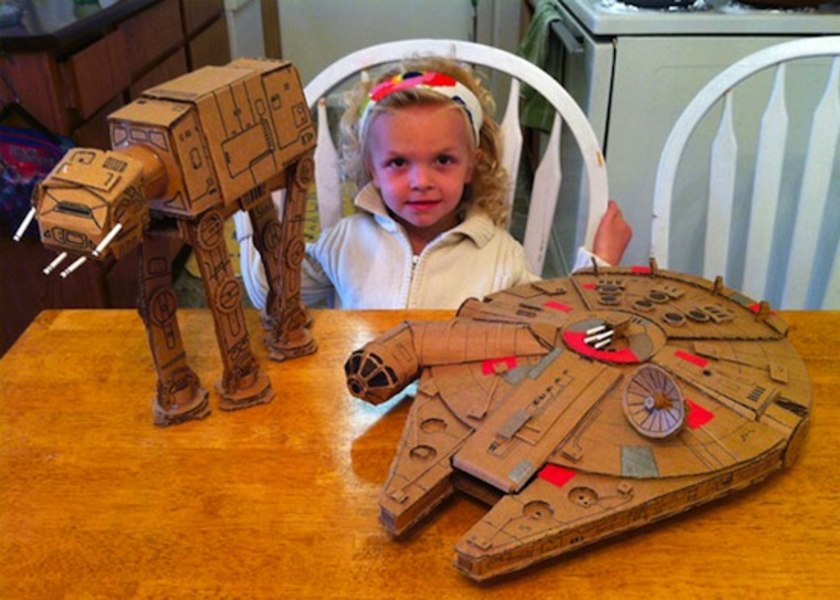 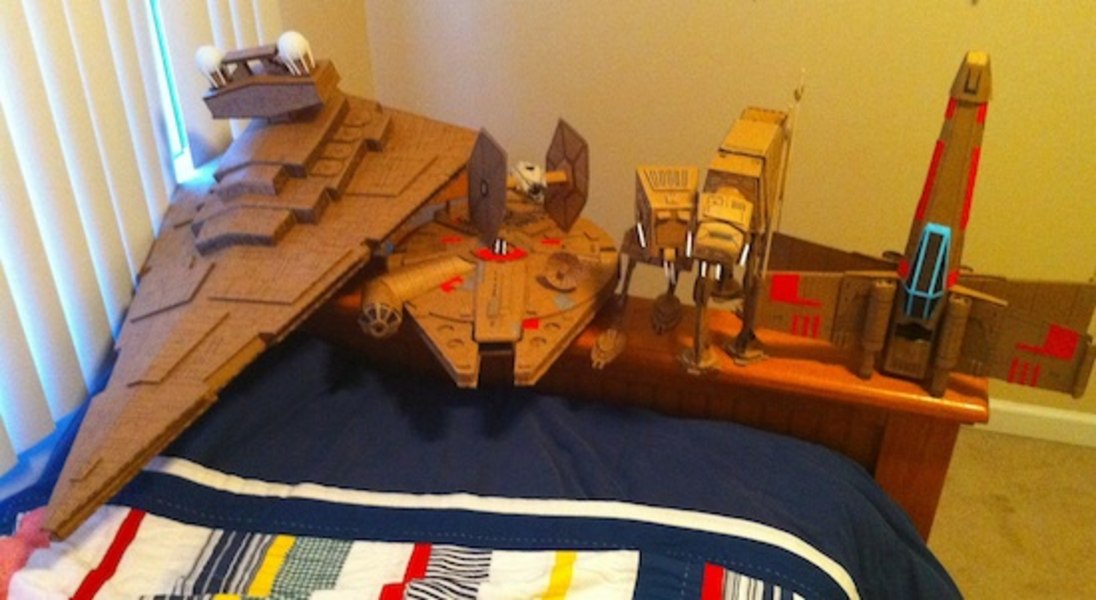