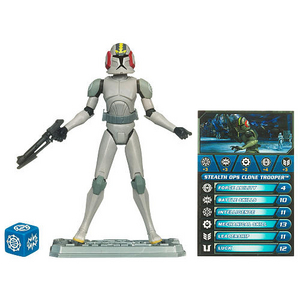 TRU has up for pre-order their upcoming exclusive Clone Wars Commander Blackout figure.

A seasoned veteran of many covert operations, the stealth operations clone trooper shows a rookie trooper how to survive the dangers of a stealth combat mission particularly one led by Anakin Skywalker. A routine relief effort turns into an all-out fight with a ruthless enemy. The battle-hardened trooper is rough on recruits, to make them ready for unexpected attacks and able to jump into action.

An "intergalactic" battle is raging - and you and your STEALTH OPERATIONS CLONE TROOPER action figure are about to enter the fray! Arm your warrior with his blaster so that he's ready to charge into combat against his fiercest enemies. Whether fighting for the fate of the "universe" or standing at attention in your collection, this awesome action figure puts all of the excitement of the Star Wars saga right in the palm of your hand! 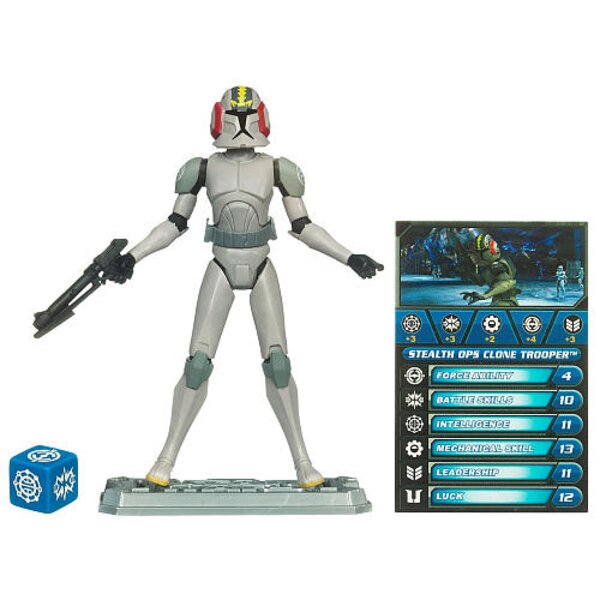 Maybe the networks turned them down because they plan on not being in Mexico along with everyone else. They can go get jobs for USA and just watch on there like we do.

Shane McMahon had meetings with both Televisa and TV Azteca in Mexico about airing WWE programming. After considering the offers, both networks turned him down.

Why is Shane working to get WWE programming on Televisa and TV Azteca? That audience will all be living in the Western and Southeastern US by 2009 anyway.