Jay Cochran - August 30, 2010
Hasbro has released some new press images for the upcoming Wal-Mart Exclusive Clone Wars Malevolence figure 2-packs with DVD. There will be 3 different sets featuring 2 Clone Wars figures and a DVD featuring a complete episode from the animated series. These are slated to be on shelves in September.

Check out images for all 3 sets below in our GALLERY.
Image 1 of 6 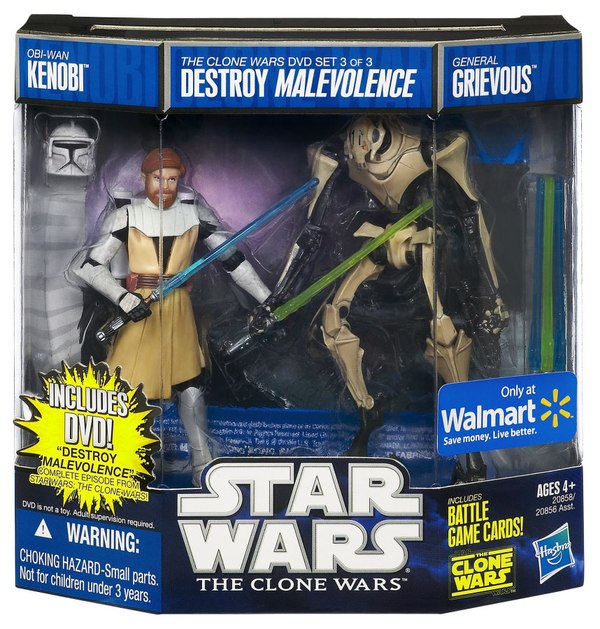 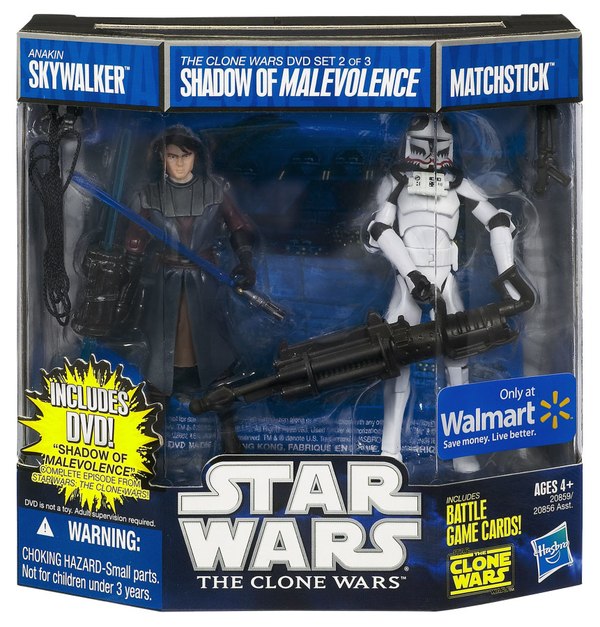 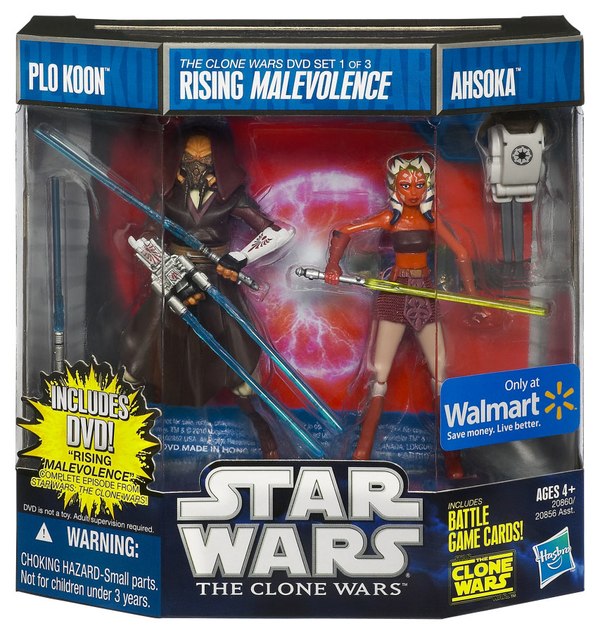 sadly they have no idea what they are selling...

I found all of wave three except the Sinestro Corps Sinestro figure. If someone could help me out I would appreciate it.

these are now on Toyrus.com- better hurry! look under whats new

Went to 3 Wal Marts and one Target on my way home from a friends house this morning, didn't find a damn thing!! Target was bare!! Only one Wal Mart had some, but wave 1!!! I thought they were only going to start carrying em from wave 3 forward!!! Don't go backwards dammit!!!

Nothing in San Antonio, either. All I see at Target are empty pegs with little round grey stickers on them.

The grey stickers you see mean that they are out

Sent you a PM

Weel I finally found the remnants of wave 3!! A lone Nightwing, I of course scooped it up!! It has some sort of extra piece of plastic on his shoulder joint, and paint missing on his hair, but I have him!! Sad thing, is I don't want him!! I only want Sinestro and Green Lantern, and of course the Solomon Grundy figure!! I'm hoping to find the variant Deathstroke so I can trade him away, but no one is going to want a Nightwing or Robin without the Grundy piece!!!

Really tryin to stick to my guns here and only pick the figures I really want!! So I know I'll be sneered at, but anyone need just a Nightwing, let me know!!

I've been seeing a lot of DCUC 3 in my area here in So Cal....no luck finding the Sinistro variant though. Anybody seen the Wave 4 around Southern Calif???

Wooohoooo! Found Green Lantern, Masked Deathstroke, and Robin today in a Walmart in Louisiana. Picked up the Deathstroke and Robin. They've only had wave 2, and wave 4 in stock before, so this is new and awesome.

FINALLY found them at Wal-mart. Target hasn't had jack. I picked up Hal, Sinestro Corps S., regular Deathstroke and Robin.

Went out because of your post yesterday and didn't find jack!!! I mainly stayed in my area, San Marcos and South Austin!! All I saw where they actually had pegs for em, were wave 1!!! @grumpy@

I went out after I found all of Wave 4 ... there are empty pegs all over the area.

If only I collected Marvel Legends still ... I am thinking of selling off some of my Marvel Legends Variants. I am going to go all out on DC ... mostly because those are the comic books that I read.