Jay Cochran - August 13, 2010
A KOTOBUKIYA Japanese import! The 1/7th scale Star Wars ARTFX series is back, and it’s back in a big way! Beginning an all new line of great heroes and villains from the Star Wars universe is the Sith master of the double-bladed lightsaber, DARTH MAUL. Appearing in Episode I - A Phantom Menace, Maul, an alien Zabrak, was the first member of the Sith to act openly in recorded history, ruthlessly attacking the Jedi Qui-Gon Jinn and Obi-Wan Kenobi. While he may not have survived past that film, Darth Maul left a lasting impression on fans with his unique appearance and amazing lightsaber skills.

The all new Darth Maul appears like you’ve never seen him before. Inspired by Katsushika Hokusai’s traditional Japanese ukiyo-e (“pictures of the floating world”) style, the Sith warrior balances atop a rocky outcropping in a samurai-like pose. Stripped to the waist, the Zabrak wears a tattered robe that twists and flows with incredible sculpted detail. In his state of undress Maul reveals a body covered in intricate Sith tattoos, while his snarling face captures his hatred for the Jedi and the all-consuming rage in his heart. Of course, no version of Darth Maul would be complete with his blood red double-bladed lightsaber, and this one even has a special light up feature!

Sculpted by Junnosuke Abe, Darth Maul stands approximately 11 inches (in 1/7th scale with all other Star Wars ARTFX Statues). With its detailed construction and unique styling, this Sith menace is a snap-fit kit that can be put together easily in seconds without glue or modeling skill! 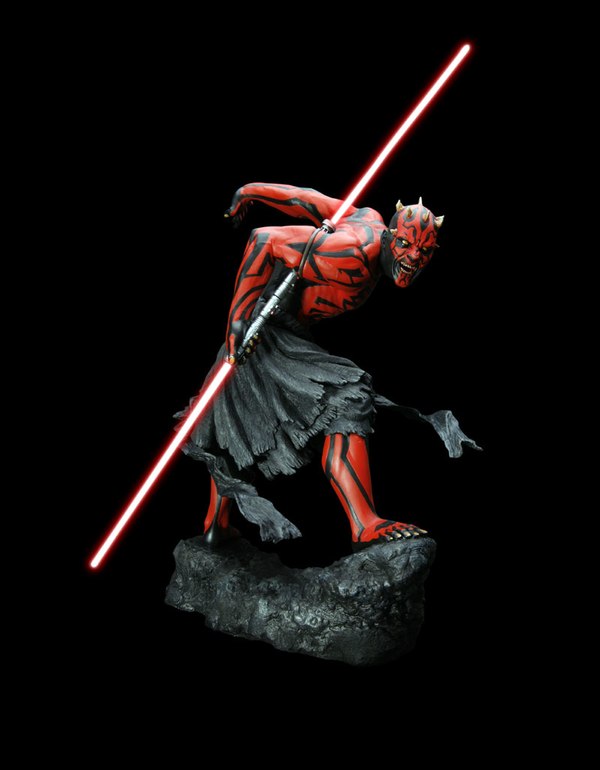 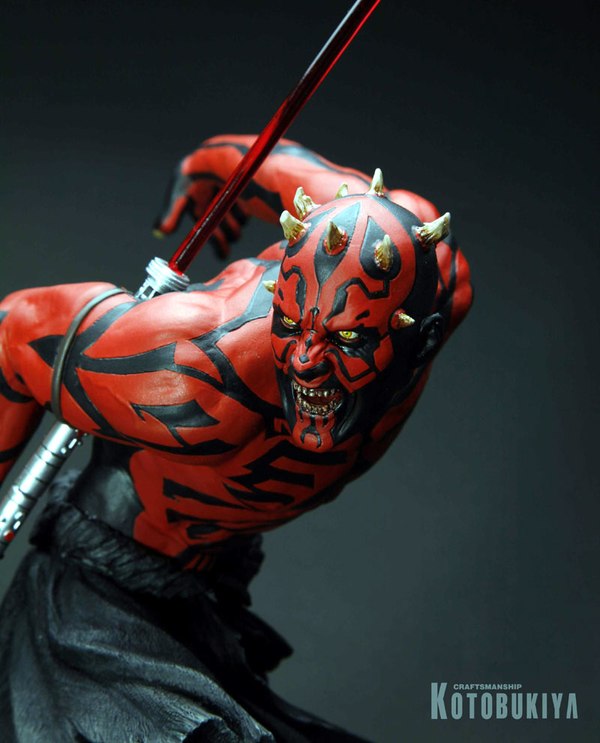 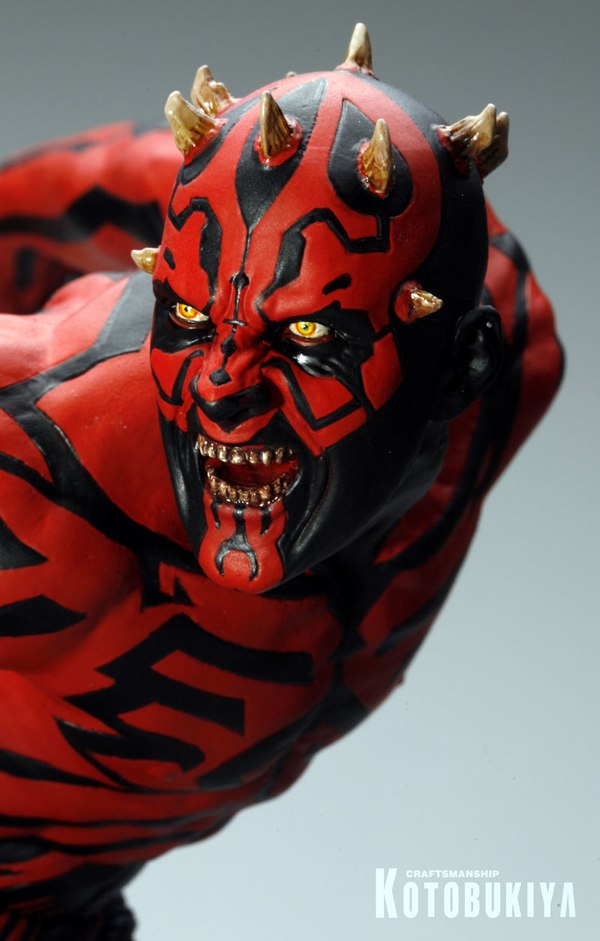 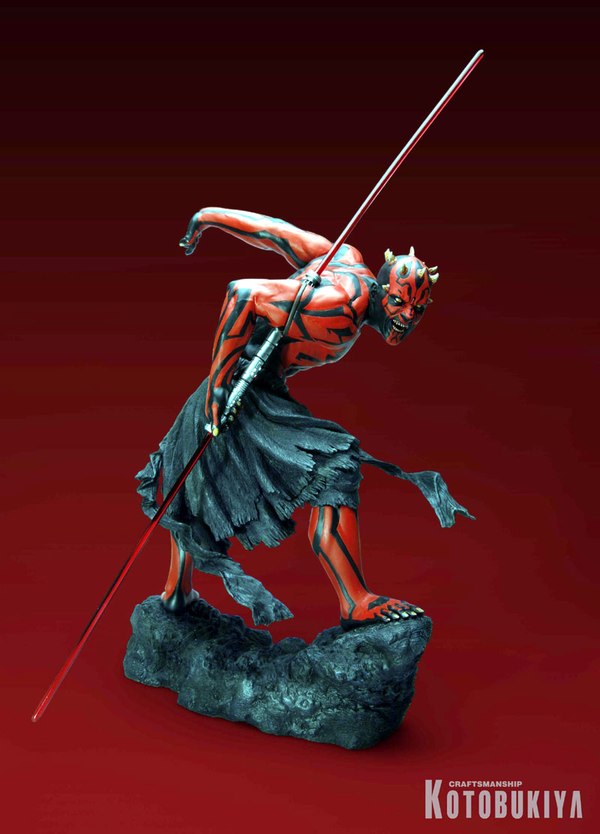 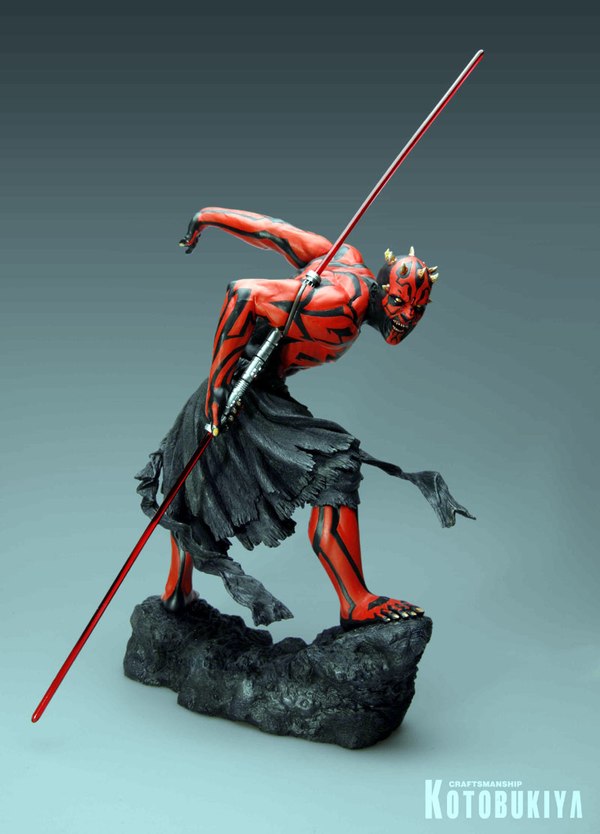 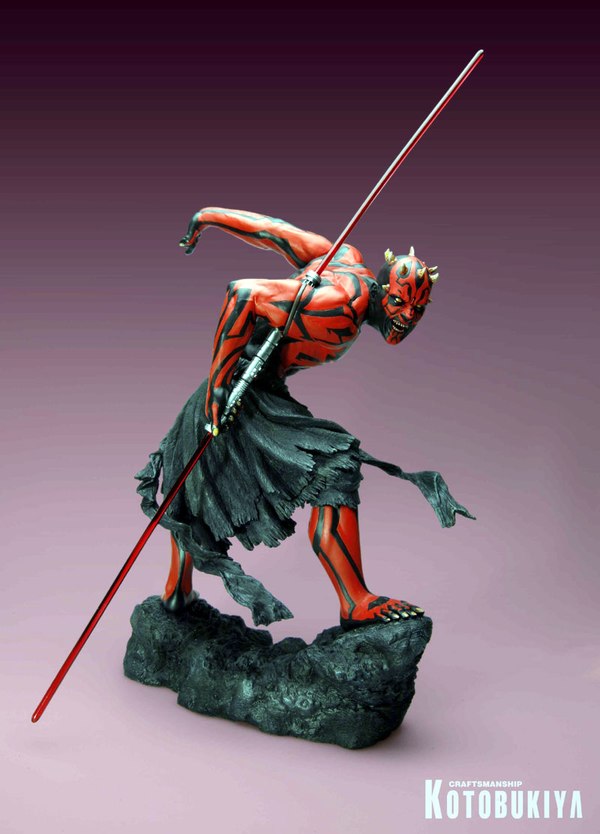 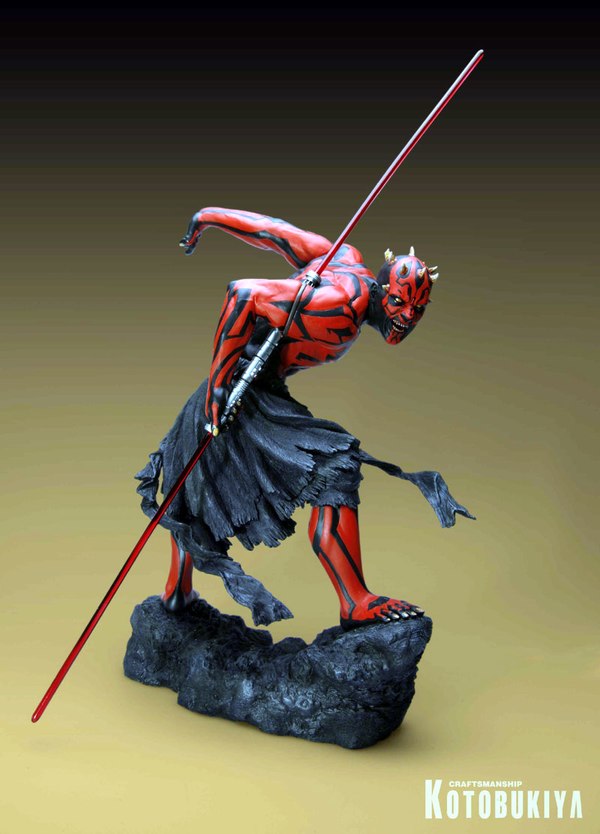 People here are really bad about that. Even if I am already stopped first at a 4-way stop. My brother took driver's ed in the town I live in and his teacher slept the whole time with every student. It's no wonder nobody actually knows how to drive.

OH I KNOW!!! That's so obnoxious.. sometimes I wish I could just hit them, and they be at fault. They're so annoying!!

Nobody can drive here either. Stopsigns and red lights might as well not be there. Or speed limits. Or lines in the road. People barely stay in their own lanes.

NO one knows how to drive??

Yeah I do... And I Have to know all the short cuts around there, otherwise I'd be stuck in traffic everyday for hours.

NO one knows how to drive...

OH yeah, and I've been working... LOTS. And hangin out with Joe. Also lots.

Six Flags Great Adventure is only about 7 minutes away from me. Obviously I've never been to Palisades Park... @lol@

Oh so you live in Jackson NJ

I did know you weren't at Palisades

I live about 2 hours away from Disney World

I broke my wrist and had to get surgery, after that, its been pretty boring. that was about 5 weeks ago though, my wrist works pretty good now, but I still can't put much weight or pressure on it. I can play drums again which is nice, but it really hurts after about an hour or so.

I started working on bikes again, fixing them up and selling them. My grandpa took me out to the recycling center in the country, and I picked up 5 bicycles, got one done already, for sale for 40 bucks. I found a computer there too in great shape, its a PIII 933 with a 40 gig hard drive. I had to put windows XP on it, but after that it works great. awesome little machine for being garbage

Even has a DVD rom and CD burner in it.

nothing else going on really, watching lots of movies, and playing a game called Second Life, building stuff and trying to make money selling the stuff I build in the sim.

My wife and I went to Minnesota to see family in June...it was basically a fishin' and beer drinking vacation. @lol@

I also had my 10 year class reunion two weekends ago. It was kinda cool to catch up with old friends, and see what everyone has been up to for the last 10 years.