Following 2009's sold-out Boba Fett concept mini-bust is the new original concept art Darth Vader, based on the drawings of Ralph McQuarrie and Joe Johnston. McQuarrie is often credited with developing the look and feel of the Star Wars trilogy. McQuarrie and Johnston worked side by side to develop this version of the evil overlord. Though it is uniquely different than the final film version, the piece still holds true to the final feel of Vader's timeless helmet and black armor.

This Darth Vader Mini-bust will be sold exclusively at the 2010 San Diego Comic Con. The piece features 3 different interchangeable heads and is a highly collectible limited edition.

G4 is also giving away a 1 of a kind prototype for the con exclusive for more info on how you can enter to win it, CLICK HERE. 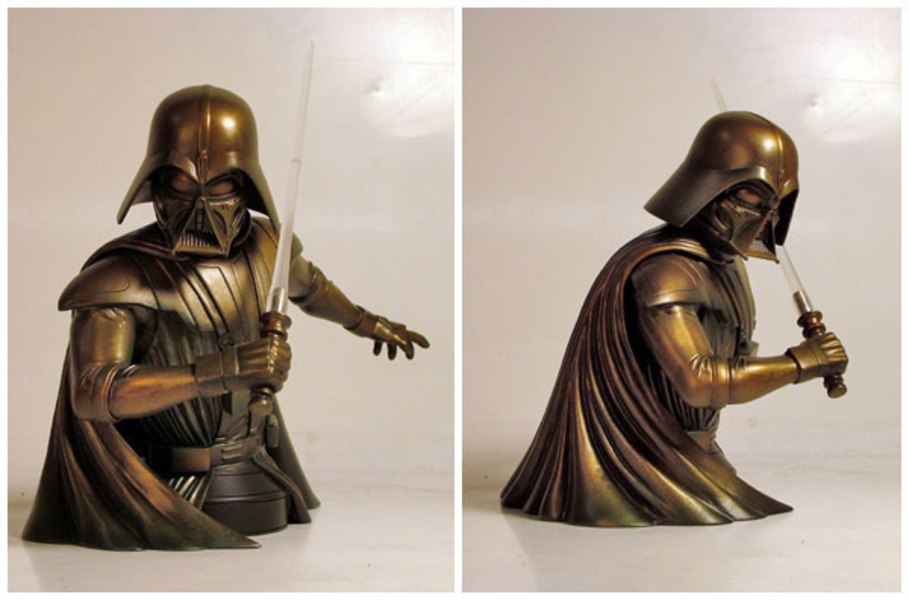