Jay Cochran - August 19, 2009
A Diamond Select Release! Add the droid that started it all to your collection and start saving the galaxy one coin at a time with this all-new Star Wars R2D2 Figure Bank! Perfectly in scale with your Ultimate Quarter Scale action figures, this Oluf Hartvigson sculpt measures approximately 11 inches tall and features all the style and precision details of an expensive statue at a fraction of the price!
Image 1 of 1 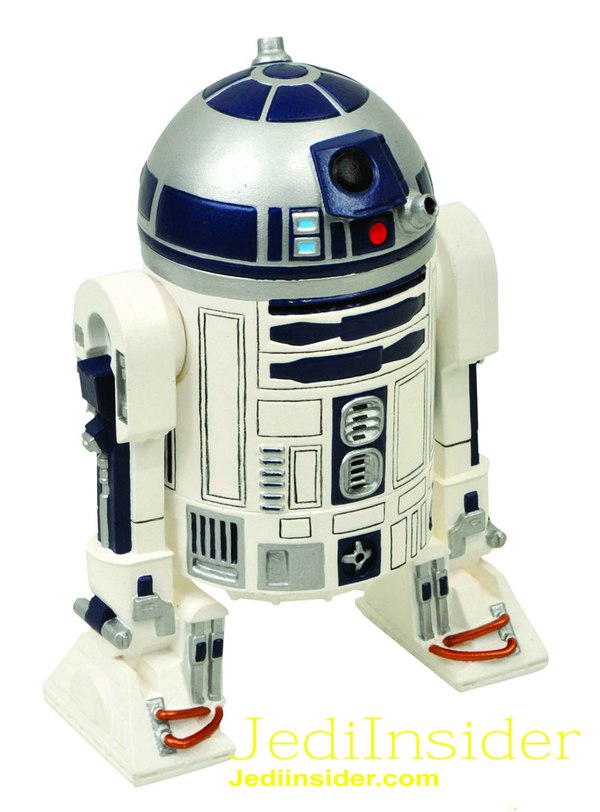 I can understand Marion

As for Short Round ..RoyalMarine

I thought he was cool to have around

I couldn't stand Willie... She was annoying.

I liked Marion best from Raiders because at the end of the day, she was a match for Indy, rather than like Willie, who was there to be the Damsel in Distress. Although, there were scenes in all the movies that made me laugh with all of them

Like in Temple, the whole Campfire scene with Indy and Willie. That was brilliantly made. However for most of Temple, Willie just came across as a whiny, annoying damsel in distress, which didn't work for me.

I did like Elsa and Spalko too. They had a similar quality between them. I did like the way they both managed to blind Indy with their looks and charm to hide their real plans.

3) Willie- I hated her in ToD and that little kid too. "chilled monkey brains"

Willie was an annoying little b**ch!

Elsa was sexy but Marion was by far the best! Who else hits perverts in the face with frying pans?

What about Colonel Dr. Irina Spalko? I mean those cool karate chop moves.....receiving the Order of Lenin 3 TIMES no less....and the way she sunk her teeth into those "w"s. Sexy.

Willie was an annoying little b**ch!

Elsa was sexy but Marion was by far the best! Who else hits perverts in the face with frying pans?

Elsa was the hottest, but that's only if you want her for one night. Treacherous, backstabbing women are very unappealing in the long run.

Marion is number 1 in my book and Willie Scott is a fun #2.

I liked Elsa the most.

Marion and Willie were too loud for me and Elsa had that sexy accent.

Karen Allen is on a cover of some Magazine this week

To me she looks great

She is 56 now and looking good