Product Summary
The Han Solo in Carbonite 12-inch Figure Environment captures every detail of the carbonite slab as Han hung suspended as a trophy on Jabba's wall, motionless and frozen in time. The piece is constructed of highest quality materials, incuding heavy-weight polystone, then hand painted and hand-finished to Sideshow's exacting standards. Han in Carbonite is suspended from the palace wall display using a single pin and magnet system, and can be removed from the wall for additional display configurations. The Han Solo in Carbonite 12 inch Figure Environment is a stunning addition to any collection, and the perfect complement to your Star Wars 12-inch Figure collection.

Product Backstory
Former smuggler and space pirate, Han Solo is the rugged, devil-may-care captain of the Millennium Falcon. Fast thinking and quick with a blaster, Han is noted for his narrow escapes from dangerous situations, many of which are the result of his own brash and arrogant behavior. His skill with a blaster and uncanny luck are equaled only by his extraordinary piloting abilities.

After winning the Falcon from fellow gambler and friend Lando Calrissian, Han extensively modified his ship to become one of the fastest space vessels in the galaxy. For this reason, he is hired to transport Jedi Knight Obi-Wan Kenobi and young Luke Skywalker on a mission that will forever alter Han's roguish course. After helping to rescue the Rebel leader Princess Leia from the clutches of the evil Empire, the charming yet insufferable pilot finds a focus for his flyboy talents. No longer a reckless vagrant, Han Solo becomes a general in the Rebel Alliance and is recognized as one of its most deserving and courageous heroes.

With the Rebel base on Hoth under siege, Han Solo and Princess Leia escape to Bespin's Cloud City. Darth Vader dispatches a number of bounty hunters to locate and capture the fleeing Rebels. Boba Fett, the Mandalorian bounty hunter, tracks the Millenium Falcon to Cloud City, and alerts Lord Vader to their location. Darth Vader orchestrates a clever trap, forcing the cooperation of Lando Calrissian, the administrator of Cloud City, wherein Han and Leia will be used as bait to lure his true prize, Luke Skywalker. Darth Vader intends to immobilize Luke by freezing him in carbonite, rendering him safe for transport, and tests the process on Han Solo. It is a clever deal, as Boba Fett is rewarded for his aid in the Rebel capture, and is also allowed to take the carbonite encased Han Solo back to Jabba the Hutt, and collect the bounty offered by the vile gangster as well. Han Solo suffers the painful injections and near torterious preparation process, and once encased in carbonite, is loaded into Fett's Slave 1 ship, and delivered to Jabba's palace where he remains frozen in perfect hibernation until Leia, Lando Calrissian, Chewbacca, and Luke Skywalker can rescue. 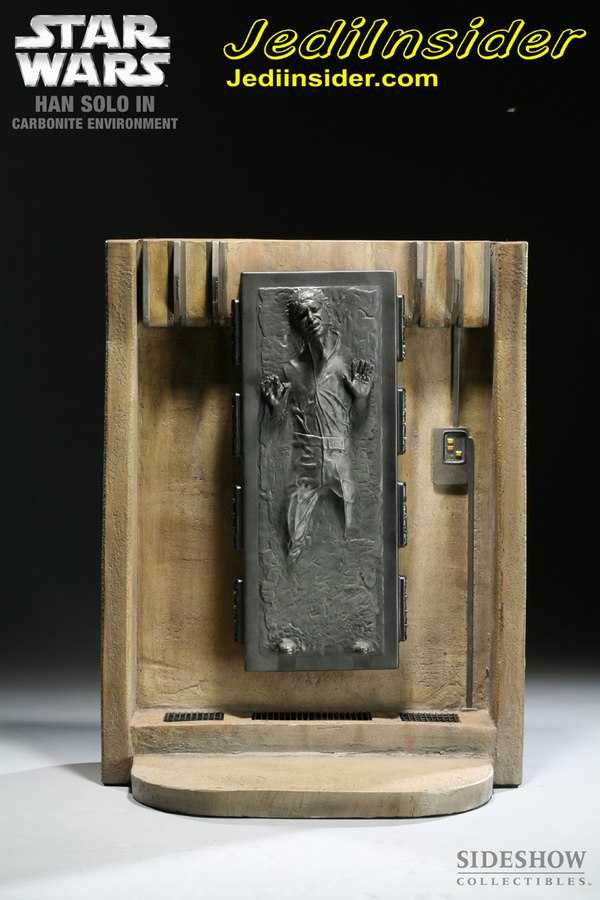 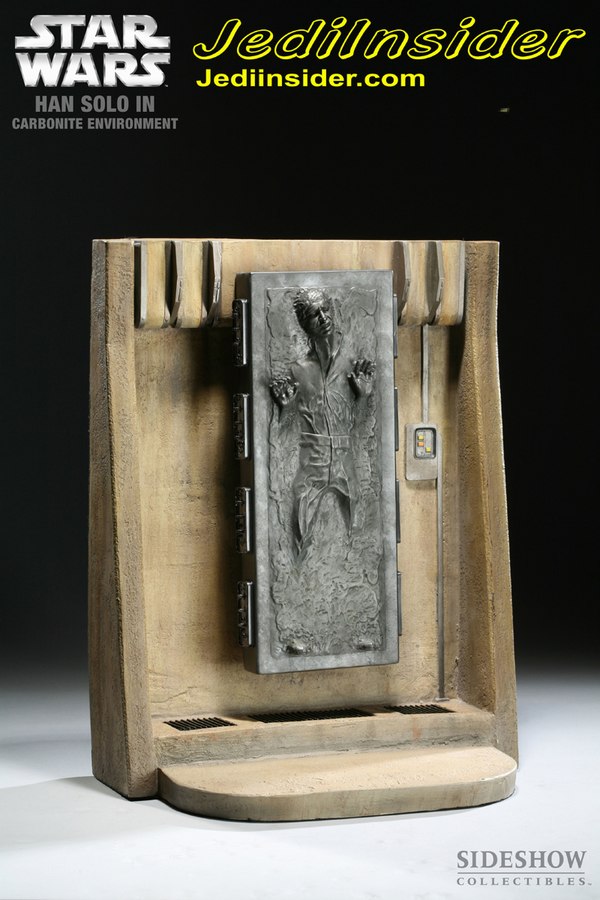 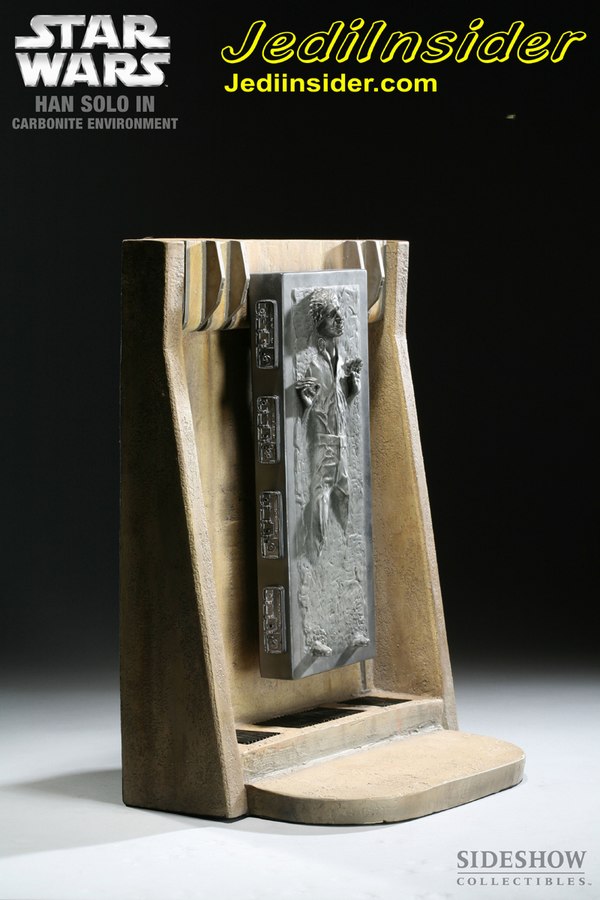 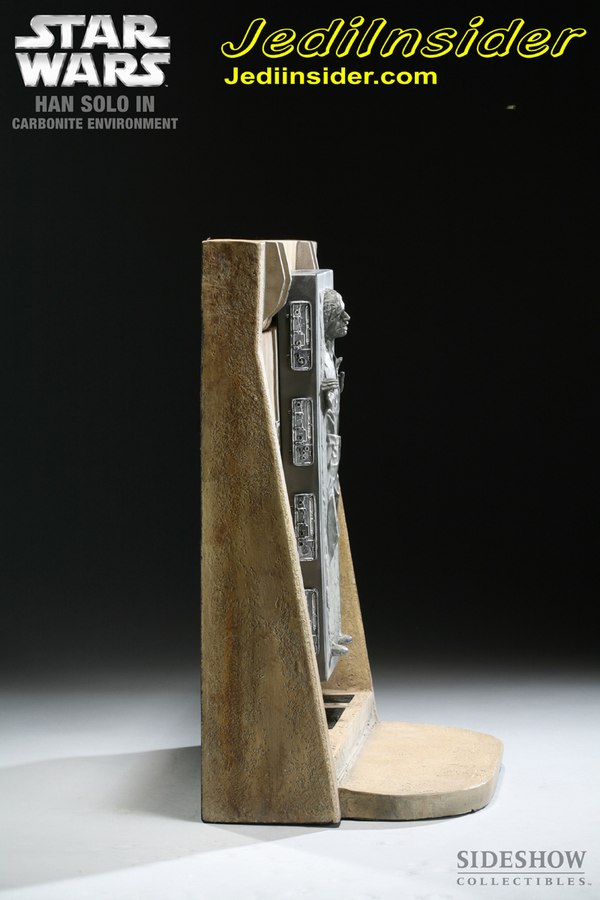 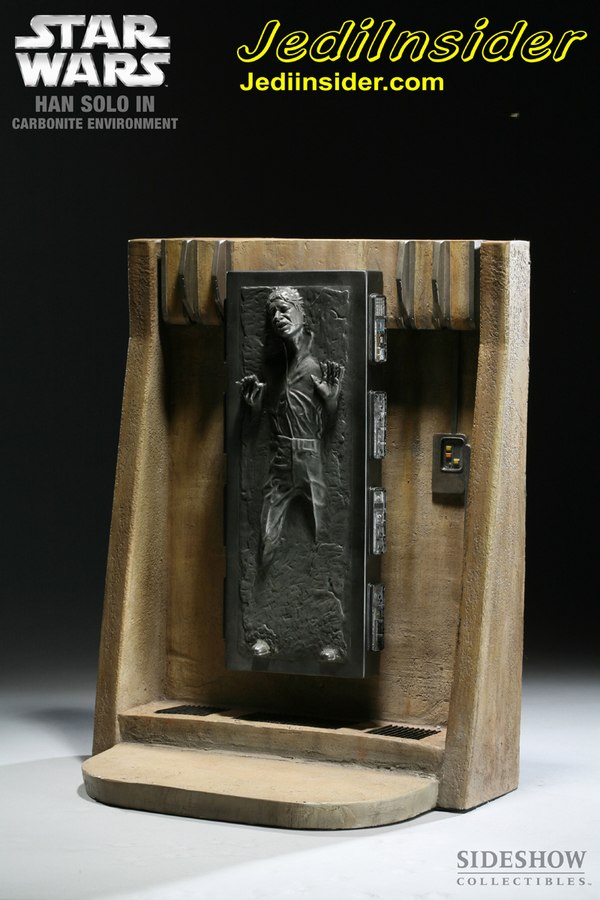 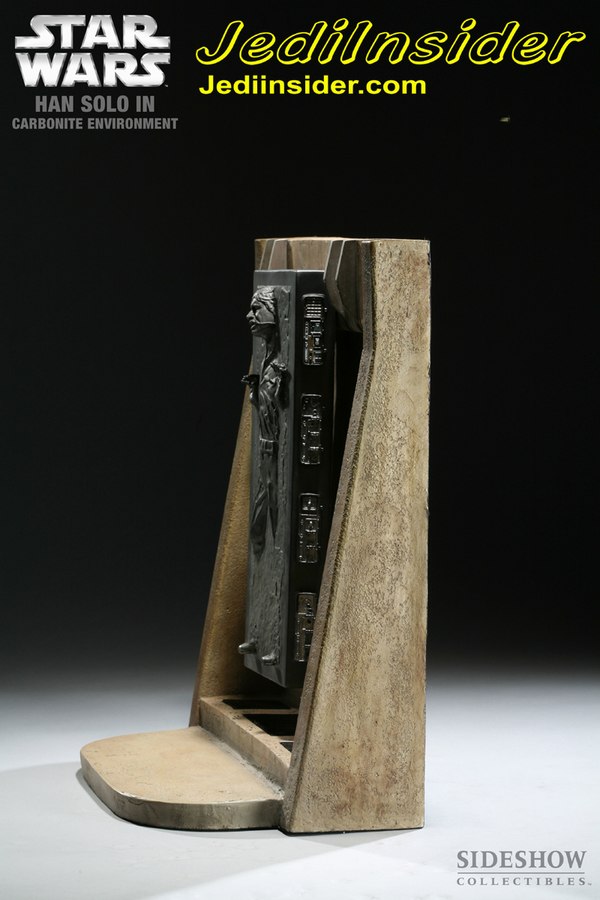 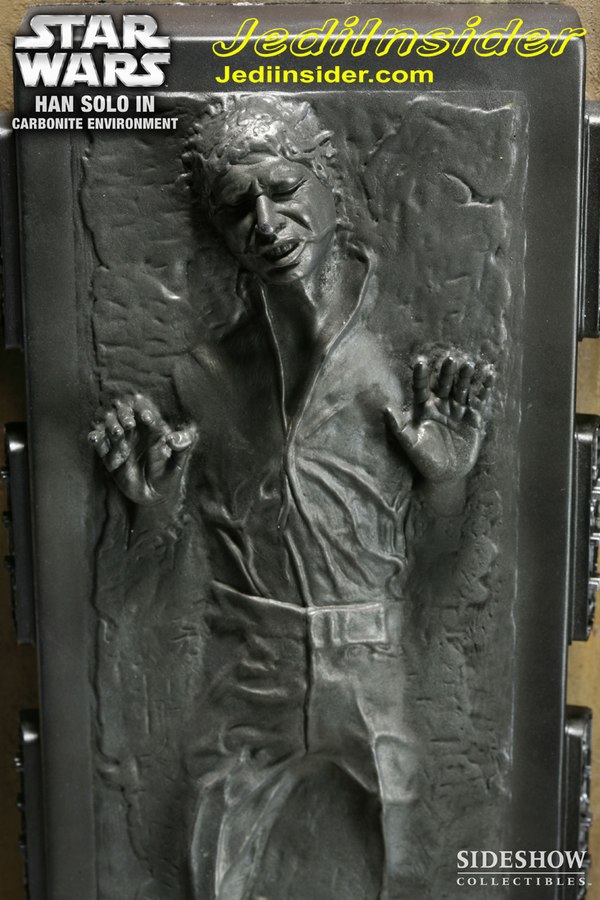 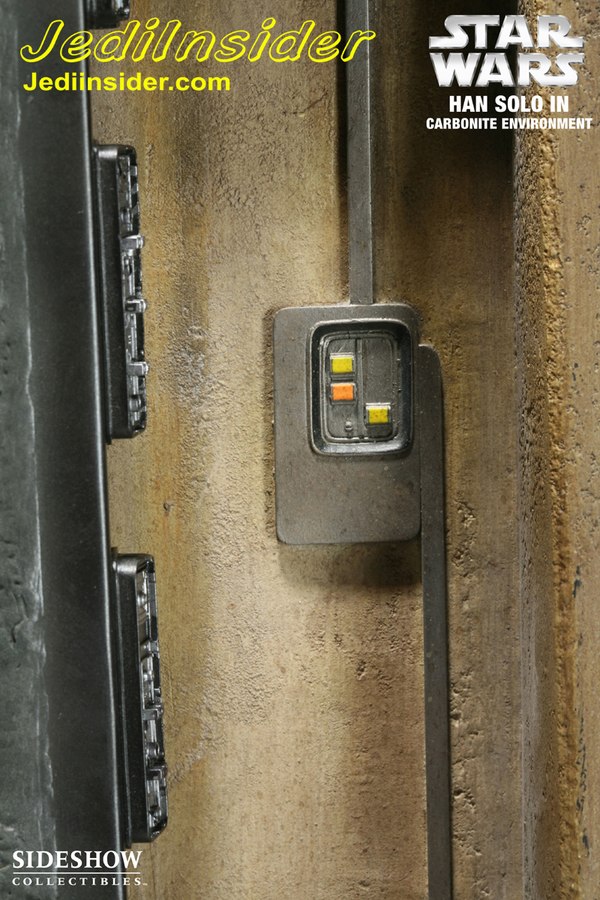 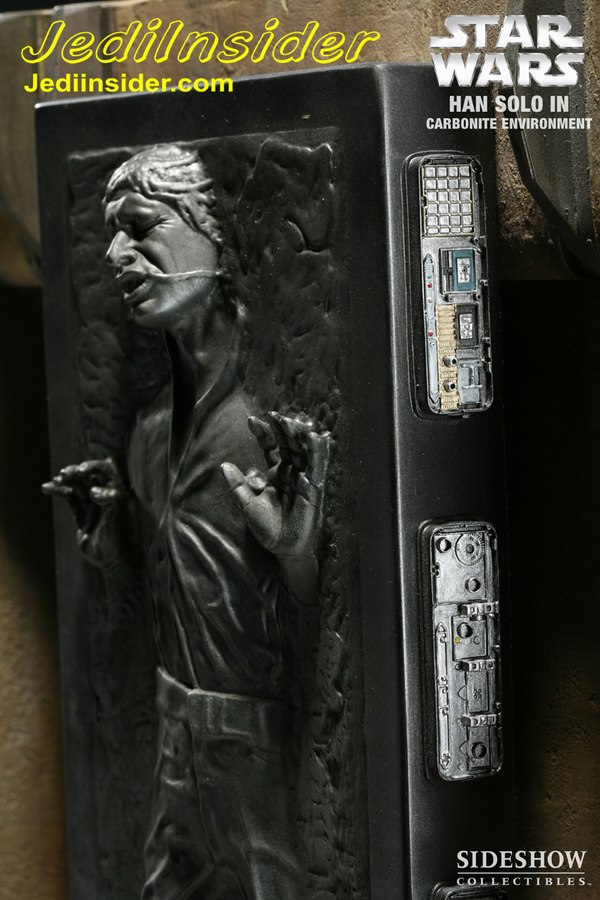