Cartoon Network Celebrates the Premiere of STAR WARS: THE CLONE WARS with 2,000 House Parties Across the Country

Jay Cochran - September 23, 2008
On Saturday, Sept. 27, in homes across the country, thousands of kids, along with their families and friends, will get a sneak peek at one of the most anticipated television series of the fall, STAR WARS: THE CLONE WARS. On that same day, one lucky youngster is getting his own world television premiere event in his hometown of Chicago, Ill.

Cartoon Network is partnering with House Party, a leading word-of-mouth company in the area of viewer engagement, to premiere the debut of the groundbreaking television series via 2,000 in-home viewing parties across the country. Each child who is hosting a premiere will receive a party kit that includes a lightsaber, character masks, glow sticks, tattoos, stickers, posters and balloons for all of their guests. Cartoon Network will also make the first two episodes of the eagerly awaited series available to hosts for their parties. STAR WARS: THE CLONE WARS, the first weekly television series from Lucasfilm Animation, premieres on Cartoon Network Friday, Oct. 3, at 9 p.m. (ET, PT).


Calvin Rodgers, the lucky nine-year-old Chicagoan, meanwhile, will literally have the red carpet rolled out for him, his family and friends, and hundreds of other special guests, at the Park West Theater in Lincoln Park. He was recently surprised with the exciting news when a group of clone troopers came to his school, Edgar Allen Poe Classical, and delivered STAR WARS books donated by Penguin Books to help celebrate the debut of the series. Along with a screening of the first two episodes, guests at his premiere will also enjoy a fun-filled afternoon of STAR WARS-related activities and games. Several other kids hosting parties on that day will also receive surprise visits at their homes from clone troopers.


House Party, which engages a select group of consumer advocates to host House Party events where a brand, product or show is at the center of the party, gives fans an opportunity to host viewing parties for friends and family in their homes before a show airs to the general public. House Party provides the host parents and their kids with all the supplies needed to host. The company also asks its hosts to share stories, photos and videos about their party through the House Party microsite. Hosts can share their STAR WARS: THE CLONE WARS party at www.houseparty.com/starwarstheclonewars.


In the signature style of Lucasfilm Animation, STAR WARS: THE CLONE WARS chronicles the adventures of Anakin Skywalker, Obi-Wan Kenobi, Yoda, Ahsoka Tano and other favorite STAR WARS characters as they struggle against the dark side during the divisive, action-packed Clone Wars. Each week, a new story in the galaxy-changing Clone Wars comes to center stage, brought to the screen by supervising director Dave Filoni and executive producer George Lucas.


Dwindling numbers of Jedi fight to maintain freedom and restore peace to the galaxy, using their army of genetically engineered clones against the seemingly never-ending droid army. The terrible conflict grows wider as our heroes are swept into the turmoil of war, while the evil Count Dooku, his assassin Asajj Ventress, their master Darth Sidious, the mechanical General Grievous and a rogue's gallery of never-before-seen villains scheme to defeat them.
Image 1 of 1 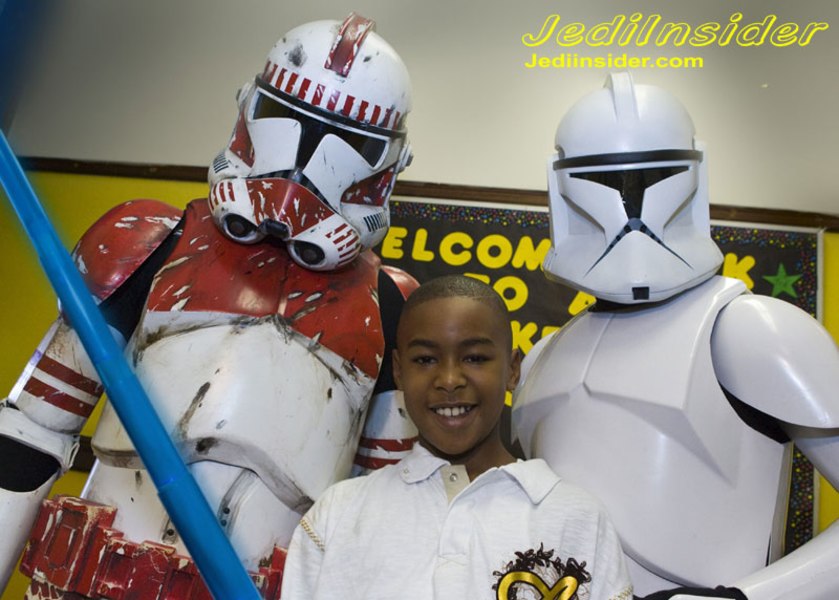