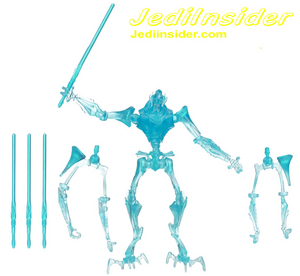 To celebrate the highly anticipated August 15 theatrical release of Star Wars: The Clone Wars, Toys“R”Us, U.S. and Lucasfilm Ltd. have partnered to create the ultimate Star Wars destination in Toys“R”Us stores nationwide and online at www.Toysrus.com. The adventure begins in July with the installation of countdown clocks in every store, ticking toward the July 26 launch of the largest selection of toys, construction sets, role play accessories and more based on Star Wars: The Clone Wars.

“For more than three decades, Toys“R”Us has been the ultimate destination for kids and collectors interested in bringing home the magic of their favorite Star Wars films,” said Greg Ahearn, Senior Vice President, Marketing and e-commerce, Toys“R”Us, U.S. “Our partnership with Lucasfilm will bring Star Wars: The Clone Wars to life with stunning in-store boutiques, an unparalleled assortment of products and exclusives, and up-to-the-minute countdowns to Star Wars excitement throughout the year.”

“Toys“R”Us has been an ardent supporter of the Star Wars franchise since the introduction of the first toy line in 1977,” said Howard Roffman, President, Lucas Licensing. “Generations of kids have found their favorite Star Wars toys on the shelves of Toys“R”Us stores, and we’re thrilled that they will also be a major partner to Lucasfilm on The Clone Wars.”

COUNTDOWN TO A GALAXY FAR, FAR AWAY
When the clock strikes midnight on July 26, more than 225 Toys“R”Us stores from coast to coast will open their doors, giving Star Wars fans the first opportunity to purchase toys from the new collection. The two biggest celebrations will take place at Toys“R”Us Times Square and Toys“R”Us Mission Bay in San Diego, where Star Wars aficionados are encouraged to come dressed as their favorite character and take part in a “Cloned Costume Contest.” Star Wars enthusiasts attending these two events will also be treated to trivia, games and a galaxy of excitement and prizes, while supplies last. As an added bonus, customers who purchase Star Wars merchandise at any Toys“R”Us store during the midnight events will have the opportunity to receive special gifts, including a Star Wars Holographic General Grievous (See Below) action figure from Hasbro or a LEGO reversible poster, while supplies last.

The Star Wars virtual store also opens at www.Toysrus.com/StarWars at 12:01 am on July 26 for fans who are unable to attend the midnight festivities in person. Additionally, customers visiting the site will be able to locate the Toys“R”Us stores in their area hosting midnight events on July 26.

THE FORCE IS STRONG IN-STORE AND ONLINE
Beginning July 26, Star Wars toys will also receive a place of honor in dedicated boutiques in every Toys“R”Us store. Filled with dazzling visuals based on Star Wars: The Clone Wars, the boutiques will showcase the largest assortment of Star Wars toys, games and construction sets available, including several exclusive items available only at Toys“R”Us. Star Wars fans should also note that Toys“R”Us stores nationwide will receive regular shipments of new Star Wars: The Clone Wars merchandise.

EMPEROR’S CHOICE - EXCLUSIVE PRODUCTS
Star Wars: The Clone Wars products that will be available exclusively at Toys“R”Us stores and at www.Toysrus.com/StarWars starting July 26 include:

Star Wars: The Clone Wars The Twilight See Below from LEGO
Based on the animated series, the Twilight is a temperamental but powerful starship piloted by Anakin Skywalker throughout his adventures during The Clone Wars. This massive LEGO model that kids can build themselves features retractable landing gear that is activated by moving the wing, a flick missile, a side-mounted escape pod, moveable laser cannon turrets and four minifigures including Anakin Skywalker, Ahsoka, Rotta and R2-D2. No batteries required. Ages 9 and up.

Star Wars: The Clone Wars Separatist Spider Droid (See Below) from LEGO
In the continuing conflict of The Clone Wars, the Separatists army unleashes a spider-like machine of destruction against the Republic forces. Based on the droid featured in the animated series, collectors and kids can build and display this new Star Wars vehicle, which includes two fully moveable disk-shaped laser cannons, four fully independent and postionable stilt legs and five minifigures such as Commander Fox, a clone trooper, one battle droid, one super battle droid and one battle droid commander. No batteries required. Ages 7 and up.

Star Wars 3 ľ-inch T.I.E. Fighter from Hasbro
The standard ship of the Imperial fleet, the T.I.E. Fighter was at the heart of every conflict, big and small, between the Rebels and the Empire in the original Star Wars trilogy. Featuring a T.I.E. Pilot action figure, the 3 ľ-inch scale T.I.E. Fighter is ready to battle alongside Darth Vader and the Emperor in their efforts to crush the Rebel Alliance. No batteries required. Ages 4 and up.

Star Wars 3 ľ-inch STAP Attack Battle Packs from Hasbro
In Star Wars Episode II: Attack of the Clones, the first battle of the Clone Wars was waged on the planet of Geonosis. One of the key reconnaissance tools of the Separatist army during the battle was the Single Trooper Aerial Platform (STAP). Now, kids can relive the first battle between the Clone army and the Separatists with this battle pack, filled with two 3 ľ-scale STAP vehicles, two Battle Droids and one Super Battle Droid. No batteries required. Ages 4 and up.
Image 1 of 7 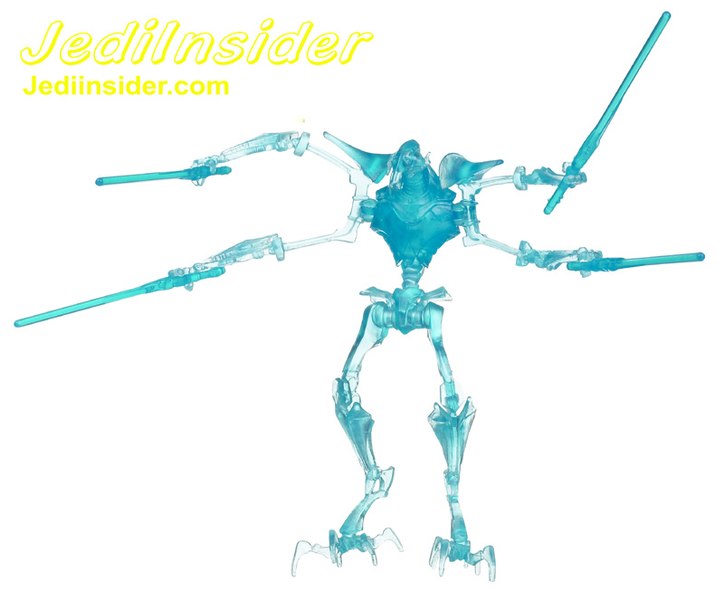 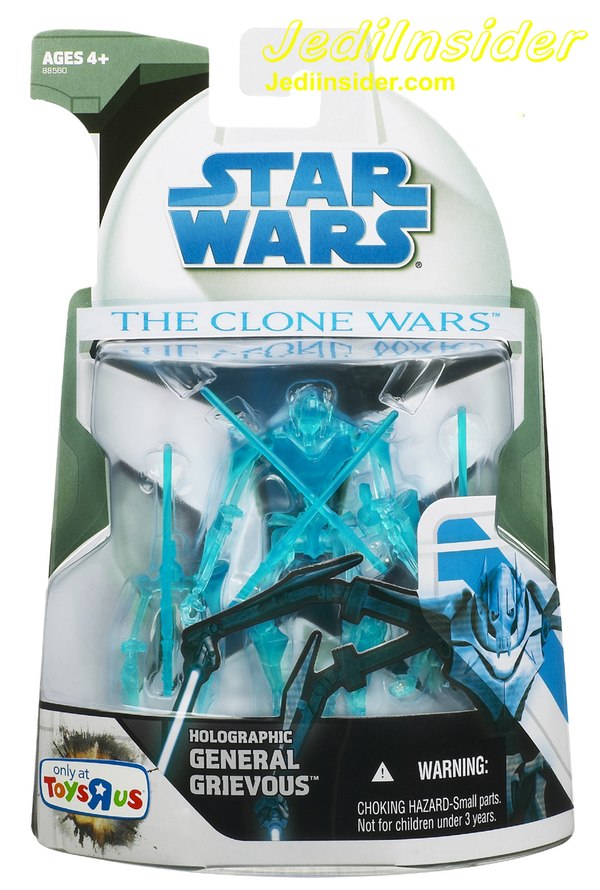 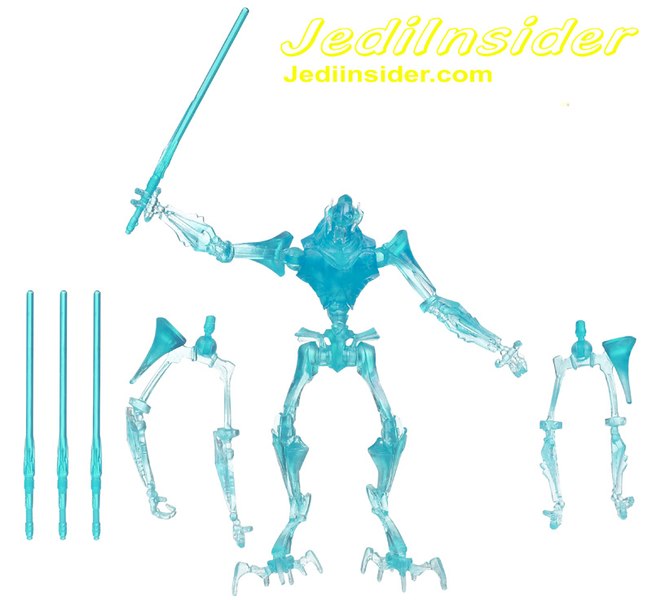 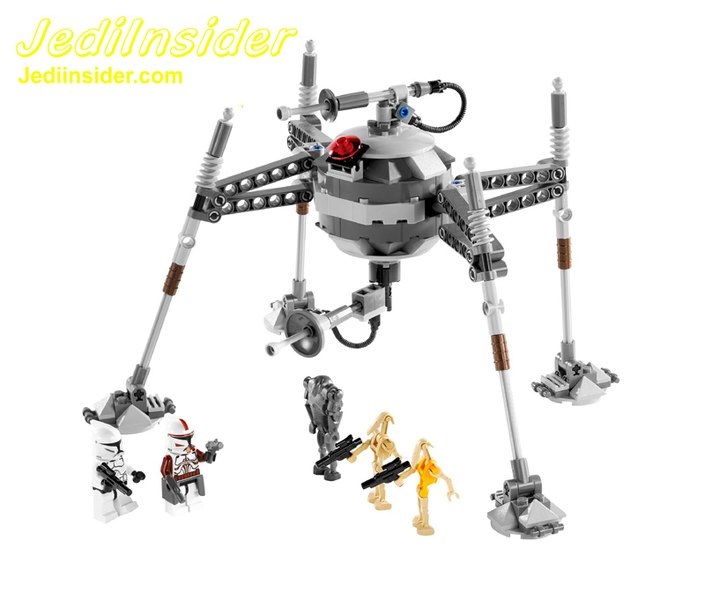 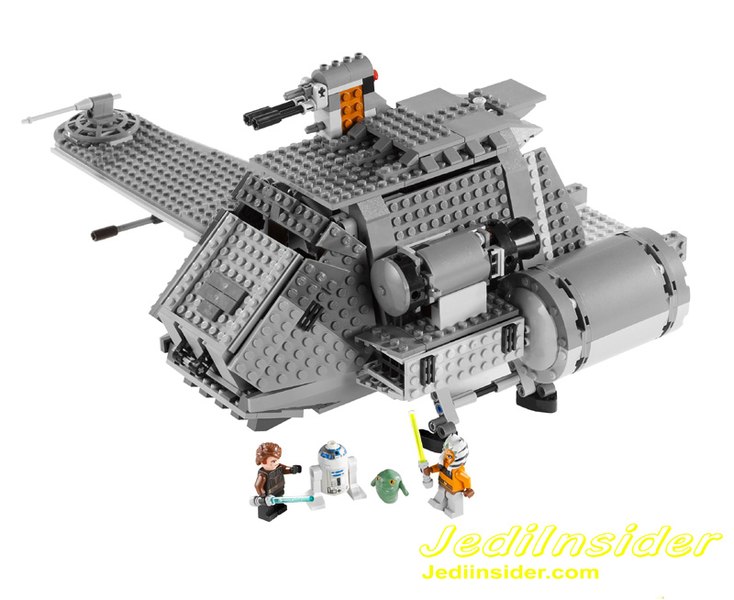 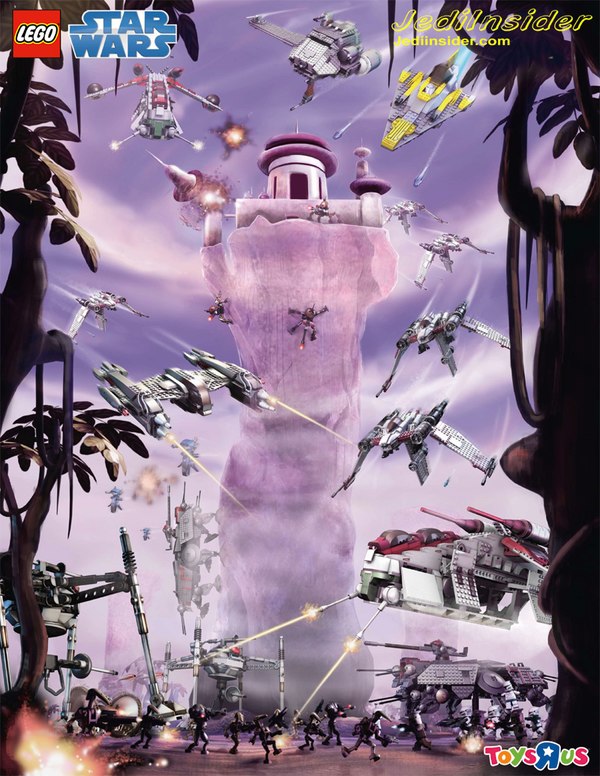 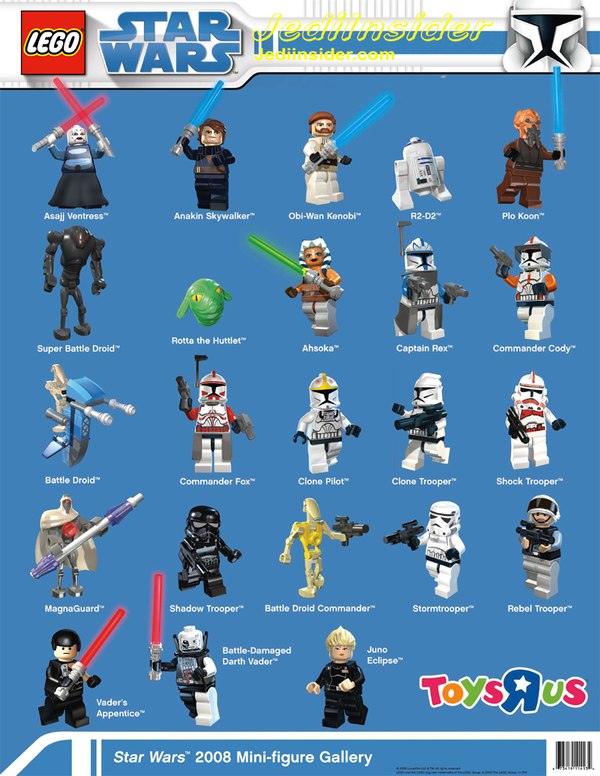